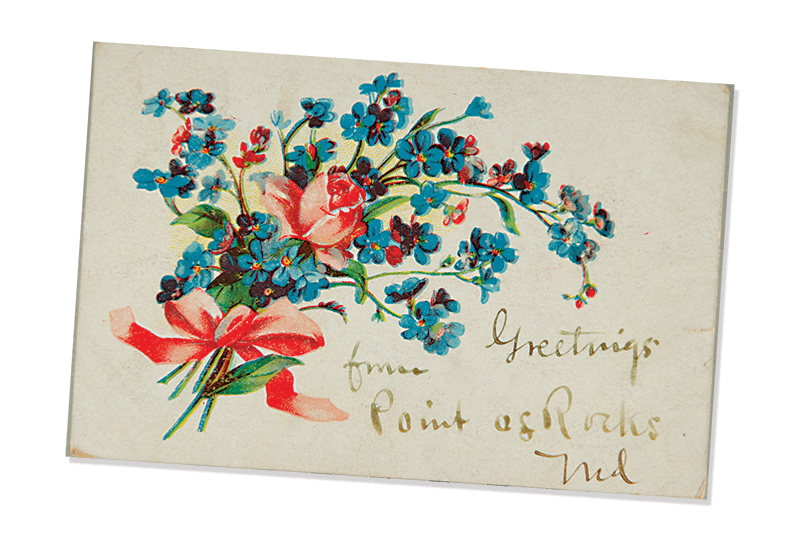 This postcard was mailed in 1908 from a man named Henry to Ella Ogle of Adamstown. His message reads, “Dear Ella, I have been ordered to East Brunswick on 2nd truck today + tomorrow so cannot get down tonight will be down Wednesday Night.” The postcard left the Point of Rocks post office at 10 a.m. on March 16 and arrived in Adamstown at 6 p.m. the same night.

Point of Rocks was first named Nelson’s Island after Arthur Nelson, the first white settler in the area, though it seems to have always been informally referred to as Point of Rocks due to the area’s geography. The modern town was surveyed in 1835, when landowner Charles Johnson began laying out a village to take advantage of the B&O Railroad and the C&O Canal, both of which ran through the area. As a transportation hub, Point of Rocks became a high-value target by Confederates during the Civil War, especially since its location on the Potomac River made it easy to raid from Virginia.