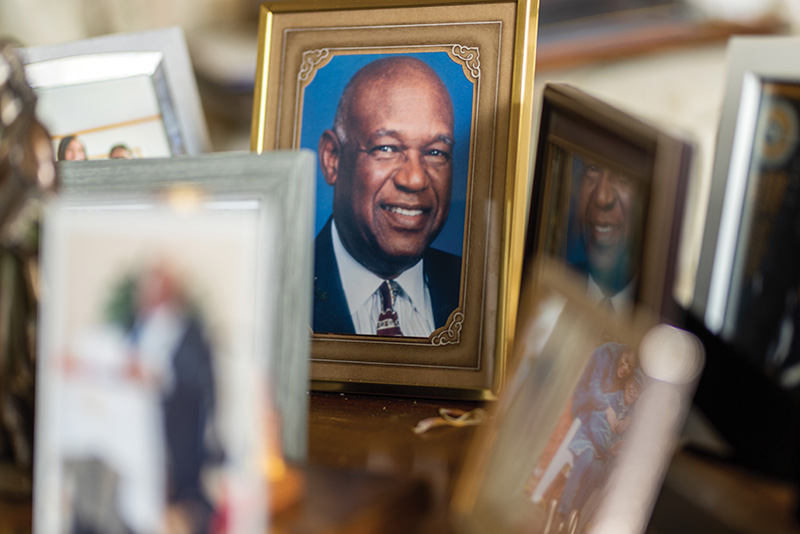 Half a century ago, amid the heightened racial tensions of the Civil Rights movement, Ku Klux Klan activity increased in Frederick.

Into this tinder box stepped George E. Dredden—activist, community leader and, most importantly, person of action.

“There was an incident. [The Klan] came to South Street getting ready to start some trouble,” recalls Dredden’s wife, Ruth. “George and [Alderman] Bill Lee walked down the street with Chief Main to calm people’s minds. It was a scary time.” Crisis was averted.

That was George E. Dredden. The longtime Frederick resident served as deputy director of the National Training Institute of the Equal Employment Opportunity Commission, but was also a newspaper publisher, community advocate and a man with a plan. At any given time, he was working on several projects—taking strategic vision, putting it into action and persuading others to join him.

Born in Charlottesville, Va., and raised in Delaware, he claimed Frederick as his adopted home. Along with Ruth, he raised a family here and grew a personal and professional network that crossed racial, economic and political lines. More than a decade after his death, his family, friends and professional colleagues still talk about his sharp mind, business acumen, political savvy and passion for education and community service.

“He was a visionary, magnetic leader,” says Ted Luck, retired educator and member of the Frederick Community College Board of Trustees. “I thought he was great at communicating his ideas and getting people to believe them. I knew George could pick up a phone and talk to anybody.”

“He was a visionary, magnetic leader.” – Ted Luck

His artful skills served him well in his professional career. At the EEOC, he conducted investigations on behalf of those who filed claims and his work took him all over the country. He joined the agency after serving in the U.S. Navy and working as a lab technician and supervisor at Fort Detrick. He was active in Rotary and was recognized as a Paul Harris Fellow by Rotary International. He also served as president of the Frederick County Chamber of Commerce and sat on the boards of both the First Bank of Frederick and Frederick County Bank. While his professional life was full, he made time to invest in the community serving as secretary of the Frederick Chapter of the American Red Cross, and on the board of directors of the YMCA and Frederick Memorial Hospital. 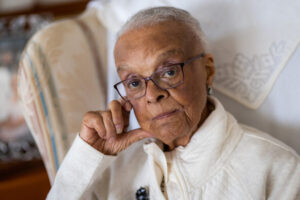 After retiring from the EEOC in 1986, Dredden did not hit the brakes, he merely shifted gears. He persuaded a group of investors to publish a newspaper featuring the accomplishments of the African American Community. He assembled a staff and in 1990 launched The County Globe. Luck was taken by the idea and signed on as the director of photography. “I said yes pretty quickly. It really gave me an opportunity to meet people in the community.”

The bi-monthly publication covered Carroll, Frederick, Montgomery, Howard and Washington counties. Rose Chaney was the assistant editor and art director. She says Dredden served as a mentor to her. “I admired his drive to make things happen any way he could,” she says. “He got things done. He persevered. The County Globe was one of his biggest accomplishments.”

In the first issue of the paper in a column titled, “The Publisher’s Birth of an Idea,” Dredden wrote, “I approached my wife with the idea of starting a newspaper as a business venture. Over the years I have developed a strong sense of respect for her assessment of things I have wanted to do. The ensuing dialogue convinced me that a newspaper, developed and managed by minority interest, could be a reality in this area.”

Ruth Dredden, his wife of 54 years, is a retired educator who worked in Frederick County public schools for more than three decades. The couple met while earning degrees at Morgan State College. “The Black community was not well-represented in the local news, so he wanted a publication to be inclusive,” she says. “He had a passion about Frederick, a concern about the community. He encouraged a lot of people and he tackled problems.”

The County Globe stepped in where other regional publications left gaps. The paper covered African American-owned businesses, local civic and social clubs, community service activities at schools, Black fraternities and sororities, and local politics. Throughout its 15-year run, the paper also covered some national events. Ted Luck recalls going to Washington, D.C., to photograph the Million Man March in 1995 and reporting on the speech delivered by musician and activist Isaac Hayes. 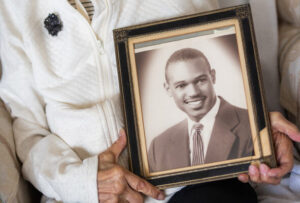 In addition to his work on the newspaper and in the community, Dredden established his own discussion group/think tank called the Political Umbrella Group (PUG), a coalition that met in members’ homes or local coffee shops for long, deliberate talks about how to educate the African American community about public affairs and politics.

PUG was not affiliated with any political party and welcomed Democrats, Republicans and independents to its ranks. Among its members was Alderman William O. Lee, Dredden’s longtime friend and confidante; the two discussed city business at length. PUG members interviewed incumbents and new candidates and pooled their money to financially support those they believed would help provide a more inclusive environment for minorities in the city, county and state.

“We talked about ways in which we could get people involved in politics,” says Warren Dorsey, a microbiologist, retired Frederick County teacher and school principal, and a long-standing member of PUG. “We encouraged people to be intelligent about current events and politics. We talked about the education system where politics played a role.”

In a December 1990 opinion piece published in The County Globe, Dorsey wrote, “We cannot afford to be forever the invisible factor in local elections. We should, at last, sense that we have power and that we can exert a significant influence on shaping our future in this county.” He urged readers to “unite in forging our own destinies” and no longer be “satisfied to accept the decisions of the entrenched power structure without our participation.”

Earl Robbins benefited from Dorsey’s ideas and calls to action. At the time he was employed as a public affairs official for Eastalco and worked with PUG to land a seat on the Frederick County Board of Education, serving two 5-year terms from 1986-1996. Back then, school board members were appointed by the governor with input from county officials. He was the second African American to be appointed and PUG was instrumental in getting him in front of county officials for their assent. “When we were told that there were no qualified people to fill vacancies, we said we’ll find qualified people for you,” Robbins says.

Robbins described Dredden as a born leader and a strong mentor. “He was always thinking ahead,” he says. He cited Dredden’s influence as a motivating factor in chairing of the city’s advisory committee that explored the idea of bringing a hotel to Downtown Frederick. Years ago, he and Dredden had spoken about the great impact a Downtown hotel would have on the local economy. While the recent hotel project has stalled, Robbins says he is optimistic it may be reinvigorated by the next generation of new leaders. 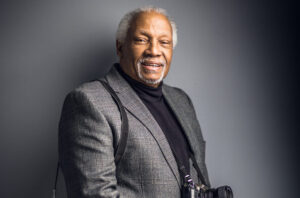 Through his work with PUG and The County Globe, Dredden developed a professional relationship with then-Gov. William Donald Schaefer. “They worked well together. Both spoke their minds and had the wherewithal to say this is my opinion,” says Ruth Dredden. Schaefer appointed Dredden to chair a judicial nominating committee and to the state’s Human Relations Committee and Economic Task Force.

Locally, he worked on the Frederick County Planning and Zoning Commission, the Economic Development Commission, the Human Relations Commission and the Frederick/Washington County Regional Transportation Board. He provided input and analysis on upgrading safety and improving congestion on I-270 and I-70.

Throughout their life together, George and Ruth Dredden shared a passion for education. Both of his parents were educators and she spent her

career educating and shaping school policy for Frederick County students. They were able to further their goals to provide access to college education

to county students by establishing the George and Ruth Dredden Scholarship Fund through their Wertheimer Fellow for Excellence in Volunteerism Award from the Community Foundation in 2007. Ruth says the scholarship seemed like an ideal way to encourage students to pursue their academic dreams just like they did. “For him, with education, there was no question. For me, I was taught to go to school, participate and do the best you could.”

According to those who worked closely with George Dredden, he spoke softly but directly, leaving nothing to doubt about his intentions about politics, economic opportunity or community service.  “One of the things he taught me was you need to do more than just talk about things. You need to act,” says Rose Chaney.

After all these years, his influence has not waned and his protégés continue to act on the lessons he taught. How would they define his influence? “I would say, involvement and a desire to better the community. You have to be at the table,” says Ted Luck. “Community involvement would be his legacy.”