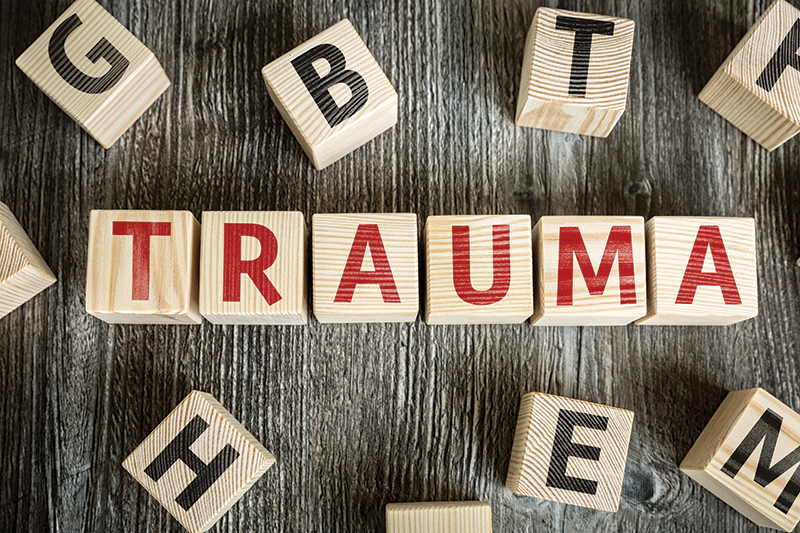 As the world was first becoming aware of something called COVID-19 back in January 2020, Inga James was listening to an NPR report about Baltimore developing a cohesive plan to address a wide variety of trauma in the community.

“I thought, ‘If Baltimore can do it, Frederick can do it. We need to take this further,’” says James, executive director of Heartly House, which provides services to victims and survivors of intimate partner abuse.

It was the start of what would become Trauma Responsive Frederick, a nonprofit collaborative that aims to bridge the gap among various existing community resources to assist those suffering from various forms of trauma—from hunger and homelessness to domestic violence and sexual abuse.

Trauma can occur in war, natural disasters or other extreme events, but it can also happen in seemingly peaceful conditions. Abuse, neglect, racial and ethnic slurs, and loss in everyday life can all cause trauma, according to the American Medical Association.

The timing for James, just as COVID was erupting, turned out to be on target. Lockdowns helped tame the spread of the virus, but trauma became a growing problem. “Substance abuse, suicide, depression, anxiety, all the things that were predicted as possible outcomes have now come true,” she says.

COVID magnified behavioral health issues, even if they were not so easily seen. James recalls a local town hall meeting about economic, educational and other affects from the virus, “but nothing about behavioral health,” she says.

Backed by the support of politicians and nonprofit leaders, others joined the effort. There are now 44 local organizations—government agencies, businesses and nonprofit—formally taking part. In May, the collaborative engaged Dr. Rachel Mandel as coordinator/consultant, “whose job it was to keep us going, and to provide the expertise that we needed for a community coalition that none of us felt like we had,” James says.

Mandel had already been seeking ways to incorporate trauma-responsive treatment in the Frederick community through her work in health care, and the pandemic made that need more apparent to her. She was investigating a concept called collective impact. “We need to do something different in order to get a different result, a better result,” Mandel says.

The goal was to bridge the gap between local resources and services. 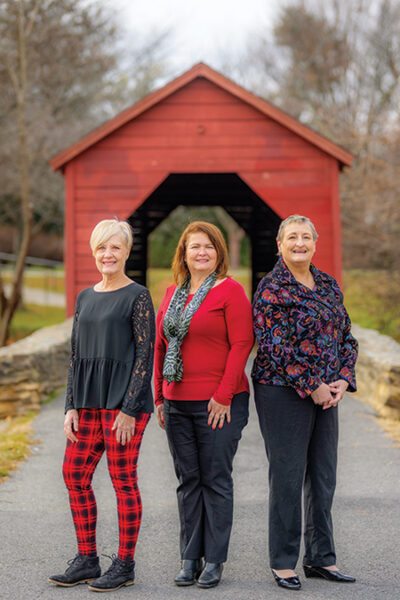 “Everybody’s got assets, everybody’s got skillsets, they’re not necessarily the same, but they certainly complement each other, so this collective impact concept kind of fit,” she adds. Most of the group’s members, however, were short on time.

“They’re all volunteers,” Mandel says. “They were all working during the pandemic … in crisis mode. In spite of all the work they were doing to keep this community running, they still wanted to focus on [Trauma Responsive Frederick]. But they just needed a little bit of help.”

Mandel’s job was to bring together the group’s concepts and ideas. “This was an opportunity to work together to communicate, to collaborate, to magnify the impact of the message.”

“We’re all from different walks of life,” says Maria Herrera, executive director of Spanish Speaking Community of Maryland. “But our mission and goals are very much united.”

Frederick Police Chief Jason Lando, also a member of the collaborative, agreed. “Being trauma-informed or trauma-responsive means being cognizant and considerate of those experiences and treating each victim as an individual. For police officers, it means being transparent, explaining our actions, and empowering our victims,” he wrote in an email.

“I had not understood what trauma response meant,” says volunteer MaryLynn Hinde. “Imagine, during the pandemic, the number of families that had to get food from the Rescue Mission or the Community Action Agency for the first time. You’re not alone. We all suffer. We all have trauma.”

‘WHAT HAPPENED TO YOU?’

The organization hopes to educate first responders and other community workers about trauma. To do that, Mandel says, often takes a simple change in mindset. “Part of our educational process is to teach people that instead of looking at an individual and asking, ‘What’s wrong with you?’ is to ask the individual, ‘What happened to you?’”

Educating social workers, police officers, health care workers and others to focus on the events that happened gives them more options when dealing with trauma, Mandel says. “When you have someone with trauma, you don’t want to re-traumatize them with the system,” she says.

Children have also been hit hard by the pandemic, with some experiencing trauma for the first time. “There’s unfortunately a ton of opportunity to help the community move forward and stay strong and acknowledge that there has been trauma,” Mandel says.

Cultural differences also play a role, Herrera says. “Sometimes people may not know they’re experiencing trauma. Being able to say, ‘You’re not alone, and there are resources to help you,’ is tremendous for the community.”

The collaborative includes people who’ve been through trauma, and they in turn educate other volunteers on the varied ways trauma affects people and whole communities. “If we would become a trauma-responsive country, our prisons would empty out, obesity would go down, pulmonary disease would go down, we wouldn’t have to spend the money on it anymore,” James says.

“This is not a one-step process,” Herrera says. “It’s a journey. At some point, we all need someone to help us through our journey.”

“You can’t put a cookie-cutter solution to it,” James adds. “We have far too many mental health counselors who are not trauma-informed, who have not been through that training.” Being trained to recognize signs of trauma can be a key to starting successful treatment.

Mandel recalls how a minor change for the staff working in a hospital intensive care unit made a huge difference in the jobs of the workers. Night-shift work could be stressful and being greeted by well-rested, cheery day-shift workers often increased the stress even more.

The staff came up with the idea of the night shift illuminating a tea light when they’d had a stressful shift. “They stepped a little softer, they spoke a little softer,” Mandel says. That one small change made a big difference in staff morale, she says.

Approaching treatment of health and behavioral issues with trauma-informed treatment makes sense, James adds. “Seventy percent of children witness violence every year, whether in the family, the community, school, sibling, whatever. So that’s why it’s important to treat everyone with the belief that that person has suffered trauma,” she says.