Little Putz Houses for You and Me 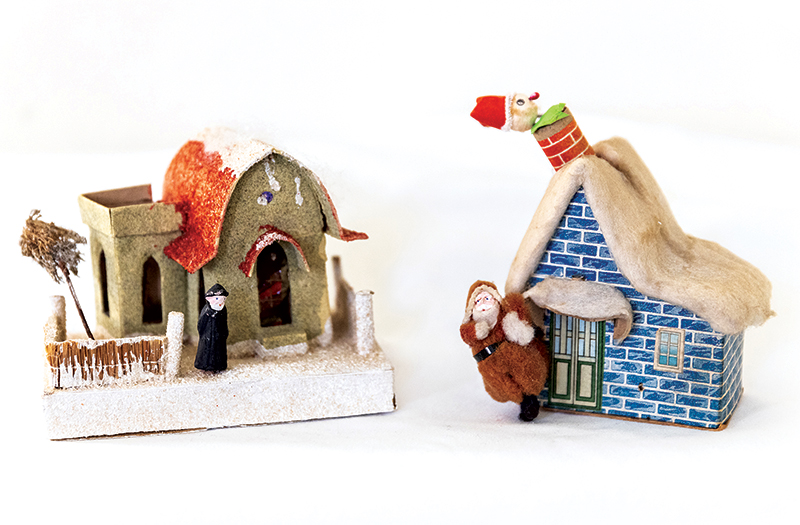 The fondest holiday memories for many are about those days when the family would gather to pull out the decorations to spread across the house. Cookies were baked, garland strung and the tree set up. In many houses in the 19th century and even today, part of this tradition has been little homes, made chiefly of cardboard, wire and dustings of fake snow.

The tiny dwellings were called Putz houses, their name evolving from the German word putzen, which means to clean or to decorate. The ones pictured here were donated to Heritage Frederick by John and Charles Byerly and they are a peek into the Christmas traditions of 1930s America. Christmas villages have been a tradition for many years, but the cardboard houses that became common started in the 19th century. They exploded in popularity when designers put holes in the back to be filled with a little string of lights. This created a lovely cheerful effect.

Despite their German name, the little houses were made mainly in Japan; the Asian nation had a near monopoly on them. But their popularity abruptly ended when the United States entered World War II and the little houses fell rapidly out of favor due to their connection to the Japanese Empire. Though the houses saw some revival after the war, they never recaptured widespread appeal. Today they are collectables, found less on mantels and more in antique shops and vintage memorabilia stores.