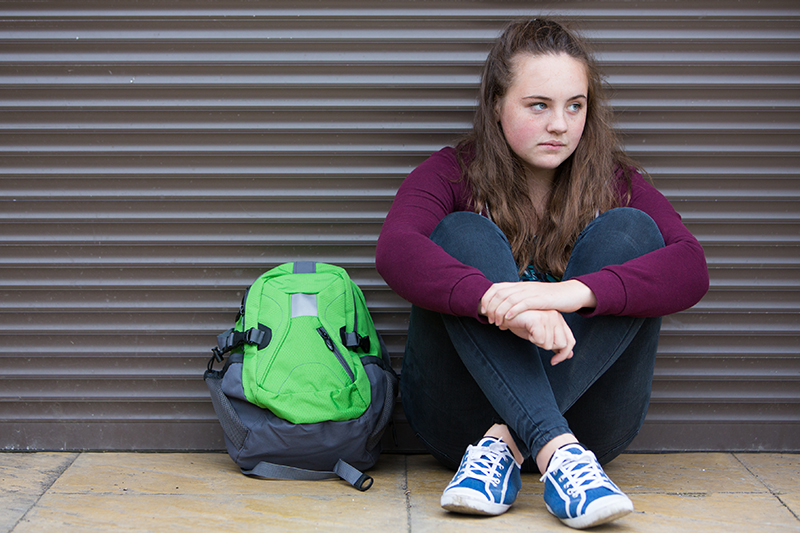 Older teens and young adults today deal with the stresses of social life, academic demands and career choices—issues young people have faced for generations. But for some young people, just finding a safe place to sleep is the biggest stressor of all.

A new program in Frederick is attempting to ease that path for young people ages 16 to 22. The THRIVE! Host Home Network program provides young people with housing and a chance to get on their feet and into college or job training programs. The program is part of the Student Homelessness Initiative Partnership of Frederick County (SHIP), which provides resources and services to hundreds of local youths who find themselves without a stable place to call home.

Hayley is one of those people. Hayley, not her real name, grew up with a mother who was addicted to drugs. “I experienced homelessness throughout my life,” she says. “I never realized you don’t just stay with a friend for a couple of months and move on.”

Her family, which included several younger siblings, moved frequently. She never saw her father. Hayley’s job was to babysit because her mother wasn’t around much to care for the children. Her only solace was school.

By her sophomore year, she was earning straight A’s. “I’ve always been a motivated person, and I wanted to do well and break the cycle,” she says. She even participated in her high school’s dual-enrollment program, earning college credit while in high school.

Eventually, she was sent to live with a relative. She wasn’t allowed to go out or visit friends, but she was able to continue with high school classes online. “I wouldn’t say the pandemic is a good thing, but it allowed me to finish high school,” she says. 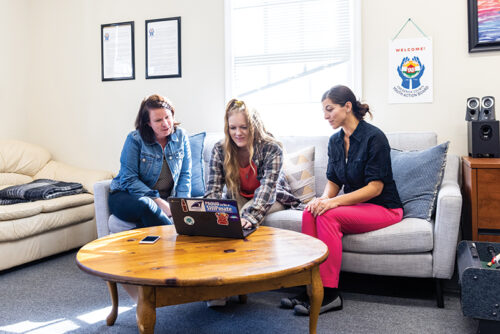 A few months before graduation, she realized her relative wanted to control her life. “I wasn’t allowed to leave the house for eight months,” she says. Hayley managed to call a friend during a rare moment when the relative was not listening to her phone conversations. She packed a bag, quickly walked outside the house when her friend arrived, jumped in her car, and left before her relative could react.

Hayley stayed in the basement of her friend’s home. After a few weeks, however, she knew she needed to find a permanent place to live. That’s when she discovered THRIVE!. “I had no records, no money, no ID, no way to get a driver’s license,” she says. “I did speak up and advocate for myself.”

THRIVE! placed Hayley in a host home in Frederick County. She has her own bedroom. She’s taking four classes at Frederick Community College. She is hoping to get accepted into the school’s nursing program. Moving into the host home was a godsend. “It’s going really well,” she says. “I found my first real job, and I’m in school.”

Through THRIVE!, Hayley learned about a tuition waiver program available to students who are experiencing homelessness. She also got her driver’s license. That was tough, because she didn’t have vital records that she needed, like her birth certificate. “You can’t get vital records without other vital records,” she says. “You don’t know all the barriers against you until you are in this situation. … Everything’s dependent upon your parents, which stinks when you’re not with your parents,” she says.

Her host home family has an extra car, which she uses to get to school and to work at a local nonprofit. But she wants her own car and is saving money toward that goal. “What a lot of people fail to understand is, it’s like Maslow’s hierarchy of needs,” she says. “If you don’t have food and shelter, you don’t have what you need to succeed.” But through THRIVE! and SHIP, she’s been connected to resources she didn’t even know existed.

“It is so impactful for young people experiencing homelessness to have a safe place,” Hayley says.

THRIVE! hosts provide short-term welcoming homes for young people experiencing homelessness for a variety of reasons, according to Maureen Walker, program director. Families agreeing to host a THRIVE! participant usually host a young person for three to six months, with regular check-ins, training and support offered to the participant and the family. Families are given stipends of $375 a month for expenses.

“At the crux of it is to have a safe and stable place to be successful and to provide a sense of stability by creating a home-like environment,” Walker says. “Once they’re safely housed, they can identify what their goals are.” 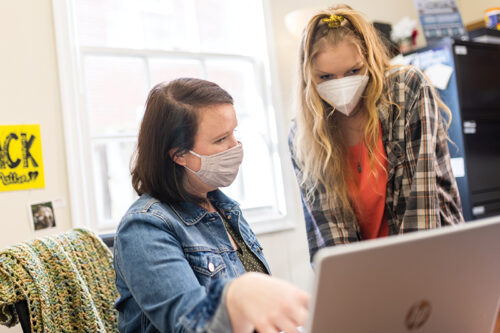 Over two years, the program has housed 20 young people with local families and many have moved on to four-year colleges. THRIVE! works with SHIP’s counseling program, Frederick County Public Schools and Frederick Community College and various other community agencies to identify young people who would benefit. Participants are either in school or working, and many are doing both.

“It’s for young people who are engaged and motivated,” Walker says.

In the host home, the participant has a private room, along with respect for rights, privacy and culture. Some families, like Hayley’s, provide a car, although that’s not required. The program supplies rideshare vouchers when needed.

Sophia, not her real name, was one of the original Frederick hosts. She’s now hosting her third participant. “These are young people who are learning to be autonomous, and many have been in highly controlled situations, or in situations where there’s no control, no predictability,” she says. “I’m like a coach. I can’t tell people you can’t do this or that. These are people on the cusp of adulthood.”

Some want to talk, but some would rather not, she says. One recent participant now has a job and shares an apartment with her boyfriend. Another has had scholarship offers from prestigious colleges. Her current participant attends college locally.

“We make sure they have some place safe to stay, food to eat and a place to come where they can catch their breath,” she says. “Nobody’s going to yell at them here. It’s a second chance if you haven’t had a good situation as a kid.”

Medical needs, clothing costs and housing are covered. “They have a safe space to rebuild,” Sophia says. “I’m going to guess the majority of these kids just need a launch. It’s a good thing to try.”

Participants range from those who have been abused to those who have been economically deprived. One past participant didn’t know how to use a knife and fork properly. “Everyone should look into it,” Sophia says. “It’s stupid to have a spare room if there’s a kid sleeping under a bridge.”