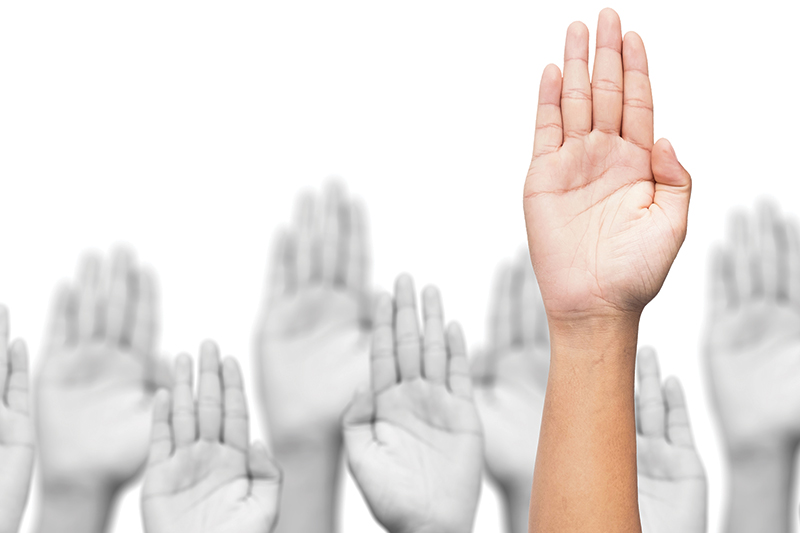 When selecting recipients for the annual Wertheimer Fellow Awards, the Community Foundation of Frederick County’s selection committee looks for longevity and exceptional service, a strong overall commitment, and the impact the work has had on the community.

The awards are named for the late Janis Miller Wertheimer, a well-known local businesswoman and volunteer. Through her estate, the Frederick resident left the money to the foundation designating the funds go toward aiding community organizations.

“Janis Miller Wertheimer continues to be a role model for community service,” says Elizabeth Y. Day, president and CEO of the Community Foundation of Frederick County. “Each year when we are reminded of the time and talent that she gave to so many organizations in Frederick County, we are re-inspired to give more of ourselves.”

The nonprofit’s board created the awards 19 years ago, offering the two adult winners $25,000 each to create a new charitable fund or add to an existing one to support organizations and causes of their choice. A youth award was created in 2012 and grants $2,000 for honorees to present to a nonprofit of their choice.

This year’s recipients are Hermine Bernstein, Rose Dorsey Chaney and Stella M. Henson. “They all have made contributions of time and talent, as well as providing strategic direction that has made their respective organizations thrive and grow, resulting in significant community improvements,” Day says. 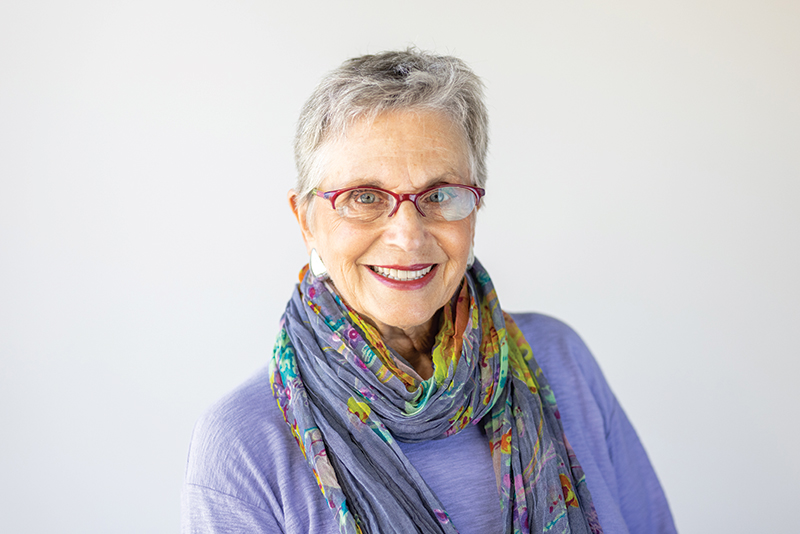 Hermine Bernstein was first introduced to Blessings in a Backpack, a nonprofit that provides meals over the weekends to food insecure schoolchildren, while reading a magazine article discussing the millions of students the organization helped in 2013. A retired Montgomery County elementary school teacher, the Frederick resident decided to see if children were facing those food issues locally. “I was stunned to find out that at that time there were over 10,000 children in Frederick County Public Schools who were food insecure over weekends,” she says. Feeding children became her mission and passion.

Bernstein founded the Frederick chapter of Blessings in a Backpack in 2014, starting with one school feeding just over 200 children. While packing each week, children would come over to take a peek at what they would be receiving for the weekend with many excited by the selection including mac-n-cheese and chocolate pudding. “It just filled my heart constantly,” she says.

As word got out about the local chapter, the nonprofit expanded through a grassroots effort with money raised locally and supported by area volunteers. “Frederick really took this mission to its heart and that is how the program grew,” she says. Today, the group annually feeds more than 3,000 elementary-aged students with 27 locations throughout the county, including schools and community locations.

Thanks to the extensive community support, the group was named the seventh national chapter of Blessings in a Backpack earlier this year. This designation allows the local nonprofit to receive additional resources, including hiring its first full-time employee, accessing marketing materials and receiving discounted rates on pre-packaged meals being distributed during the COVID-19 pandemic.

Having the nonprofit become a national chapter was a part of Bernstein’s sustainability plan before she retired from the organization in October 2020. She has requested her Wertheimer award money to go to a Blessings in a Backpack fund at the Community Foundation that she and two other colleagues started several years ago. “[The volunteer work] was a true labor of love,” she says. “To say it has been gratifying would be an understatement. We have helped thousands and thousands of children and their families.” 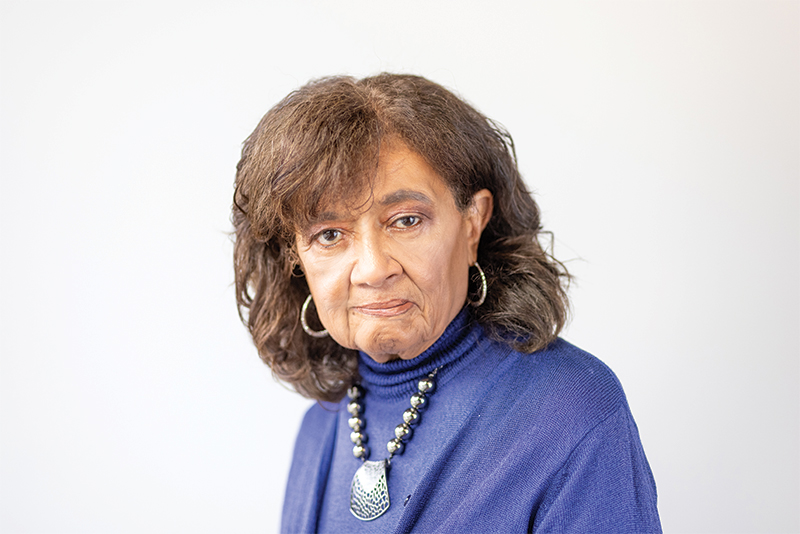 Rose Dorsey Chaney believes her passion for volunteerism came from watching her father be active in the community as well as her spirituality and religious beliefs. “We are here to help,” she says. “We are here to do something. We are all here for a reason and the reason includes helping others and doing for others.”

A retired art teacher for Frederick County Public Schools, she serves on several nonprofit boards, including the African American Resources Culture and Heritage (AARCH) Society, I Believe in Me and Asbury Redevelopment Trust. She is a member of the Frederick chapter of the Negro Business and Professional Women’s Club, Alpha Kappa Alpha Sorority Inc., Frederick County Equity and Inclusion Team and Frederick Art Club. She is also the co-chair of the Religious Coalition for Emergency Human Needs’ Christmas adoption program. She serves as administrator at Asbury United Methodist Church, where she has been a lifetime member.

Becoming a charter member of AARCH 20 years ago, Chaney has stayed deeply involved with the organization because of the nonprofit’s mission and goals to identify, preserve and exhibit the county’s African American history, culture and heritage while educating and deepening the understanding of residents.

The late William O. Lee, local politician and historian, was a family friend of Chaney’s and founded the nonprofit. He, along with the group’s late president David Key, envisioned the nonprofit creating a Heritage Center with a focus as a community gathering spot for discussions, multidisciplinary programs and exhibitions. The center, set to open in 2023, will be located in Downtown Frederick. Chaney is directing her Wertheimer award money to create The AARCH Society Fund in memory of Key as a way to support the nonprofit’s programs and initiatives. 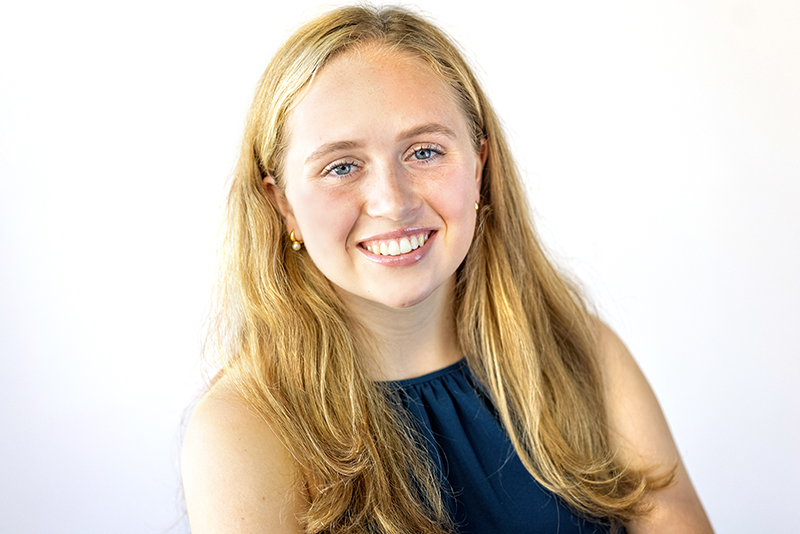 Through both of her parents working at nonprofits and by reading the newspaper, Stella M. Henson grew up understanding people in her Frederick community faced many needs. This knowledge manifested into a deep “desire to do better and to make the world a better place because there is so much hardship and sad things that happen,” she says. “That has been my drive to do all that I can to help the communities that are suffering the most.”

The 17-year-old has given her time to a number of area organizations. She has been a member of the Frederick Presbyterian Church Youth Group for six years and has gone on four mission trips to different locations on the East Coast. Through PJs with a Purpose, Stella has created quilts for babies in the Neonatal Intensive Care Unit, volunteered with the annual Candy Cane Dash and helped with multiple events to raise money for Bailey’s Buddies.

In 2015, she founded The Kids of Backyard Theater which puts on a play at her aunt and uncle’s backyard annually. Neighborhood kids act and serve as crew members for performances and each show collects donations for different nonprofits, including Blessings in a Backpack and the Literacy Council of Frederick County. So far, the theater group has raised more than $1,000.  “Each one of those [nonprofits] is a very unique cause and I just have this desire to give back to anyone I can because all of them have fulfilled something inside of me,” she says.

With a desire to be a lawyer one day and possibly focus on immigration, the Frederick High senior requested her grant money go toward the Spanish Speaking Community of Maryland Inc., where she is serving as an intern. “They are providing a service to a group that often is not provided to in Frederick,” she says.