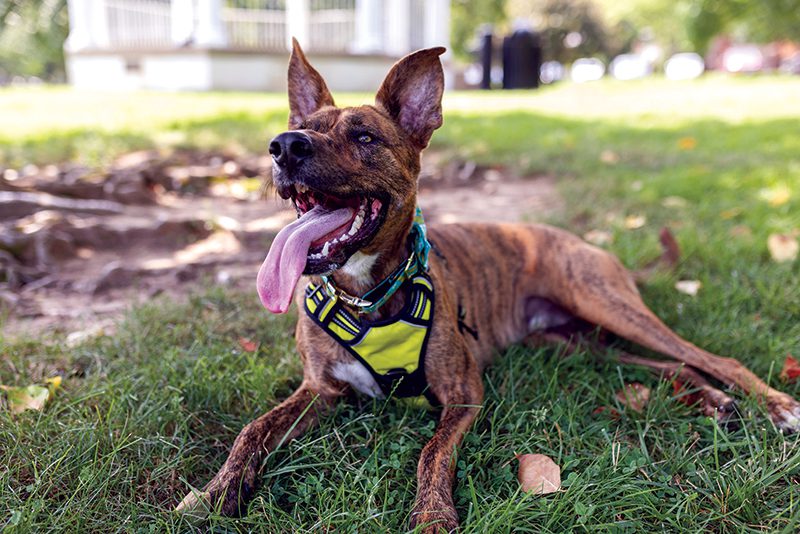 The first time Laura Hagmann of Frederick met Ruth, the timid little pup threw up on her. No bother. Hagmann was smitten. “She was so adorable,” says Hagmann, “with that hound face and those big eyes.”

Hagmann knew that she wanted to give the dog a good home. But so did five other people. With so many people stuck at home and looking for a bit of emotional comfort or distraction during the pandemic, a boom in pet adoptions began to grow. “So, I was put in a lottery for her,” recalls Hagmann. And she wasn’t chosen. 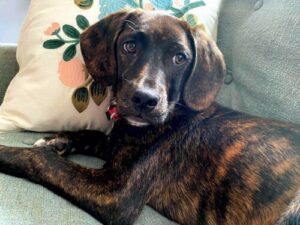 “I cried,” says Hagmann, who had lost her much-loved dog Gracie just a few months earlier.

Then Hagmann got a phone call that Ruth was now available because the original adopting family had to back out. “They told me she was mine if I came to pick her up,” she recalls.

Hagmann didn’t hesitate and jumped in her car and drove to Arlington, Va., to bring Ruth home from where she was being fostered. “I am so lucky to have her,” says Hagmann.

Adopting a pet this past year was an exercise in “humility and patience,” says Bingle Brown of Frederick, who adopted her dog Scout shortly after the pandemic began. “I had like seven or eight applications out there at various shelters,’” she says. “It was like buying a house. You had to act quickly or else get outbid.”

And Hagmann and Brown were not alone. Forget the toilet paper and hand sanitizer, pets were the real must-have this past year.

Tina Sanford’s family, who live in Monrovia, spent six months trying to adopt a cat and are now facing the challenge of adding a second kitty to their home. “We’ve been trying for four months,” says Sanford, who, because of allergies, is looking for a specific breed. 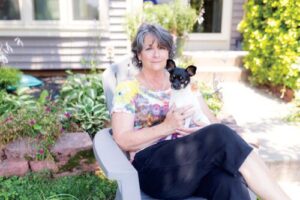 Meg Egan of Middletown got her puppy Archie from Craigslist and drove four hours away to pick him up. “He was the last one who no one picked, and they just had him outside as a farm puppy,” she says.

Ashley Marie and her husband, Jason Fraley, almost gave up on adopting a dog after months and months of trying. “You’d see posts go up and two hours later they’re all adopted,” she says. Luckily, the Frederick couple was finally able to bring “Christmas miracle” pup Liberty home. The first family who had taken her had a change of heart. “When I got the message, we were driving around looking at Christmas lights and turned the car right around and went and got her,” she says.

“I have never seen anything like it,” says Megan Purtell, an Emittsburg pet photographer who fosters dogs and created the Frederick Dog Moms Facebook site during the pandemic. “I had one litter that received over 350 applications,” she says, adding that a single pup got over 250 applications.

Rescues such as Frederick’s Lonely Hearts Animal Rescue also saw an increase in those interested in adopting dogs. “March of 2018 through June of 2019,” says Jenn Rush who is affiliated with the rescue, “we had 482 adoptions during that time period. Mid-March of 2020 through today we have had 882 adoptions.” 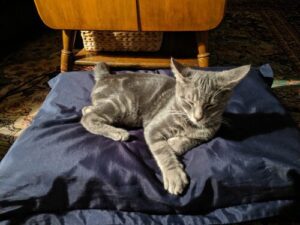 Animal Control had to shut its own doors during the pandemic, but still made adoptions possible. Much like everything else, it did so virtually. “The process allows people a more thoughtful consideration,” says Linda Shea, director.

Through the virtual process, those wishing to adopt fill out an application and an extensive questionnaire detailing the kind of pet being sought. The shelter takes that information and helps match an animal to an adopter. Such as, “I would like a short-haired cat that has been around dogs,” says Shea.

With cats, three are chosen for consideration based on responses to the questionnaire. With dogs, private visits are scheduled for the pet and the family to meet. This approach to choosing an animal avoids the emotional impulse that visiting a shelter may bring, says Shea.

Between being closed to the public during the pandemic and the high demand for pets, Shea says that the shelter has half the number of animals they would normally have. And while there was concern that many pets adopted during the pandemic would be returned once life began to get back to normal, that hasn’t been the case. “We are not seeing an increase of intakes,” she says.

The same is true at Lonely Hearts Animal Rescue. “People are spending more time with their animals at home,” says Nancy Maddow, founder of the rescue. “They have really developed a bond.” Adds Purtell, “It makes it harder to walk away.” 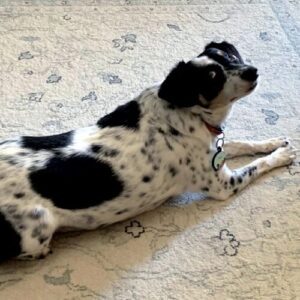 The attachments can indeed be strong, especially during an emotionally draining year such as the past one. Cindi O’Connell of New Market can’t imagine life without her Murphy. “She’s brought so much to me,” says O’Connell of her adopted pandemic dog. “I could spend 24 hours a day with that dog and did for quite some time.”

But all that love and attention and 24/7 quarantine bonding has resulted in a generation of pandemic pups with their own unique issues. “We are getting under-socialized pandemic puppies who are now reaching adolescence and adulthood and are struggling with reactivity, aggression and separation anxiety,” says trainer Bethany Poese, who works with Canine Lifestyle Academy in Frederick County.

Normal life is not so normal for pets who have not experienced it before.

“It’s kind of like being at Disney World and they’ve completely lost their minds because they are so excited about suddenly being out and doing things,” says Poese. “It’s important to expose puppies to all of these things early on, but given the constraints of living in a pandemic that wasn’t possible.” 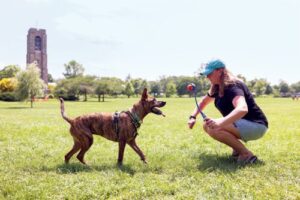 Then there is the separation anxiety as people return to work, school and other activities. “Make that transition as smooth as possible,” advises Shea. For example, “If you’ve been home 24/7 with your dog,” she says, “begin by taking a couple of two-to-three-hour breaks away from home so that your dog knows or remembers what it’s like to be alone. Put on soft music or talk radio.”

As for cat owners, “make sure breakables are secured away from curious cats,” Shea says. “Make sure prey animals are secure from predatory pets.”

Yet, despite the difficulties in acquiring and having a pandemic pet, those like Ali Imhoff say it has all been worth the journey.

“He has been incredible for my mental health and my physical health,” says the Frederick resident of her dog Neipa, who was adopted just a couple of days before the pandemic shutdown. “He forced me to get out and go on walks on days where I just wanted to lay on the couch. I was trying to teach him new things and watching him grow. He was my companion. And, I am very fortunate to have him.”