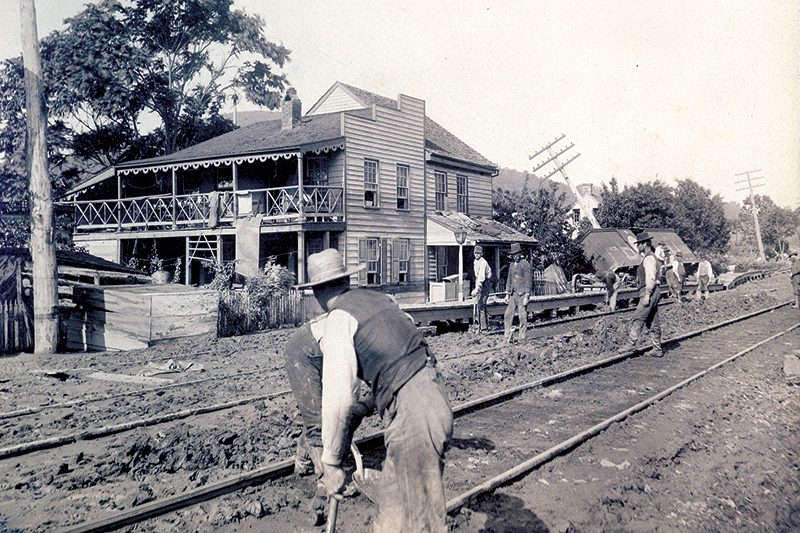 Many are familiar with the Johnstown Flood, a devastating event caused by the catastrophic failure of the South Fork Dam on Friday, May 31, 1889, in Johnstown, Pa. But the destruction didn’t stop in Pennsylvania.

The high waters continued to roll through the Potomac Valley watershed, including the Monocacy and Potomac rivers. By the next morning, the cresting waters converged on Frederick County. Nearly every structure associated with the Chesapeake & Ohio Canal was swept away as the Potomac breached its banks. According to accounts, residents of Point of Rocks climbed onto their roofs to escape the deluge. An estimated $100,000 in property was swept away by the river, and the local Catholic church, located just 500 feet from the normal banks of the river, was flooded to the eaves. Railroad tracks were ripped from the ground and several trains narrowly escaped the rising waters.

The flood was said to have washed away every bridge in Frederick County, including those that survived damage during the Civil War. At Point of Rocks, a new bridge over the Potomac River to Loudoun County, Va., was being built at time. On June 3, The [Frederick] News reported that the bridge was doomed, as four spans had already washed away and three others were collapsing. H.G. Welty, a bridge contractor, reported that he had lost $500 worth of tools after struggling for more than 50 hours to save his work. This photo shows the next struggle Welty and other citizens would face: cleaning up once the waters receded. These men are working on the main B&O Railroad line through Point of Rocks.