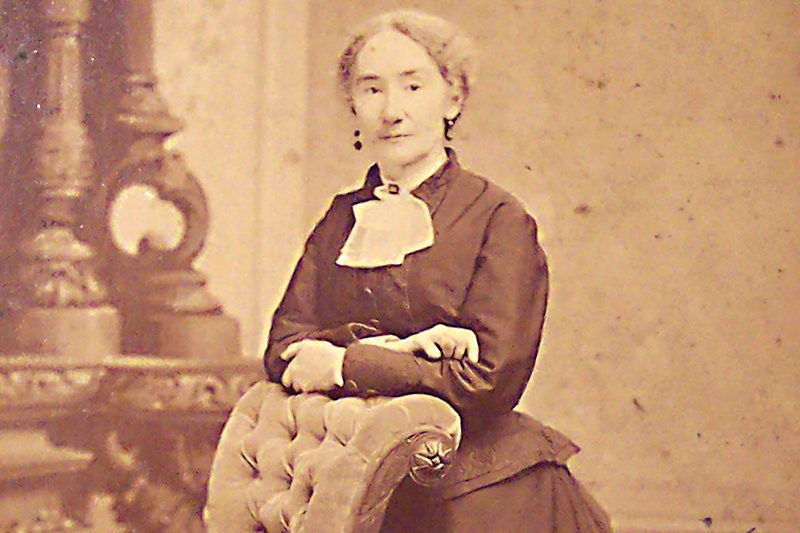 Ann Rebecca Grahame McPherson Ross was born on May 17, 1827, to John McPherson and Frances Russell “Fannie” Johnson. Fannie Johnson was the granddaughter of Maryland’s first governor, Thomas Johnson, and a charter member of All Saints Orphanage. On Jan. 11, 1850, Ann married Worthington Ross, who died only four years later at the age of 35. Ann Ross devoted the next 42 years of her life to philanthropy. Ann carried on her mother’s work with the orphanage, serving as the president of its board of directors for 25 years until her death. Her obituary listed her other extensive volunteer work: member of the King’s Daughters; president of the board of managers of the Home of the Aged; president of the Women’s Auxiliary; Sunday school teacher; and a member of every volunteer committee in All Saints’ Episcopal Church.

She was also a charter member of the Frederick chapter of the Daughters of the American Revolution, and in 1892 Ross opened her home as a full-care residence for 20 elderly women, now known as the Record Street Home. She remained in the Record Street Home until her death on Nov. 17, 1896. Her only child, Fanny, predeceased her in 1891. At the time of her death, Ross’ only surviving relative was her sister, Fanny Dennis, who lived in Urbana. As quoted in her obituary: “Day by day death removes the beautiful, the useful and the good. But in the case of Mrs. Ross it leaves behind the memory of a Christian life, the example of a true woman, whose influence is everywhere felt.”