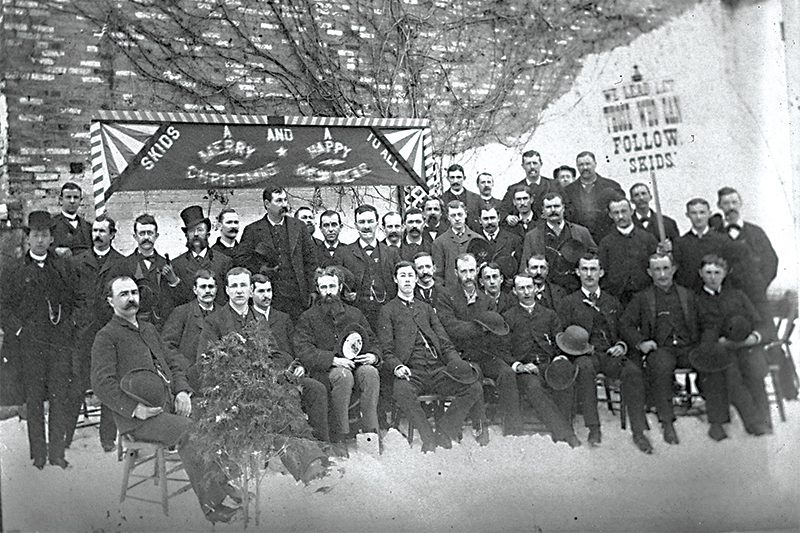 In the 1880s, several social clubs for men formed in Frederick County, including the Skids Club. The group was actually formed in 1879, but was reorganized in 1883 with a new name taken from a popular song of the time, The Skids are Out Tonight. The song was written by Ed Harrigan and Dave Braham for the comic play The Mulligan Guard’s Nominee, which opened on Broadway in 1880. In one of the show’s intertwining plots, the Skids attempt to join the pageantry and fun of the National Guard parade. The show was so popular that it spawned a series of spinoffs and sequels, including The Mulligan Guard’s Surprise, The Mulligan Guard’s Christmas, The Mulligan Guard’s Chowder and Mulligan’s Silver Wedding, among others, all of which followed antics of different Mulligan members.

The Skids lived up to their namesakes and the club motto of “Friendship, Love, and Fun.” In addition to frequent meetings, the club staged banquets, parades and concerts showcasing a brass band comprised of its members. The band would also roam Downtown Frederick, serenading people. This photo is of the Skids Club’s annual Christmas and New Year’s card, featuring actual snow and a very Charlie Brown-esque tree in the foreground.