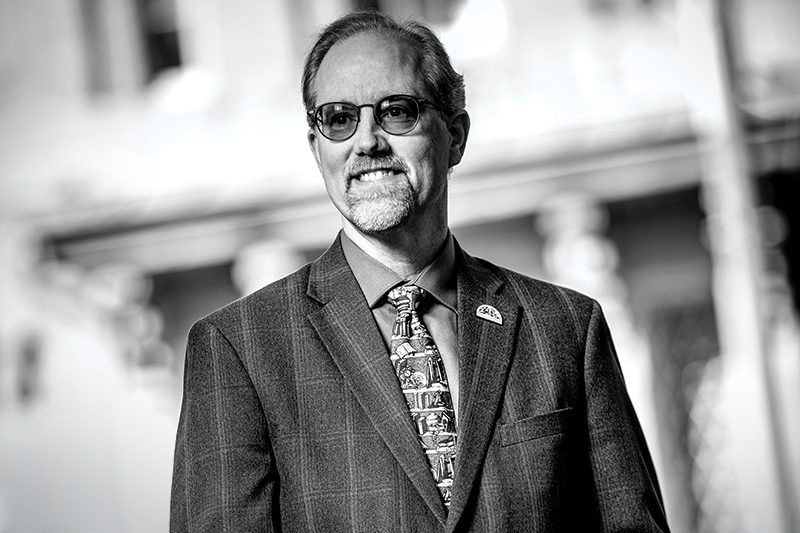 At the close of what has been one of the world’s more challenging years, Frederick Mayor Michael O’Connor takes time to reflect on the attributes that have contributed to the city’s continuing evolution.

Scott: What are the major events that highlight Fredericks’s History?

Michael: As Frederick celebrates its 275th Anniversary, attempting to isolate a handful of the most significant events in such a storied history is daunting. There are many obvious and detailed connections to the American Revolution and the Civil War that warrant consideration. Our history is also filled with famous residents who shaped our community and in some notable instances, for example, Francis Scott Key, the nation. In the end, though, I can think of several broad themes that each in its own way help tell the story of how we became the community we are today and which will likely continue to shape the Frederick of tomorrow.

Scott: That sounds great. What has come to mind?

Michael: The Clustered Spires are the iconic symbol of Frederick, an identity recognized widely within our community and throughout the region. But there is a deeper meaning beyond just a visual representation of the city’s skyline. The steeples are, of course, specific congregations, but to me have come to represent all of the houses of worship and the diversity of faith traditions that have shaped Frederick. The spires are a symbol of our unity despite different individual and cultural histories. They are a symbol of Frederick’s compassion, with many of them serving as makeshift hospitals during the Civil War and in more recent history as gathering spaces for social service outreach, support and delivery of critical housing, food and clothing. Daniel Dulany’s vision in laying out Frederick Town was to create a social center of commerce, education and religion that continues today.

Scott: I’ve never thought of it that way, but so true—and a unifying way to view the city.

Michael: Another important step that the city took in the 1950s was that of designating the Historic District. Today, this well-preserved 40-block area is the home to government, commerce, nonprofit and social services. Its success drives the success of Frederick as a whole. And the commitment to preservation has established Frederick as a destination for residents, businesses and visitors. This combination has made our city one of the best places to live, as designated by various surveys and publications.

Scott: Frederick would be a different city in every way had the Historic District not been established and the revitalization of Downtown not been a priority by city leaders.

Michael: Agreed. By the late-1970s, following several devastating floods, Downtown Frederick was at a crossroads. Suburban malls and strip centers had taken a bite out of main street here and all over America. Leadership at the time invested in Downtown. With the design, construction and economic development that accompanies the Carroll Creek flood control project, the opportunity to create renewed vibrancy emerged. Coupled with the historic preservation, a revitalization of Frederick has followed over the intervening decades as Frederick’s Downtown core is now home to diverse residential, restaurant and retail options, and the heart of Frederick as a destination to live, work and play.

Scott: A friend introduced me to Downtown Frederick one fall evening in 1982 and the sight of the lighted spires and Court Square was, for me, love at first sight. It was impressive then, almost 40 years ago. It is what brought me here.

Michael: Geography has also played into our success. It certainly has not hurt Frederick’s development that we are located at the apex of a triangle that includes the nation’s capital, Washington, D.C., and Maryland’s largest city, Baltimore. Located on the original National Road, the arrival of the B&O Railroad further contributed to Frederick’s growth through the mid-19th century, expanding manufacturing, small businesses and trades work. By the end of World War II, the growth of the biomedical research and development capabilities driven by Fort Detrick, which was the location of the city’s first aviation air field, has allowed Frederick to flourish as a community with its own sense of place. Today, our community attracts top-tier scientists and researchers from around the world, which has helped drive broader economic prosperity and economic diversity with modern manufacturing and has allowed Frederick to become Maryland’s second-largest city. Diverse neighborhoods now surround our historic core, and new commercial corridors have developed and thrive on all sides of Frederick.

Scott: Do you have parting thoughts as we get ready to enter 2021?

Michael: Our community is well-positioned to take continued advantage of its geography and the human resources that have built this community to date to ensure that the next 275 years are even brighter for an even more prosperous, more diverse and progressive future.

Michael O’Connor and his wife, Tammy, live in Frederick. They have two daughters. Prior to his roles in city government, O’Connor was a journalist for 20 years, and he remains a news enthusiast. He is also an ardent fan of the Ravens, Orioles, Capitals and his college alma mater, St. Bonaventure University. Scott Grove is the owner of Grove Public Relations, LLC, an advertising and marketing firm. A former reporter and lifelong student of history, his work also includes interpretive planning and design for museums and historic sites. Grove is the co-creator of the Frederick Maryland Walking Tour mobile app. For more info, visit itourfrederick.com or grovepr.com.