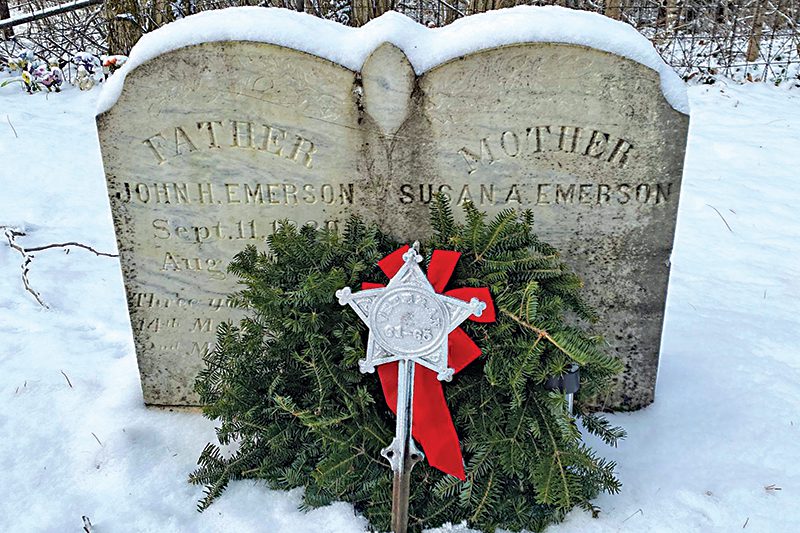 The owner of Worcester Wreath Company in Maine, Morrill Worcester, always had a soft spot for military veterans. That started when he was 12 years old and took his first trip to Washington, D.C., visiting Arlington National Cemetery. Throughout his successful career he gave credit to the men and women who gave their full measure to keep the country safe.

In 1992, when his company had a surplus of Christmas wreaths, he decided to deliver them to be placed on graves in Arlington. Various volunteers, including a local trucking company, joined in the effort and kept the project going with Wreaths Across America becoming a nonprofit. The yearly trek from Harrington, Maine, to Washington became what has been called “the world’s largest veterans parade,” with stops at schools, monuments, veterans’ homes and other locations along the way.

In 2005, a photo of the green wreaths with their bright red bows lying in the snow-covered cemetery went viral and people nationwide wanted to emulate the practice in their own hometowns, including at Mount Olivet Cemetery in Frederick.

“We say their name and thank them for their service and gently place the wreath on their grave,” says Sue Chapin, a resident of Homewood at Frederick retirement community, which is spearheading the local effort. “We have a committee of 10,” she says, with a goal of placing 500 wreaths in the cemetery that holds the remains of 4,000 veterans.

Chapin’s husband, Dave, is a veteran, as are numerous Homewood residents, she says. “At my age, people are patriotic types,” but they encourage those of all ages to help with the wreaths. “We had 25 people last year and it was in the pouring rain.” Steps will be taken this year to comply with COVID-19 guidelines and “we encourage families to come.” Wreaths Across America will take place at noon on Dec. 19 at Mount Olivet Cemetery, 515 S. Market St. www.wreathsacrossamerica.org