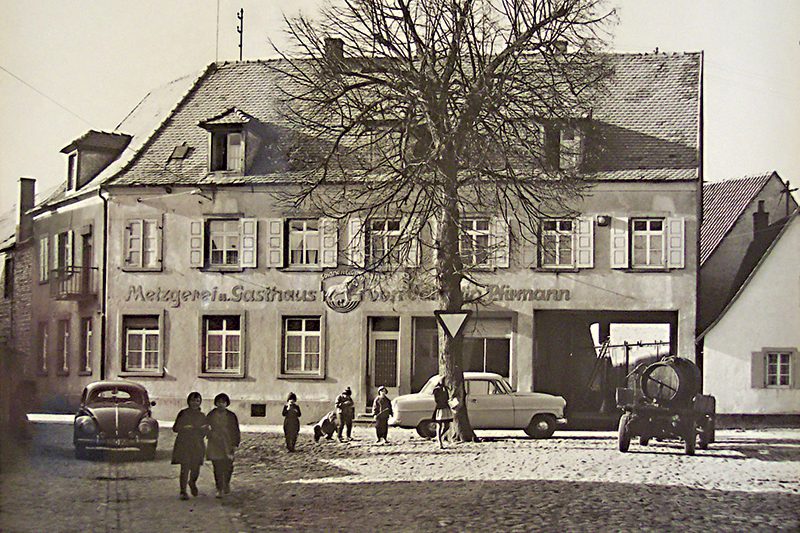 In a normal year, this is about the time for local Oktoberfest celebrations But due to the COVID-19 pandemic, the annual event at Schifferstadt Architectural Museum has been canceled and the popular Frederick’s Oktoberfest at the Frederick Fairgrounds has been significantly altered. In addition to the festive atmosphere of each event, they both help celebrate Frederick’s rich German heritage, which includes a relationship with two sister cities. Pictured here is a square in Morzheim, Germany, Frederick’s Sister City since 1959.

Morzheim was the hometown of John Thomas Schley, one of the first settlers in Frederick. He and his wife built a home on what is now the corner of East Patrick Street and Maxwell Alley, and opened shop on Market Street shortly after their arrival in about 1745. Schley attended the Reformed Church (today the Evangelical United Reformed Church of Christ), where he was a lay minister who wrote music for the congregation.

In 1982, Schifferstadt, Germany, became Frederick’s second Sister City. This designation honored Joseph and Catherina Brunner, who left Schifferstadt in about 1729 to move to America. In about 1736, the Brunners arrived in Frederick and began work on their farm, which they named Schifferstadt in honor of their hometown. In 1758, Joseph’s son, Elias Brunner, built the stone farmhouse that now stands at 1110 Rosemont Ave. and, in a normal year, is the location of the Oktoberfest event organized by the Frederick County Landmarks Foundation.

In 2006, Frederick added a third Sister City—Aquiraz, Brazil—recognizing that though its first citizens may have been predominantly German, Frederick today has a much more diverse population.