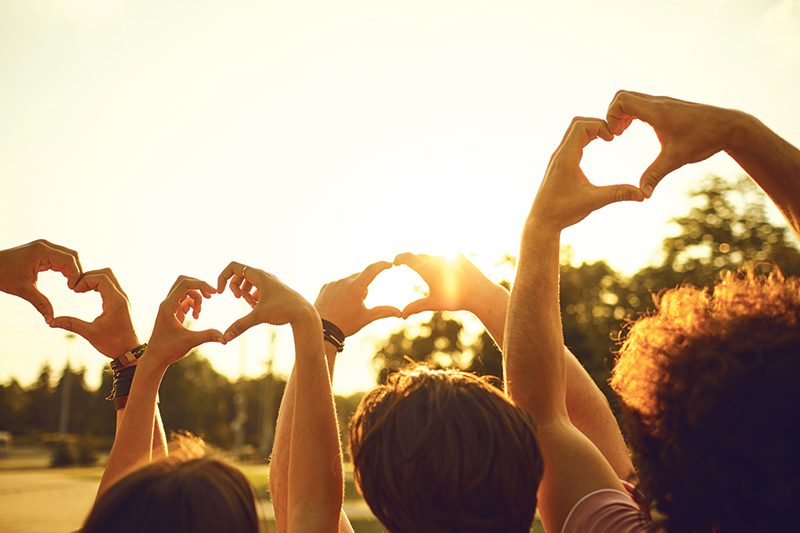 Every year, Elizabeth Y. Day, president and CEO of the Community Foundation of Frederick County, meets with a committee to discuss who should be named Wertheimer Fellow Award recipients. Established 18 years ago, the award honors exceptional local volunteers.

“I can never predict who is going to rise to the top and be chosen,” Day says. “We get outstanding nominations and the committee always has hard choices to make.”

Named for well-known businesswoman and volunteer Janis Miller Wertheimer, the award was created after the long-time Frederick resident left the money to the foundation through her estate asking for the funds to go toward supporting community organizations.

The two adult recipients receive $25,000 each to add to or establish a permanent fund with the Community Foundation for the nonprofit of their choice. The endowment will continue in perpetuity. The Wertheimer Youth in Action Award, founded in 2012, bestows a $2,000 grant to the winner’s nonprofit of choice.

This year’s Wertheimer honorees are Sally Arnold, Shari Ostrow-Scher and Daryenne Dorsey. “I think this [award] is one of the best volunteer recognition activities in Frederick County,” Day says. “It honors Janis Miller Wertheimer but it also honors the volunteerism of the generations that have succeeded her.” 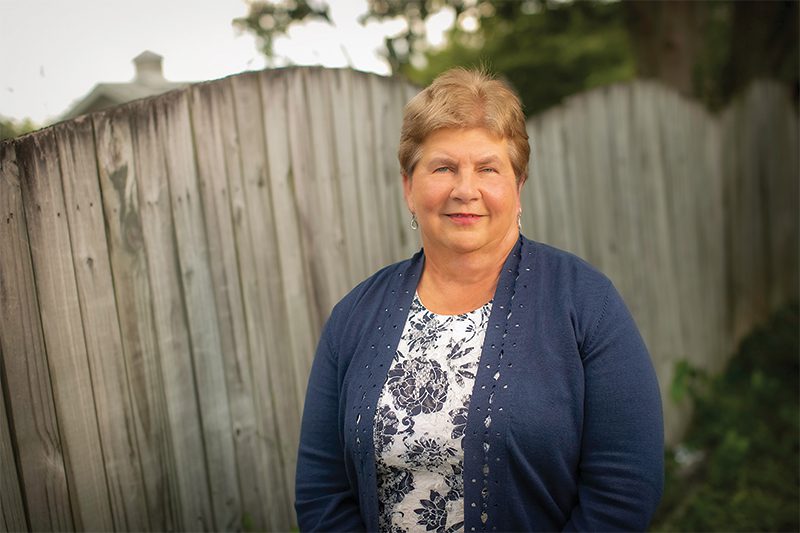 Growing up on a dairy farm in the New Market area, Sally Arnold joined a local 4-H club when she was about 9 or 10 years old. The youth-based organization, administered by a branch of the U.S. Department of Agriculture, focuses on community engagement, healthy living and education. “Everything that you learn in 4-H, you can use in life,” she says.

For more than 45 years, Arnold has given much of her time to the organization, including leading the local Calico Clovers 4-H Club for the past 15 years. Focusing on community service, her club performs projects such as buying presents for underprivileged children during the holidays, picking up trash on roadways and putting together Mother’s Day dinner care packages to individuals who were alone due to the COVID-19 pandemic. “Everybody should be a volunteer of some sort,” Arnold says. “It is not about me. It is about giving to other people. It makes you feel good.”

Arnold, who runs a local insurance company and lives on a dairy farm, gives her time because she loves working with and teaching kids. “If I teach them how to make a pie, hopefully they will grow up and be able to make a pie,” she says. “… Anything that you can teach kids today is worthwhile in my opinion and 4-H gives them that.”

The Middletown resident will be using her award money to create The Richard and Sally Arnold Family Fund to support the Frederick County 4-H Camp and Activities Center. Currently, any 4-H club may use the facility for free. The organization maintains the space through community donations and space rentals for other events, including business retreats and weddings. Arnold hopes the fund makes sure 4-H clubs may always use the facility rent-free. 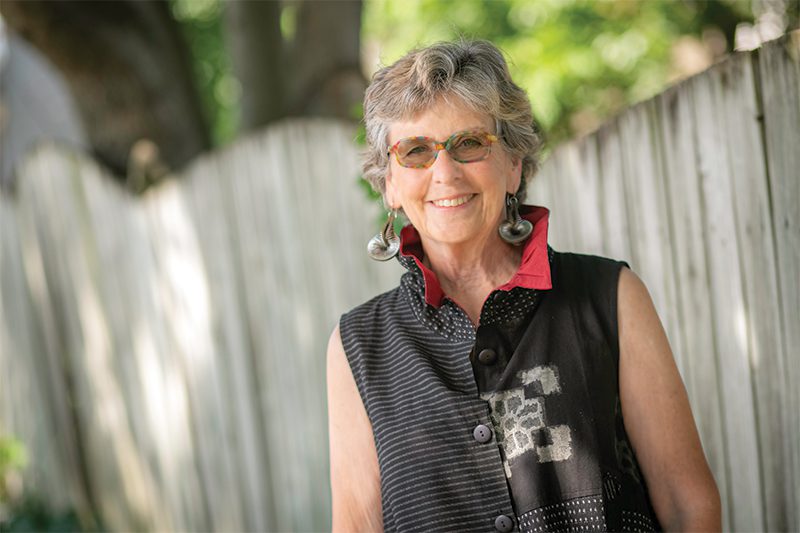 While working as an early childhood specialist and family involvement supervisor for Frederick County Public Schools, Shari Ostrow-Scher worked with many different families. A group she felt didn’t get enough representation were children who had incarcerated parents. As a teen, her father went to jail, so she understood what these children faced.

With her family’s support, in 2004 she founded Children of Incarcerated Parents Partnership (COIPP), which aims to assist children and caregivers with support, resources and services. Last year, more than 700 children were aided by the nonprofit.

“This is my passion,” she says. “Kids have always been my passion. This is my 52nd year doing some kind of teaching. That is what gets me up in the morning. These kids need a voice and they need nonjudgmental voices. That’s why I love the (COIPP) board that surrounds me. We are a nonjudgmental group of people. There is a lot of work to be done in this world and we all choose how we are going to do it, but it is this that has become the place where I spend the most hours each day because there is a need and I am so happy COIPP can help. It is a privilege. It’s an honor.”

Ostrow-Scher plans to speak to the nonprofit’s board on best use of the award funds. Part of the money may go toward a fund to aid children who want to go to college or vocational school. “My absolute hope is that any child who has an incarcerated loved one has the means and can live their dream and realize that your past does not define your present,” she says. “I know that sounds ethereal but that takes money very often, so if your dream is to go to college, having no money shouldn’t stop that dream. [I hope the fund] helps every child know they are valued and their dreams can be reached, and that there are people who care about them.” 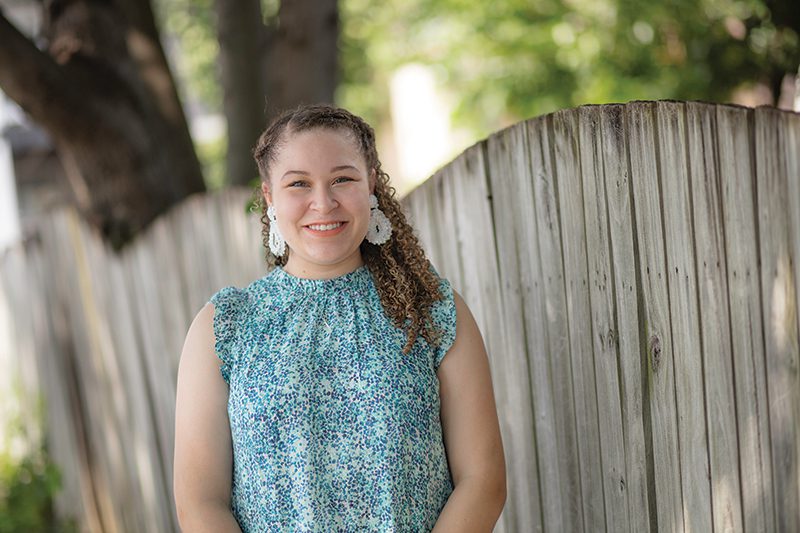 As a child, Daryenne Dorsey would watch her father, Jerry, run service calls as a career firefighter at Fort Detrick and as a volunteer with United Steam Fire Engine Company #3. The field always intrigued her, so about six years ago she became involved at United.

She helped to establish the company’s Junior Swamper program that aims to get kids between the ages of 7 to 15 involved in the fire service. In 2017, the Frederick High School graduate was named Miss Frederick County Fire Prevention and spent her term traveling to events to teach others about ways to be safe and prepared in the event of an emergency. The 18-year-old also volunteers at the station, logging in more than 143 hours between last fall and this spring.

“I like running calls,” Dorsey says. “I like the firehouse environment. I like the unknown. You could go to the firehouse for 12 hours and run five calls or you could run none or 25. There is so much uncertainty to it and I like that because you never know what you are going to get and it is never the same thing over and over again. Each day is different. Each day is a new day.”

A freshman at Towson University studying nursing, Dorsey gave her award money to United. “Since they supported me through so many different things through [Miss Frederick County Fire Prevention] and through anything that I really ask them for, [I thought] that it would be great for the money to go back to them.”