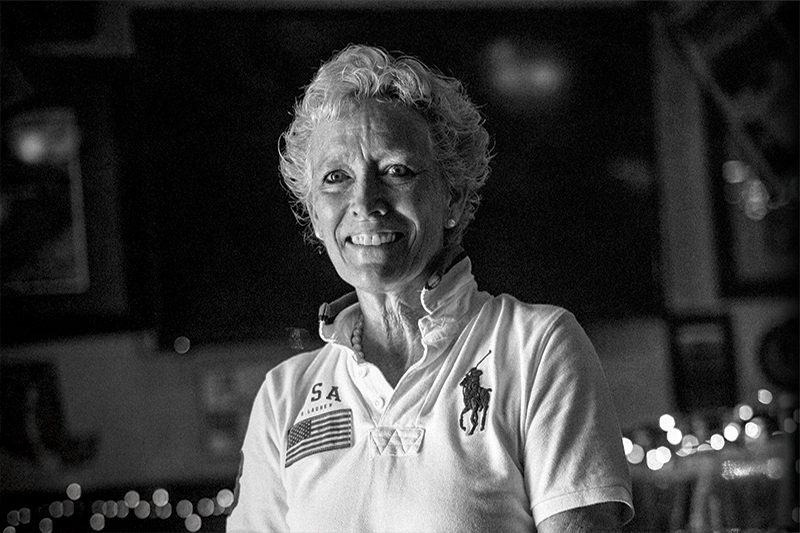 In the summer of 2004, Jennifer Dougherty, then mayor of the City of Frederick, had just returned from the 2004 Democratic National Convention in Boston and told me of the amazing experiences she had there—including hearing the keynote speech by a then-little-known senator from Illinois.

Scott: What were the circumstances of your going to the convention?

Jennifer: There was genuine excitement. Think about a his-toric city with a bunch of political junkies talking about the upcoming election and the important issues of the day. Every-one was in heaven!

The Maryland delegation stayed in the same hotel and was able to start the day with a breakfast and briefing. Obviously, Maryland’s political stars made appearances—U.S. Sens. Paul Sarbanes and Barbara Mikulski were the headliners; Martin O’Malley was prepping for his run for governor; and U.S. Rep. Nancy Pelosi made a breakfast appearance as a daughter of Baltimore. She is quite impressive in person.

At another event, author Mollie Ivins and Sen. John Kerry’s sister were the speakers. It was funny and kind of neat to see the family of the candidate for president without all the cameras on her. We happened to leave around the same time and I ended up on the street corner with them. It seemed Ivins and Kerry were true friends; they laughed like sisters when Ivins recounted a Texas story about President George W. Bush. I felt like I was in on the joke.

At Faneuil Hall there was a program on healthcare. The headliners were Sen. Ted Kennedy, Pelosi, Kansas Gov. Kathleen Sebelius and Hillary Clinton. It was clear that Pelosi and Sebelius were on point with details of possible healthcare options in our future.

There was a great event for women where Madeline Albright was the star, but Rep. Stephanie Tubbs Jones also made her mark. Jones was the former Capitol Hill boss of my first chief of operations Rodney Pulliam. We had a chance to connect and share some of our joy in knowing Rodney and his family.

The Maryland Democrats had a group lunch in the JFK Library. The venue was special, but Sen. Sarbanes proved his political acumen and gentlemanly behavior in seeking me out for a long chat.

I shared the excitement of Sen. Kerry being the Democratic nominee: an accomplished senator and a Vietnam veteran who had a realistic view of the world and the important role of the United States. I think his worldview would have been so helpful—but the best person does not always win.

Scott: When we spoke at the time, I asked you about O’Malley’s speech. You said O’Malley had done well, but the real star of the convention was a young senator you had never heard of, Barack Obama. Tell us about the speech, the things he spoke about and what about it was so moving.

Jennifer: I have been watching Democratic and Republican conventions since the 1970s. Obama’s speech was five stars, 10 out of 10, a homerun, two thumbs up. His words literally lifted us from our seats, reminding us that we are not red states or blue states, but the United States of America! It was simple, but pure. Remembering that night and those words still gives me chills. It is a message we need today, because of the many issues that are trying to fracture the nation.

Scott: How did those in attendance respond?

Jennifer: The speech built to its crescendo, we were all cheering, clapping, waving our banners. I turned to the woman sitting next to me and said, “O’Malley is going to be [annoyed], because [Obama] will be our next President.”

Scott: How do you rate the success of Barack Obama’s two terms as president?

Jennifer: President Obama was thoughtful, respectful and dignified. He laid it on the line for healthcare reform and made the only progress we have seen since Social Security and Medi-care were instituted. He played by the rules and that is hard in Washington. The tangled mess of our “War on Terror” was handled with a mixed result but he was able to remain com-mitted to the capture and killing of Osama bin Laden. He entered the Oval Office with optimism and left knowing “we have more work to do.” He did not get sidelined by nonsense or personal attacks. He focused on the job of serving the American people. People remember a few pieces of legislation or foreign policy initiatives after presidents leave office, but more impor-tantly, we remember a feeling. I believed Obama’s call to be a United States of America and will stand up for that mission.

Jennifer Dougherty, 59, a longtime resident of Frederick, is the owner of Magoo’s Pub & Eatery, a restaurant in Downtown Frederick and remains both interested and active in politics. Scott Grove is a marketing consultant and owner of Grove Public Relations, LLC, an advertising and marketing firm he founded in 1986. A former reporter, Grove is a lifelong student of history and co-owner of iTour, creator of the Frederick Maryland Walking Tour, produced both as a mobile app and a DVD. For more information, visit itourfrederick.com or grovepr.com.