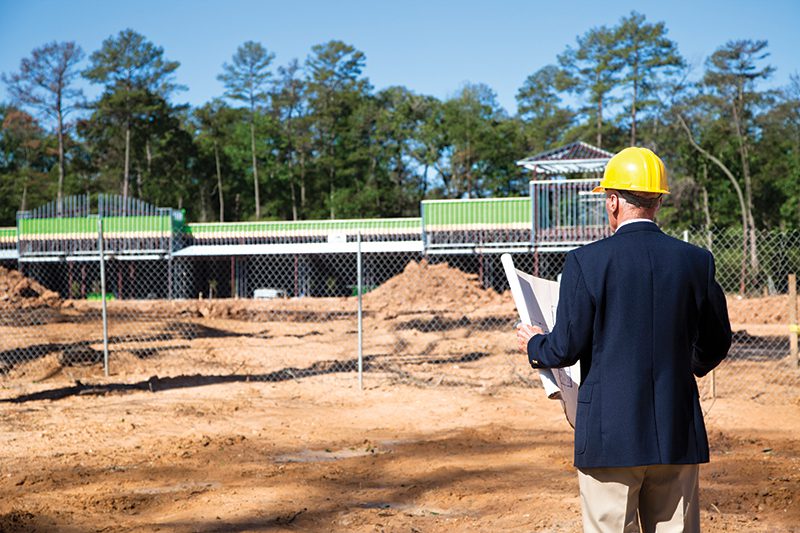 Frederick County saw many successful commercial real estate transactions and projects in 2019, so when it came time to start planning the annual Frederick Real Estate and Development (FRED) Awards, the ongoing COVID-19 pandemic was not going to stop the ceremony.

Instead of the traditional dinner and awards commemoration, this year’s event featured a virtual celebration hosted on Zoom in late August. “While the environment is very different this year, we felt strongly that we wanted to continue the tradition of recognizing the most notable achievements in real estate in our community,” says Beth Woodring, director of business attraction and marketing for the Frederick County Office of Economic Development, which sponsored the awards with NAIOP/Commercial Real Estate Development Association. “… The FRED Awards is not just about the sites. It is about the people who make up the teams associated with these deals. The FRED Awards recognize the real estate agents, the property owners, the architects, engineers, developers and others who work together to bring a transaction together. These transactions are important because they contribute to the overall economic success and vigor of Frederick County.”

One of the Office of Economic Development’s signature events, the ceremony featured remarks by director Helen Propheter and County Executive Jan H. Gardner, a slideshow of finalists with their projects along with a retrospective on previous winners.

“Each team member contributes to the overall success of a project and the FRED Awards are designed to acknowledge the very important contribution that these teams make,” Woodring says. “Real estate transactions—whether the sale of a property, the sale of land for the construction of a building or the lease of commercial space—all contribute to growing jobs in Frederick County.”

For more than a year, the site at 7106 Geoffrey Way remained dormant after Toys “R” Us closed its facility in 2018. The location will be active once more as one of the country’s largest grocery retailers, Kroger Co., will be opening a 350,000-square-foot, high-tech customer fulfillment center over the next two years and bring more than 500 jobs to the county.

Partnering with the online grocery retailer, Ocado Group, the Kroger facility will feature automation through onsite digital and robotic equipment. A digital groundbreaking was recently held to celebrate the start of construction.

Woodring notes this award recognizes deals that are bigger than just a typical real estate transaction. “This is a deal that has far-reaching impacts on the Frederick County community or economy,” she says. “Factors to be considered include significant job creation, capital investment, size/square footage of project, diversification of Frederick’s economy and/or community impact/revitalization.”

The additional finalists for the award are River Run, the retail and commercial space located at the intersection of Monocacy Boulevard and Progress Drive, and Frederick Health Village, the 93-acre former campus for State Farm that will now house hospice and home health administrative offices and other services.

The Frederick Towne Mall property has seen its drama over the years. It was once a popular mall that, like many malls across the country, became mostly vacant over the years. The Blair Witch Project director even wanted to film a movie in the abandoned space. A proposed Walmart never came to fruition. Someone also flew a drone through the empty space to create an eerie, viral YouTube video. But now, the only drama at the site will be shown on the screen.

Warehouse Cinemas features 10 auditoriums, in-house gourmet comfort food, 28 self-serve beer taps and a full bar located inside a repurposed shipping container. The site is expected to welcome between 300,000 to 400,000 customers a year.

The award honors a deal that “couldn’t have happened without the creativity, experience, perseverance, ingenuity and flexibility of the broker, developer and/or landlord working on it,” Woodring says.

Another finalist is the Emmitsburg-based Dunkin Donuts which was repurposed from the Silo Hill Car Wash. The collaboration between Goodwill Industries of Monocacy Valley and Platoon 22, the Frederick nonprofit dedicated to veterans’ services, was also recognized. The two organizations are building a 40,000-square-foot building that will serve as Goodwill’s headquarters and a veterans’ service center.

The Coca-Cola bottling plant on North Market Street has served as a local landmark for nearly 75 years. Many residents have memories of looking through the building’s windows and watching the bottles filled with Coke. They probably also recall the 16-foot-high Coke bottle that once sat on the roof.

Ceasing bottling in 1979, the Frederick plant was used as a warehouse and distribution center until closing its doors for good in 2008.

Six years later, Virginia residents Tricia and Mark Beisler bought the building with the aim for an adaptive reuse of the historic space. Using Washington, D.C.-based firms, Oculus Realty and Brick Lane Development, the old bottling plant was transformed into a restaurant and office space along with 83 luxury apartments built on the rear of the property.

“Renovation and rehabilitation of old buildings presents unique challenges,” Woodring says. “Whether a historic structure that contributes to downtown revitalization or re-positioning an obsolete office/industrial property to fill a significant vacancy, this award goes to the best rehab/renovation deal in Frederick County.”

The other finalist for this award was the improvement of several properties on South Market Street. Purchased by Frank Sherman, CEO of Transportation Management Services, in 2019, 46 S. Market St. had been vacant for more than 40 years. Multiple historic and blighted properties between 56 to 70 South Market Street were demolished in 2017, but their replacement is being observed by the award.

The Emerging Dealmaker of the Year award recognizes real estate professionals under 40 who are rising stars in the industry as well giving in other areas. “It really is more holistic look at somebody and their contribution to the community,” Woodring says. “It is someone who is a shinning star in both their industry and an example on the community side with leadership and community involvement.”

DEALMAKER OF THE YEAR: SEAMUS FITZGERALD

Formerly known as the Broker of the Year Award, this recognition honors the recipient based on a variety of factors, including total number of transactions, square footage leased and value of transactions in Frederick County, as well as contributions to the community.

Seamus Fitzgerald, executive vice president of Fitzgerald Realty Group Inc., was named the winner in this category. Ken Breen, commercial broker for Clagett Enterprises, who won the Most Creative Deal Award in 2017 and 2019, was named a finalist.