When the Moon Hits Your Eye … 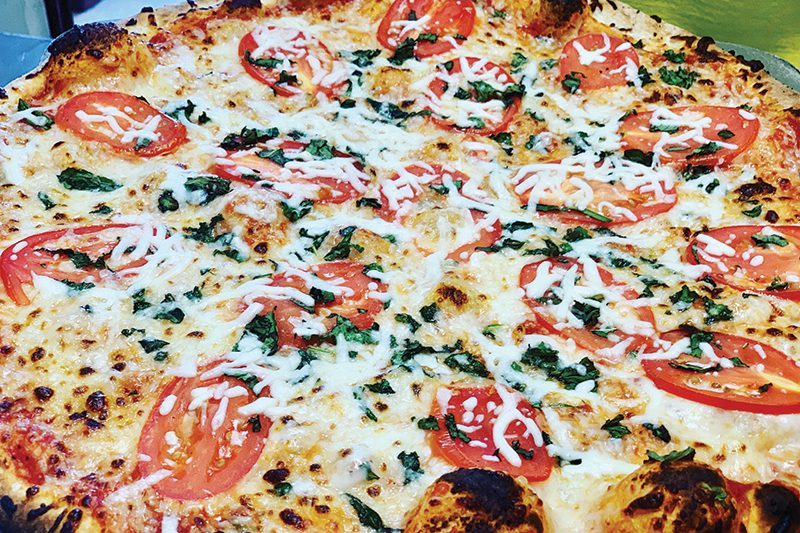 Outside of Italy, the next hot spot for pizza is New Haven, Conn., and if you want to go local, go to Walkersville and Renzi’s Pizza, 2A W. Frederick Ave., a shop recently opened by Steve Renzi, who started out in the pizza business as a young teenager in Guilford, Conn., just outside New Haven. Renzi was schooled in making the perfect wood-fired pie with its thin crust and rather floppy slices that are typically folded in half before being devoured.

“I’m die-hard Boston, I don’t call this New York style,” Renzi says with a chuckle. Prior to opening a brick-and-mortar restaurant, he ran a food truck that supplied his pizza to fans, but with COVID-19, many of the venues for his truck went away. The response to his restaurant “is unbelievable. I’m overwhelmed, humbled and flattered with the rave reviews we’ve been getting.”

Although pizza is the star, Renzi says customers are also taken with the fried mozzarella wedges with its freshly made cheese that’s hand breaded. “Another huge hit are the fried dough balls that can be dipped in chocolate,” he says. Don’t forget an epic cheese steak sub.

While the food truck is parked for now, “the plan is to get it out” once events start happening again, Renzi says. www.renzispizza.com