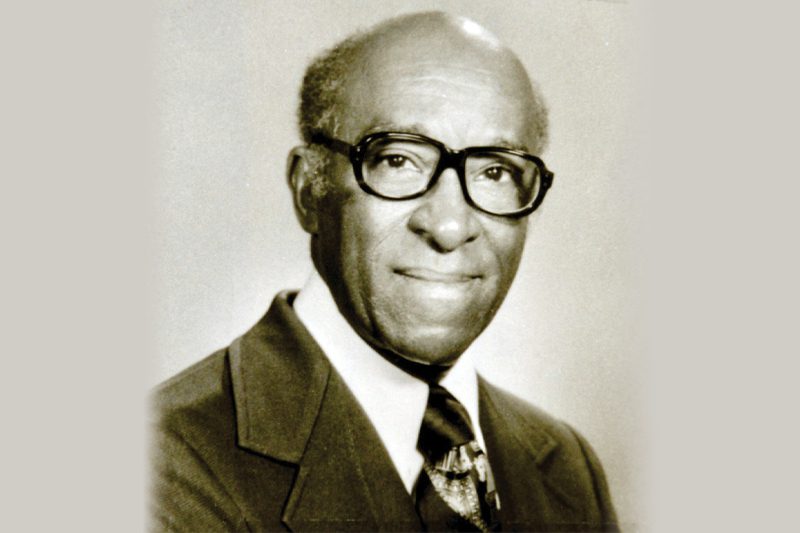 He came from meager means and rose to the heights of local education and politics. His life wasn’t short, but even in its length it was packed full of accomplishments few others have attained.

Claude Richard Delauter Jr. was born in the Doubs community in southern Frederick County on April 3, 1911, the son of Claude A. and Bertha Ambush Delauter. His father was a railroad laborer. He grew up in Buckeys-town with five siblings.

His early education was limited because of segregation, but he was determined to get a college degree “even if I am 60 then,” he said. Fortunately for him, it didn’t take quite that long as he received his bachelor’s degree from Storer College in Harpers Ferry, W.Va., in 1948. But that wasn’t the end of his pursuit of education. As the years passed, he received degrees from Columbia University and California University. He also completed post-graduate work at Cornell, Rutgers, the University of Maryland and Boston University, before receiving several honorary recognitions.

Getting his own education and adding to it was a driving force in his life, but it was not his only passion in the field. He was to serve 40 years as a class-room teacher, guidance counselor and administrator in the Frederick County Public Schools system. He ended his service to local education by serving as a two-term member of the Frederick County Board of Education.

Public service was also a passion. He was president of the local chapter of Frontiers International and the Kiwanis Club of Frederick. He received the Service to Mankind award from Frederick’s Evening Sertoma Club and was a 33rd Degree Mason. The highlight of his public service came in 1973, when he was the first African-American elected to the City of Frederick Board of Aldermen; in the following election, he was named president pro tem of the board when he received more votes than all other candidates.

While he was referred to as an African American in numerous publications through the years, an incident during a discussion in the hallway of the former Board of Education headquarters on East Church Street demonstrated his view on labels. In that conversation, a reporter referred to him as “African American.” Delauter, usually soft-spoken and reticent, exploded in a loud voice. “I am not an African American. I am an American, that’s all. Never refer to me as anything but as an American.”

Travel was another passion for him. He traveled several times to China and made trips to Japan, Africa, Mexico, Europe, the Middle East, South America, Central America and the Caribbean. He often regaled those around him with stories of his adventures.

Early risers in Downtown Frederick would often see him on his daily 6-mile run, which usually ended at the Blue Ridge News Agency on East Patrick Street at Maxwell Avenue, where he would peruse out-of-town newspapers and get a morning beverage.

He was married to Alice Dunne Delauter, who was also a teacher in the Frederick County Public Schools system. They purchased a home on Madison Street, not far from where he had attended Lincoln High School, the only such facility available to black students when he was growing up. Alice Delauter died in 1982.

Claude R. Delauter Jr. died Jan. 31, 2001. In a letter to the editor published in The Frederick News-Post on Feb. 16, John McCardell Jr., a former student of Delauter’s and then president of Middlebury College in Vermont, wrote: “I have never forgotten Mr. Delauter. It is a rare teacher who awakens in his students a love of learning, a willingness to think broadly, carefully and precisely, and an impulse to broaden the reach of one’s own limited understanding. By word and by example, Mr. Delauter did all these things.” Perhaps no greater legacy can one leave at his passing, particularly for an educator.