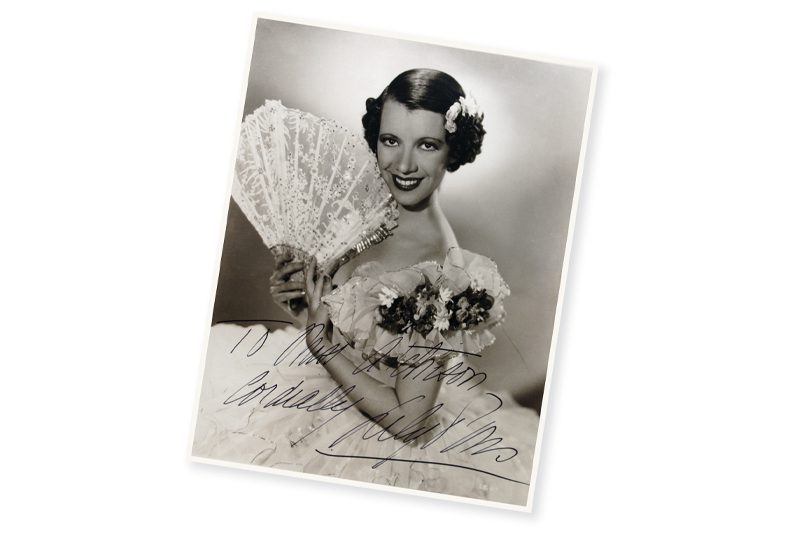 The glamorous opera singer Lily Pons was born Alice Joséphine Pons on April 12, 1898, near Cannes, France. She would go on to become one of the world’s premier coloratura soprano singers, from her 1928 debut to her final performance in 1972. Pons’ biggest fan might have been Frederick County opera buff George Leicester Thomas, who came up with a creative way to honor the star. George and his brother, Lee, ran Three Springs Fishery, located about 8 miles south of Frederick, which sold fish and aquatic plants by mail order. The company was the world’s go-to supplier of goldfish and waterlilies. The Thomas brothers traveled extensively to find rare and exotic species to raise in Frederick; soon, the very countries where George and Lee found these species were buying from Three Springs, known for its beautiful and healthy stock. In 1932, George put Pons’ name on the map, literally, by opening the Lilypons Post Office, where the custom postmark read, “Lilypons, Md, the only post office in the world especially named for an opera singer.” His efforts did not go unnoticed. On June 21, 1936, Pons herself arrived for the post office’s dedication and a tour of Frederick, including singing a rendition of The Star-Spangled Banner at the Francis Scott Key Memorial and signing headshots like the one above. For years, Pons sent her Christmas cards and publicity material to the Lilypons Post Office to be stamped with her custom postmark. In 1963, the U.S. Postal Service merged the Lilypons and Buckeystown offices to save money, discontinuing the Lilypons postmark. In response, the Thomas family renamed their business the Lilypons Water Gardens. In 1972, Pons sent the Thomas family box seat tickets for her farewell performance with the New York Philharmonic. Pons died on Feb. 13, 1976, in Dallas, Texas.