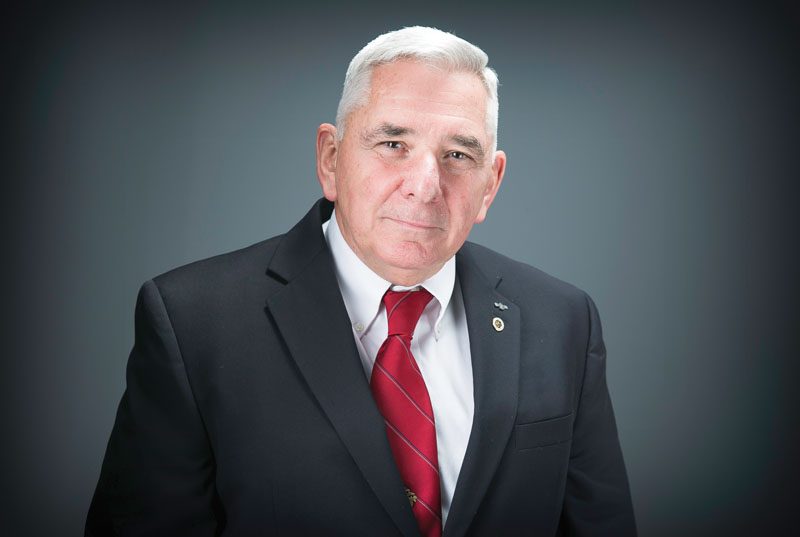 Each year, local Frederick residents are selected and honored with the Wertheimer Fellows for Excellence in Volunteerism award for their outstanding efforts in the community. The award, now in its 17th year, was named after the late Janis Miller Wertheimer, a well-known Frederick County businesswoman and prolific volunteer.

“She willingly gave her time,

energies and talent to many organizations,” says Betsy Day, president and CEO of The Community Foundation of Frederick County, which oversees the awards. “She started three funds with the Community Foundation, two of which resulted from a bequest from her estate. Through one of those funds, Mrs. Wertheimer requested our Board of Trustees determine the most appropriate way to support community service organizations in Frederick County.”

The board created the Wertheimer Fellow for Excellence in Volunteerism award, and each year the Janis Miller Wertheimer Endowment Fund provides two adult honorees with $25,000 to create a new fund or add to an existing fund to support the organizations or causes of their choice. A Youth in Action honoree receives a $2,000 grant to present to a nonprofit of their choice.

“Wertheimer honorees are selected for their volunteer/citizen investment in our community,” says Day. “These are people who contribute countless volunteer hours to one, and often many, different organizations. They fly ‘under the radar’ and don’t seek recognition for their work. They are the volunteers who are the first to arrive and the last to leave. They are dedicated champions for a cause or causes in which they believe. In this way, they not only make great impact in Frederick County, but they also leave a lasting legacy of giving as they follow in Janis Miller Wertheimer’s footsteps of volunteerism.”

From achieving the rank of Eagle Scout when he was a young man to watching his own sons reach that same achievement years later, lifelong Walkersville resident Ronald Layman says the Boy Scouts of America organization has played a big role in his life. “It’s probably my biggest hobby,” he says.

And that hobby has consisted of 38 years of service, including helping 112 Scouts reach the rank of Eagle before retiring from his post as scoutmaster in 2017. Layman continues to volunteer his efforts to the Scouts by serving as an adviser to the new local heads and helping maintain the 210-acre Walkersville Watershed property, a campground used by both the Boy and Girl Scouts.

“It’s a program for every youngster. Whether you want adventure or to learn more about yourself and your abilities or just to pick up skills, there’s something for everyone,” says Layman. “It’s just a well-rounded program for young people who want to get involved.”

He adds, “You don’t have to be a good catcher or runner or batter—just put the uniform on and you’re a Scout.”

Trips to Philmont Scout Ranch in New Mexico, jamborees in Canada with the boys, and just watching the Scouts grow up and mature from small children to responsible young men are among the highlights from his years volunteering with the Scouts.

His other notable volunteering efforts include serving on the Catoctin Mountain Boy Scout District Committee from 2003 to 2014, where he became district chairman, serving on three memorial committees for local parks, and was design chair for two parks. He also served as treasurer and commandant of the Marine Corps League.

With his $25,000 Wertheimer award, Layman plans to create The Ron Layman Family Fund, which will provide grants to a variety of local nonprofits, including the Boy Scouts of America, the Marine Corps League and Fisher House.

“I was kind of taken aback,” says Layman of receiving the award. “I didn’t expect anything like that. When you have fun doing what you’re doing, you don’t look for an award. I’m very pleased—but you don’t do it alone. It takes the help of other people, too!”

What started as just an academic exercise to find a solution to a problem, turned into something of lasting beauty for the whole community to enjoy. Dr. Peter Kremers, an interventional radiologist and current director of breast imaging and intervention with Frederick Regional Health System, thought of placing plants into Carroll Creek to both lessen the algae and create a beautiful attraction.

“The plan for dealing with the water quality issues in the creek was derived from my experience with water-gardening,” explains Kremers. “… What was creative was the system we developed to scale up the garden to an effective size in a very challenging environment.”

Unlike many international show gardens, Kremers says the Color on the Creek organization he helped form had to deal with a host of unusual issues, from marauding muskrats to a difficult and varied depth and creek bed. “There were more than several experts who told us it would never work. We had to believe it could be successful and adapt as we hit bumps along the road,” he says.

The test garden in 2012 had 20 plants; currently, there are about 5,000 plants, including day- and night-blooming tropical lilies, lotuses and bog plants.

While this is lovely in the warmer months, Kremers felt winter needed something as well. He says the idea “for adding boats was an adaptation of the numerous festive holiday “parades of lights” that have occurred in many maritime communities throughout our country, including Annapolis and Providence, R.I.

“I always felt that the traditional one- or two-night events were a lot of effort for a short time. I was hoping to liven up the Carroll Creek promenade for a much longer period of time when the creek can be rather dark and bleak,” he says. “We went from one ‘lightship’ in the creek for four weeks in 2017 to hopefully 17 boats for 13 weeks this year.”

A senior at Urbana High School, Leila Ghaffari has always desired to make a difference in her community. From volunteering with the United Way Summer Serve Program and Leader-ship Week for the past several years to interning with the City of Frederick this summer, she has set out to do just that.

“The United Way Summer Serve Program and Leadership Week really opened my eyes to the larger community,” says Ghaffari. “I became aware of the many services and nonprofits Frederick has, and ways to help.”

While interning with the city, Ghaffari says she learned so much about what it truly means to be a public servant. “I think many students think connectivity with the government and people in their own community is not possible, but I learned that there are many opportunities to get connected and put yourself out there,” she says. “I attended many events and ribbon cuttings, as well as productivity and planning meetings, which all allowed me to understand how city government works. The rich history of Frederick is strongly evident at City Hall as well as the strive to move toward the future.”

Ghaffari was surprised to learn she had won the award. “When I first found out, I was honestly shocked because I didn’t realize people were noticing the things I was doing,” she says. “I was really excited because I realized that, at that point, I had been in the path of enough people to have made a noticeable impact. I am just unbelievably grateful to be recognized, and thankful to the people who made this possible.”

Ghaffari plans to split her $2,000 grant evenly between the United Way of Frederick County, with support to Heartly House, and the Frederick Children’s Chorus.

“I wanted some of the donation to United Way to be used to help Heartly House because it is a place that supports domestic violence victims that needs support too in order to keep serving,” says Ghaffari. “The fear of leaving a toxic home environment or walking down the street alone is too real, and without a place like Heartly House, victims have difficulty finding support.”

She adds, “I also chose the Frederick Children’s Chorus because they believe that music is an essential part of life and they make it possible for anyone to be immersed in musical education. They make sure that everybody has an opportunity to participate, regardless of their financial situation, which is most commendable.”