The Real Farmers Markets of Frederick 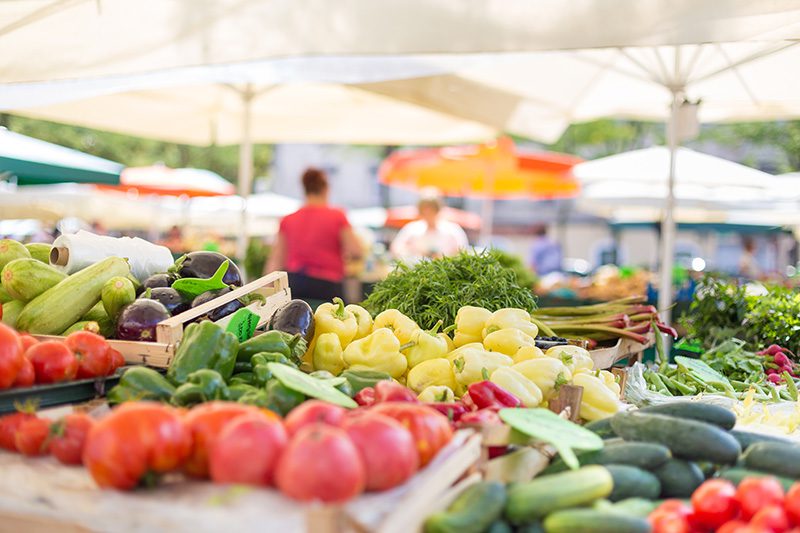 Back in the city of Atlanta, I lived in a house that has the world’s best front porch. It was a 100-year-old home, Victorian (in that hybridized Old South way) and sat above the street by a good 25 feet, up a little grassy slope. The house was surrounded by trees to keep it cool in the sweltering southern summers, and sat across from my neighbor, Father Austin’s house, which is the nicest home in the city.

Both houses could only see each other, and Grant Park across the street. Every Sunday from 9-1 the farmers market would set up right at the entrance. The wifey and I would sit on a sunny Sunday spring stoop and wile away our worries, whilst wondering at the wonderfulness of the whole wide world.

The farmers market was the key to the whole damn thing. It would still have been an amazing veranda, but without all that joy across the street, it would have just been a porch. The fact it was on Sundays, just in time for brunch, always ended our weekends in extra-bougie style. Fetch the khakis and boat shoes, Alfred!

So, I was overjoyed when my longtime Frederick friend, auntie and all-around bon vivant called me to meet her on one of my first days in the crab state at a local farmers market. We will call her “L” to protect the innocent. L and I met at a market only having about four tables, which was understandable given the November gale at the end of market season. I did meet some local farmers whose passion for growing things from the earth gave me hope for the upcoming season.

Flash forward eight months (“Time is an illusion. Lunchtime, doubly so.”—Douglas Adams) and I’m stepping into a market out at the Frederick Fairgrounds. Free and ample parking—which in this state seems to be as rare as a truth spoken from the mouth of a politician—was the first sign of good stuff to come. The local souq did not disappoint.

Everywhere I turned there were colors. All the colors of the rainbow and combinations only seen in Crayola Ultimate Crayon Buckets. Lots of plants, lovingly raised from seed, stacked all over tables and on the ground with pictures of what your new tomatoes or okra should have looked like once you’ve finished over-watering them … whoops!

I found a Pennsylvania Dutch baked goods stand that brought me right back to my childhood, and immediately purchased some apple dumplings, which were cinnamony-ooey-gooey-ooowee inside surrounding a whole apple, and perfectly flaky and moist on the outside. A toe-curling Dutch treat.

Across the way, I bought a pound of spicy all-beef “walkin’ sticks” as we called them in Central PA. I scooped up some cucumbers, carrots and sugar snaps for only a couple bucks (no hipster price tags here … yet). I found a beautiful house plant to make our home more verdant, a sample of local brew and some conversations (in English, Spanish, and PA Dutch/German … what can I say? I have talents) and I was fully satisfied with my sun-soaked saunter through the stalls.

There are many markets sprinkled all throughout the local Frederick area, and more just a short drive away. Getting to know the people who grow your food is the ultimate adventure into food-voyeurism. It connects you not only back to the soil from whence it, and we all come from, but our neighbors and community as well.