Now You See Them 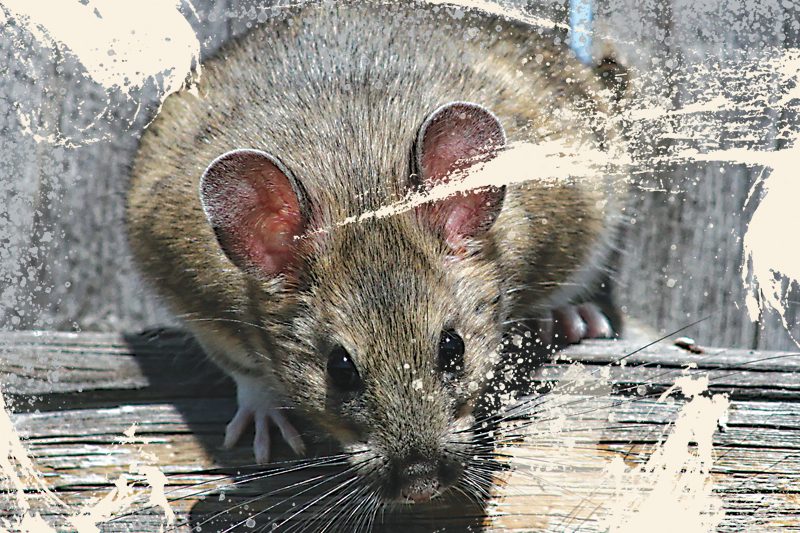 The Edwards’ hairstreak is a somewhat drab brown butterfly with small patches of blue at its wingtips. Though an unassuming little flyer, this state-endangered species lives in Frederick County’s few stands of scrub oaks—small trees, no more than 10 feet tall, that thrive in patches along rocky mountaintops.

This small connection of endangered and common species is only a tiny part of the larger intricate web of species linkages in the ecosystem that we can’t always see.

For years, there have been the headlines about starving polar bears, butchered black rhinos and vanishing hawksbill sea turtles, but those animals aren’t always close enough to home to resonate. The Allegheny woodrat, Edwards’ hairstreak, and yellow-fringed orchid are all state-threatened or state-endangered right here in Frederick County. Just in the Frederick Watershed west of the city, there are 22 state-threatened and -endangered species, with 12 more on the watchlist; there are even more throughout the county.

There are various levels of state and federal endangerment. A federally endangered species is one that is deemed “in danger of extinction throughout all or a significant portion of its range.” Threatened means “a species is likely to become endangered within the foreseeable future,” according to the U.S. Fish and Wildlife Service. The federal Endangered Species Act was signed into law in 1973 and Maryland law followed in 1975.

Maryland has been collecting data since the ’75 state law, with its first list published in 1984. The list was revised in 2010. Significant forest loss, habitat degradation and continued development are major reasons why many of the species are on the list.

In the case of the state-endangered Allegheny woodrat, a small packrat that is found in the watershed, human presence will make them leave an area. In addition, the prevalence of raccoons will decimate the population, not because the raccoons kill the woodrats, but because the woodrats sort through raccoon feces. Packrats are always on the lookout for seeds and raccoon feces is a prime source; however, raccoons also carry ringworm, which can kill woodrats.

The scrub oak that the Edwards’ hairstreak butterfly requires is not common throughout Maryland, though there are pockets of it in the watershed and other forested areas. One of the main reasons for this butterfly being endangered is that the scrub oak populations are not increasing. Without regular fire, scrub oak stands flounder and do not produce as many new trees, likely one factor in the hairstreak’s decline.

The threatened pearl dace and highly rare checkered sculpin, two fish found in Carroll Creek, have had their populations significantly decline over the past 30 years. With development in the Carroll Creek watershed came more impervious surfaces, such as rooftops and parking lots, that prevented stormwater soaking through the soil. This increased the amount of water flowing to and through the area’s small creeks and streams, scouring the banks and causing sedimentation, which is detrimental to the tiny macroinvertebrates that fish eat.

In addition, the water flowing into the creeks runs over hot asphalt, heats up and carries toxic substances, all of which is not ideal for maintaining fish populations. Coupled with the loss of natural buffers, such as trees and other vegetation along the banks, the streams heat up to the point that they can no longer support certain fish species. Without buffers, there also is limited food and habitat for the macroinvertebrates.

Many species are threatened or endangered as a direct or indirect result of human activity. Forest degradation from invasive pests and diseases, improper forest harvesting, excessive development and other actions have affected many of the more sensitive species in our local ecosystem.

Some species are rare or endangered in Maryland, but not in other areas. The Edwards’ hairstreak is an example of a species that is relatively secure outside of Maryland, as are pearl dace and checkered sculpin populations.

The Allegheny woodrat, however, is not only having trouble in Maryland, but throughout its native range. Requiring large rock outcrops as habitat, these areas are fast becoming rarer with increased deforestation and development.

The yellow-fringed orchid is state threatened, but its population throughout its native range is fairly secure. This orchid, like many others, is difficult to spot and dies back to the ground over winter so its habitat is not evident during dormant months. It blooms in early fall so it might not be seen among other vegetation until flowers appear. Because it’s not as evident, its habitat may be trampled before the plant has a chance to flower.

Orchids provide food for pollinators and the checkered sculpin and pearl dace are a food source for birds and larger fish downstream. Every animal and plant has a specific role in the ecosystem, to eat or be eaten.

When one species is lost or its population diminished, the other species it affects shift in ways that change the entire system. One positive example of a species shift is wolves returning to Yellowstone National Park; within a few years, the elk population started to become controlled, which, in turn, allowed the willows to grow. Willows are the main food source for beavers, so there was an increase in beaver population. The beavers were able to help even out seasonal rainfall flushes by providing holding ponds for the water. The increased willow growth was also able to shade the water, which provided habitat for cold-water fish. The changes continue through the ecosystem, clicking through the cogs as each piece is turned back on. Though it sounds like a simple solution, returning the highest predator to the ecosystem had a significant impact on all its inhabitants.

Maryland’s rare, threatened, and endangered species aren’t necessarily as easy to repopulate as returning wolves to the ecosystem. However, there are steps to partially return the ecosystem to as close to original as practical and possible.

While one of the top predators of Maryland once was the mountain lion, it no longer lives in the state, or at least hasn’t been seen in years. Mountain lions and other apex predators help keep deer populations in check, which in turn allows forest to regenerate, producing seeds for other species to eat.

Without the apex predators, we need hunters to step in to help control the deer population. The deer can decimate a forest by eating the young seedlings before they have a chance to become adult trees. Overpopulation of deer can throw an entire ecosystem out of balance. A controlled hunt will help keep that population in check, which will also help keep the ecosystem in working order.

Each of us has a role in protecting rare, threatened, and endangered species. One of the best ways to protect these species is to protect their habitat and food sources. Beginning with native plants, select native species for your own landscape. They will provide valuable habitat and food for birds and other species. And if those plants spread seeds to natural areas, it will not affect the ecosystem. Invasive species, such as winged euonymus and Japanese barberry, escape from our yards and take over habitats where native plants could grow.

Goldenrod is at the top of the list for ecosystem benefits. Its flowers provide a valuable food source in the fall for pollinators. There are many other native plants that will help support critters, including native viburnums, chokeberries and serviceberries, to name a few.

The most valuable trees are oaks because they provide food and habitat for many species. Jays, squirrels and other animals are supported by oaks. Just behind oaks are the black cherry tree, a species that is not desirable for its looks, but its flowers and fruits provide many benefits.

But even more important than planting the right species is to protect the soils and habitats of those rare, threatened and endangered plants and critters you may not be able to see. Tearing through a muddy area with all-terrain vehicles and full-sized vehicles can permanently damage soils so they can’t grow certain species. In one local case, two vehicles ran over a threatened orchid habitat, which reduced the population in that particular spot by half because of the soil compression. Even moving rocks from a large outcropping can reduce habitat for woodrats and rattlesnakes.

The city conducted its first prescribed burn in the watershed in fall 2017 to help regenerate the oaks and pines. The pitch pines in the burned area are all the same age and nearing the end of life. About half the cones of pitch pines are serotinous, meaning they need fire to open and release the seeds. By burning a low fire across the area within a designated fire line, the leaf litter and small competing seedlings were burned off, making an ideal place for pine seeds to set. The older pines can withstand the low fire because of their thick bark and they will continue to produce cones and seeds while new seedlings grow.

Fires can help reduce populations of red maple and sweet birch, species that aren’t as valuable to wildlife and compete for light against slower-growing pines and oaks. Pine seeds and acorns are very nutritious and fatty, an ideal food source for many critters. By running a low fire over the area, oaks and pines will have a chance to grow into canopy trees before the maples and sweet birches are able.

In your own yard, it’s unlikely that you’ll have threatened or endangered species. These plants and animals should be left in their native habitats. Allowing them to remain in well-managed natural environments ensures that they are being monitored and protected. For that reason, the Department of Natural Resources does not release information about where rare, threatened, and endangered species are located. It’s enough to know that these treasures exist throughout the county and that we can protect them by treading lightly, taking only pictures and leaving only footprints.