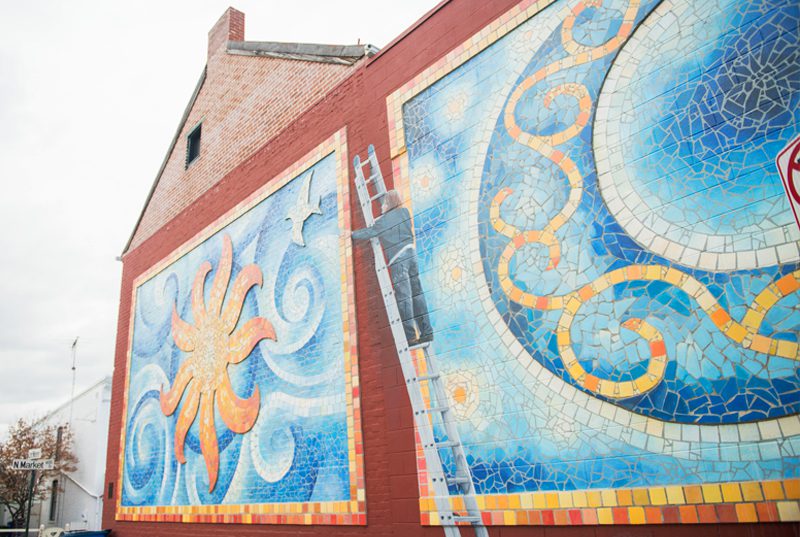 My wife is amazing at finding deals on things. She’ll scan internet ads and websites like HAL 9000 scans lip movements for signs of dissention. Need a villa in Hawaii for 11 days for $700? Check. Need a new car, but want to pay 60 percent of asking price? Check. New Doc Marten, 14-eyelet boots in oxblood for $45? Chhhhhheck.

So, when we decided to move to Frederick last year, she began the search for the perfect Base of Operations/ Trap Spot/Supervillain’s Lair/Home-Sweet-Home. After much opening and closing and clicking of browser windows, countless hours of pacing and discussing, deciding and eliminating, we landed on an old rowhouse on the north end of Market Street.

The Fam moved into the new digs, appreciating its age and character. We are smack dab in the heart of Frederick. Super cool and easy to meet the neighbors. Our new set was apparently referred to as NoMa (ehhhh) by the locals, which we have since redubbed Nor-Four. I tend to give out nicknames like gramma’s givin’ out quarters and hard candies.

Our new neighborhood had a lesser reputation than that of our neighboring streets south of Fourth Street, according to some random locals I met in a northside establishment. I haven’t seen any of that. Maybe because of living in the southside of Atlanta for the past 10 years, where the burglar bars on your house are color-matched to the new solar panels on the roof.

Nor-Four has tons going for it.

We have a cool bar that serves great wings—crispy and drenched in sauce like they should be. The place seems a little gruff from the outside, but like most places that look rough, the heart inside is huge and welcoming. Getting icy Narragansett pounders with those wings, served by a bartender with a huge smile and an iron fist, is a bonus. She orchestrates busy wing nights like Marin Alsop. Everyone invariably gets the wings they ordered, a minor miracle with the constant stream of patrons in various stages of imbibement. I’ve worked in the restaurant industry with countless, highly skilled culinary assassins for almost three decades; I know a badass when I see one.

Nor-Four has one of the best noodle joints I’ve been to on the East Coast. It also has a killer brewery that pulls as good a pint as any in the Old Bay state. There are places to get you fresh-to-death with a new haircut or some new handmade jewelry. Cool art galleries rotate works by local slingers of paint, benders of metal and carvers of wood. Barbecue will make you feel you’re back in the South.

We have our own bodega. At the corner of Market and 4th sits a tiny square building where you can get two green peppers, a plain white V-neck and a Bulgogi sub. It’s the only place around that sells cigarettes. I go there a lot.

Nor-Four, NoFo or NoMa, is on its way to becoming as crowded as its goody-two-shoes neighbor, but way cooler. Now that I think about it, maybe we want to keep it to ourselves.  Do we really want those southside crowds takin’ up our bar stools and parking spots? Uh … I changed my mind. We’re scary and weird and a little dangerous … we’re the people your mother warned you about. Stay away. Or come grab some BBQ. Just be cool.