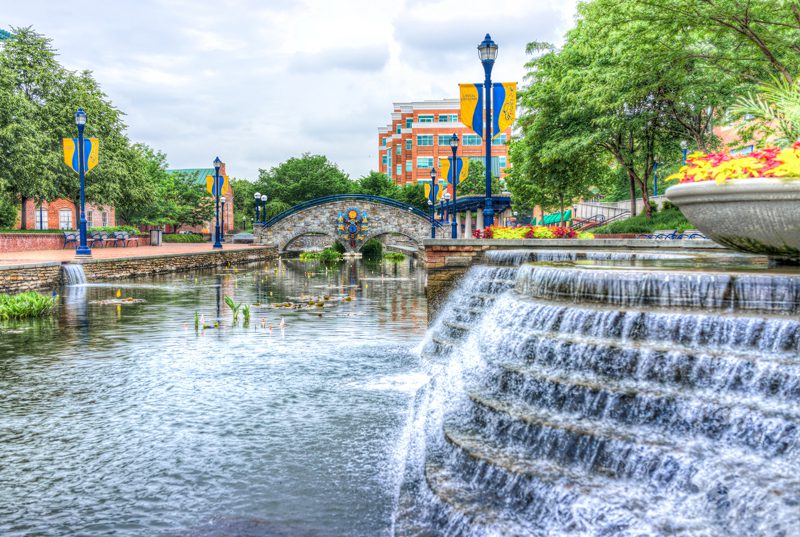 My first First Saturday in Downtown Frederick dawned blue, with one of those breezes that strokes through the color-changing tree tops to pull off the first real avalanches of red and yellow. I let the dogs out and struck up a conversation with my neighbor, trying to pry into some cool thing that might be going on in my new hometown.

“Well,” he said, pausing to give the worrying grimace that I usually get from restaurant servers when I ask if the mashed potatoes are real. “You could go to First Saturday, but it’s just gonna be a bunch of tourists gawkin’ around. They ruin a perfectly good day.”

I thought it was strange that he wouldn’t like a street fair, especially when everything was within easy walking distance, and he was a young guy with a wife and no kids. People living in other cities would honestly kill to have something like First Saturday in their corner of America. First Saturday sounded great to me.

The wifey and I walked down Market Street with a chilly breeze whipping around us. We saw the Cub Scout dressed like a bucket of popcorn looking for that next high-five and dancing around like no one was watching. Fires were set up outside various places along the street with tables full of s’more ingredients and sticks loaded with marshmallows ready to be caught on fire and burned to a crisp, charred exterior (which is the only way to eat a marshmallow, #facts).

This led to a sunset stroll down Carroll Creek Linear Park. This walking path is truly a jewel of my new home city, but one that seems to be underutilized. We had something similar in Atlanta, “The Beltline,” easily that city’s most used path by tourists and locals alike. But I didn’t see that many people using the creek walkway, which was a shame. We made it to a bridge, watched the sunset, and commented about how civilized our new city was and how lucky we were to land here.

We continued our path up to Second Street, stopped to admire the home of a former governor and some wrought-iron fence that my darling insisted we have someday outside our own casa. We passed a little cheese shop set inside an old bank building that could have easily missed our gaze had our stomachs not been rumbling. We smiled at each other and went in.

The Cheese Dude was a cheery guy, clearly taking great joy in the simple delights of a sip of wine. I trusted him right away. We gathered up some cured meat, gooey cheese, little French pickles and a bottle of port.

It was one of the nicest evenings we’ve had in a long time. This made me wonder why locals tended to look on First Saturday as a bit of a nuisance. Sure, there were plenty of tourists around taking up valuable parking spots and restaurant reservations, but they were supporting the local Downtown economy and all with smiles and laughs and wine on their breath. Seems like the kind of crowd any city would want to welcome in. Look on the bright side, it could be droves of Eagles fans.