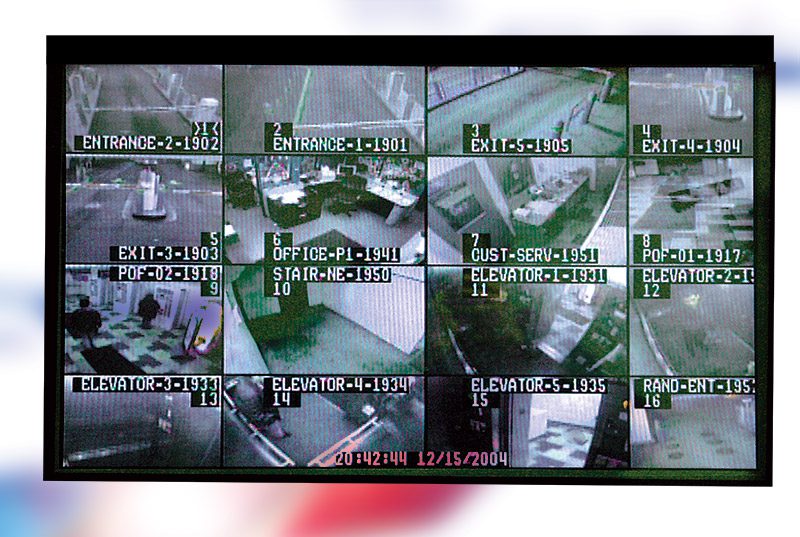 Numbers Show Both Wins and Losses in Battle Against Crime

On Tuesday mornings, the various divisions of the Frederick Police Department come together for a weekly crime meeting. Here, officers and staff go over the past seven days, looking for potential patterns and discussing their predictions on what may happen over the coming week. They also see what crime is happening in neighboring jurisdictions to see if it may come to Frederick. Using this data, staff comes up with a strategy to address potential crime and prevent it as well.

The weekly meeting is part of the department’s three-prong approach (data, community policing and problem solving) to combating crime. “We use data driven information to ensure that we are putting our personnel in the right areas,” says Police Chief Ed Hargis. “When individuals call in to report theft from a motor vehicle, we can develop a hot spot area so that we can focus the midnight shift officers on very specific areas where crime is occurring.”

In an effort to give residents more contact with officers on a regular basis, the department hosts and participates in a number of events, such as the monthly “Coffee with a Cop,” Neighborhood Advisory Council (NAC) meetings and the Chief’s Forum, a quarterly meeting for residents to serve as advisors to Hargis. These interactions allow residents to share information and concerns so the department knows their community priorities, Hargis says.

The problem-solving approach focuses on repetitive calls to a certain area. Through crime data analysis, staff try to determine what is causing a particular crime problem and then what they can do to address and prevent the issue.

So far, the strategies are working. Last year, the city police saw a 0.5 percent decrease in serious crime, going from 1,780 in 2017 to 1,772, according to the annual Uniform Crime Report. The latest numbers are the third-lowest crime numbers recorded since the year 2000, with the highest reaching 2,947 in 2001.

The report noted decreases in several categories: rape (-7.1 percent), robbery (-14.9 percent), burglary (-7.9 percent) and arson (-23.1 percent). Hargis notes part of the decrease is due to a small number of individuals who had committed multiple crimes in 2017, inflating the numbers that year; once they were apprehended, they had little chance to influence the 2018 numbers.

There was an increase in homicide from one to three, theft rose by 17.6 percent as did stolen automobiles at 18.6 percent. Hargis notes a majority of theft numbers come from unlocked motor vehicles that are entered overnight. Through public service announcements and NAC meetings, department officials continue to warn residents to keep their vehicles locked and store valuables in the trunk or, even better, in their homes. Officers on the midnight shift have been deployed to neighborhoods where thefts have spiked. “If we can just get the public to help us out and lock those doors, that would certainly drive that number down,” he says.

There was also a decrease in calls for service, going from 106,235 in 2017 to 104,811 last year. “We are committed to working with the community in trying to make their neighborhood safer,” Hargis says. “If they see something suspicious, we certainly would want them to call. I would much rather come out and find out that what somebody thought was suspicious was nothing, versus [not calling us and later finding out] it was actually somebody breaking into a house or breaking into a vehicle. They are our partners in trying to make Frederick a safer city.”

Drugs, particularly opioids, continue to be an issue for law enforcement. The five police agencies in the county responded to a total of 367 overdoses last year, among which 59 were fatal. These numbers are up from 2017’s 345 overdoses in which 54 were fatalities.

In an effort to get unused prescription drugs out of residents’ medicine cabinets, which could be abused by those addicted, many departments have placed drug drop boxes inside police stations. The Frederick County Law Enforcement Center, which houses the Maryland State Police, Frederick County Sheriff’s Office and Frederick County Emergency Communications, has two boxes in its lobby and was in the process of adding a third.

Maryland State Police Detective Sgt. Scott Robertson notes the Frederick barrack has collected more prescription drugs than any other state police barrack in the state. The totals have steadily risen from 531 pounds in 2014 to 1,359.75 pounds in 2016 to last year’s 2,077.69 pounds. “You can see people are getting on board with the awareness,” Robertson says. “People are actually taking the initiative to really get involved with this epidemic in trying to get rid of [prescription drugs] so other people don’t get their hands on it.”

State police, along with the county Health Department and Fire & Rescue Services, will also be hosting medicine disposal events throughout the county this year. One was held in Urbana in late March; others will take place at fire stations in Walkersville (June 8), Middletown (Sept. 28) and New Market (Dec 14), each from 8 a.m. to noon. Robertson notes the event is taken to different communities to give residents with busy schedules a chance to drop off medicine. “We are trying to get parents and grandparents to get rid of any prescription medication that they have at home that they are no longer taking because if we eliminate that supply, we think, in the long run, we eliminate somebody from getting their hands on it that shouldn’t,” he says.

Fighting the opioid crisis continues to be a priority with the Frederick County Sheriff’s Office, as it saw a 14 percent increase in arrests for drug violations from 743 in 2017 to 847 last year. “When that starts to happen, if you look at [serious] crimes such as theft, burglary, robberies, they have all gone down,” Eyler says.

Theft decreased by 11 percent, burglary by 18 percent and robberies by 27 percent. “You can say that has a direct correlation to more enforcement on the drug side of it because a lot of times those thefts and robberies and burglaries and things of that nature … [are being committed by] those who have addiction problems, such as heroin or opioids, and are stealing to support their habit. … If we are able to put more resources into focusing on enforcing drug laws and arresting drug sellers and users, I think that is helping us decrease those other crimes.”

Overall, the sheriff’s office saw a 6 percent decrease in serious crime offenses, going from 1,490 in 2017 to 1,407 last year. Five of seven serious crime categories saw decreases, with a 25 percent increase in rape (20 to 25) and

“Most [serious] crimes are down in the county,” Eyler says. “That’s a good thing. That tells us we are doing some things right. There are always areas for improvement and I can tell you that the command staff of the sheriff’s office [and] the deputies are not satisfied. They don’t get satisfied. We are constantly looking for ways to improve and combat crime better and we will continue to do that in 2019 and as the years go on.”

Though not a part of UCR reports, the sheriff’s office has seen an increase in internet child pornography and internet sex crimes and has dedicated more personnel to the issue, including at least one investigator solely focusing on those crimes. “We are doing search warrants and arrest warrants several times a month, if not weekly, for those types of crimes,” Eyler says.

The sheriff’s office employs a number of tactics to combat all types of crime, including deploying directed patrols utilizing crime data to place deputies in areas where problems have occurred and the Pro Active Criminal Enforcement (PACE) unit where deputies are not assigned a permanent beat but rather inserted into areas where extra attention is needed. “We are flexible,” Eyler says. “It’s not the old days of just, ‘This police officer goes out on his beat and he handles his beat.’ These deputies are tasked with a lot of things and we are constantly changing. We are constantly having to adapt to different things that are happening in the county. It’s not just one thing we are doing. We are hitting [crime] from a bunch of different angles, different units.”