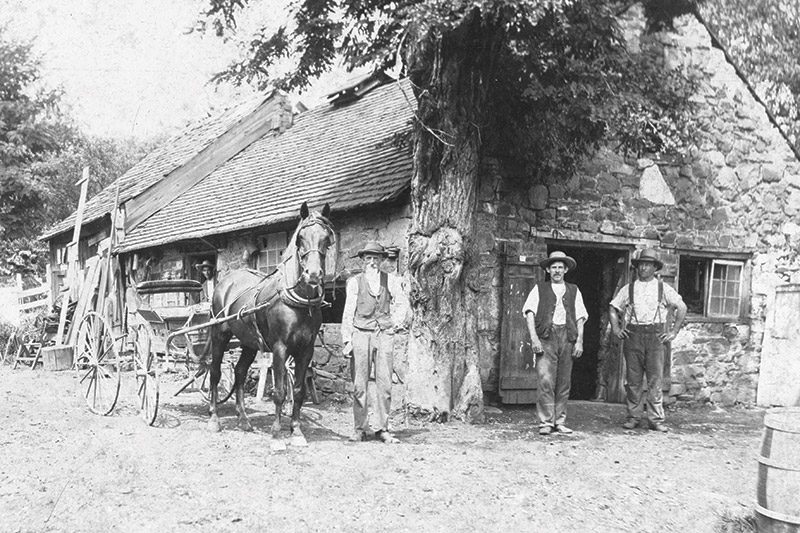 This photo shows the Donsife brothers, Francis Genoa and Atho, in front of their Woodsboro blacksmith shop around 1887. The man next to the wagon is a customer named Dan Zimmerman. (The Donsife and Zimmerman families were distantly related.) The Donsife brothers opened the second blacksmith shop in the Woodsboro area, and while it may look like it was in the middle of nowhere, it is believed the Donsife shop was at the junction of what is today Main Street and Md. 550. The Donsife family’s blacksmith shop continued to operate under multiple generations, including Otho Justus Donsife and his son, Robert, who retired and closed the shop in 1958.

Woodsboro was founded on land given to Joseph Wood in 1693 by the King of England. The town was laid out in approximately 1786 and named after Wood, though it was originally called either Woodsberry or Woodsberrytown, shifting to Woodsborough and eventually Woodsboro. Woodsboro is also one of the few municipalities in the state to refer to its executive officer as a burgess rather than a mayor. Burgess is a Scottish term meaning freeman of a borough that was later adapted to refer to a representative of a borough to the English House of Commons and eventually any government representative.