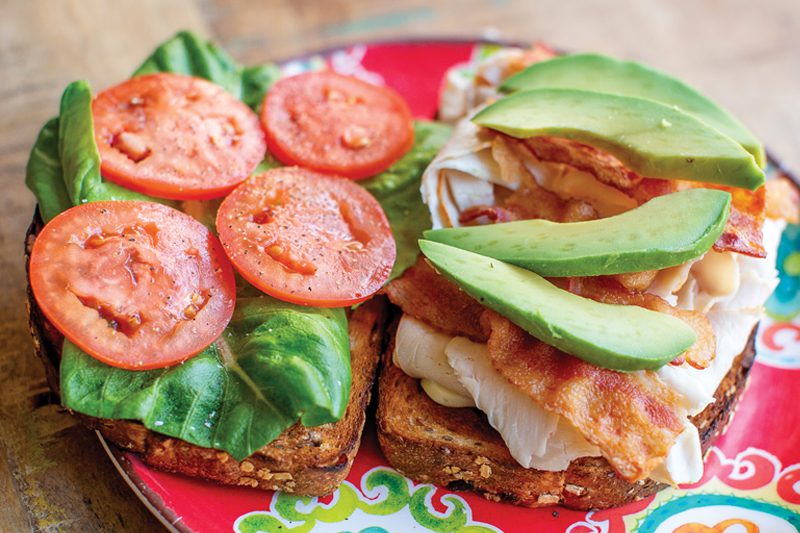 “Serendipity” describes the joy of unexpectedly finding what you need or having things work out just right. Sometimes that means hitting all green lights when you’re running late or finding $10 on the day you forget your lunch. Sometimes it’s latching onto the right idea at the right time, in the right place.

That was the deal for Diane Branson and Brittany Grimm, two caterers/ insurance adjusters who brought Serendipity Market & More to Downtown Frederick in June 2017, giving the city something many other urban centers lack: a place to buy fresh groceries.

Just as a delectable cake is more than the sum of its ingredients, this duo sees Serendipity as an opportunity to blend food, art and community into one charming enterprise.

Fredericktonians benefit from an array of seasonal farmers markets and several large grocery stores near Downtown, but there’s a growing awareness among cities about how the unavailability of fresh, healthy foods affects residents’ overall wellbeing.

Commonly known as “food deserts,” the U.S. Department of Agriculture defines low-access communities as having at least 500 people and/or at least 33 percent of the population residing more than one mile from a supermarket. In rural areas, the qualifying distance is 10 miles. As a county, Frederick measures up well. Only 2.24 percent of the population falls into that category, compared to 27.34 percent statewide, according to the Maryland Food System Map Project by John’s Hopkins Center for a Livable Future.

Anyone who has hauled groceries home without benefit of a car, even in good weather, doesn’t need a report to understand the challenge. Serendipity Market & More bridges the gap be-tween boutique-style specialties that attract casual visitors and core essentials for those who live nearby.

The friends originally considered opening a sandwich shop with funky, repurposed furniture and a casual vibe, but a request from Branson’s son, Jim Bauckman, a Downtown resident, tipped the scale. He suggested they carry bananas and other fresh items that residents might use at home. “And the seed was planted,” says a beaming Branson.

The historic location (14 E. Patrick St.), a dry goods store back in circa 1860, sparked the women’s imaginations. Grimm shares, “We envisioned an old-fashioned general store, with that sense of community where people feel ownership when they walk in.”

Open shelves further back, laden with canned and boxed pantry items, allow the rich texture of hardwood floors and original brick walls to shine through. Branson says they try to stock requested items but there’s still room for surprises. “When [customers] want to make a Caesar salad, we have anchovy paste and fresh garlic.”

True to the owners’ catering background, creative sandwiches and other prepared foods are a big part of Serendipity Market & More. Neighborhood favorites include the Brightwell, a warm, golden hoagie with savory roast beef, horseradish cream cheese and thinly sliced red onion, served with rich au jus for dipping, or the Curious Bear, a slab of roasted cauliflower “steak” outfitted with house dressing, vegan cheese, lettuce and tomato on ciabatta bread. The innovative Walk Away Omelet is cooked to order in a folded container, a la Chinese takeout, while the Farmers’ Bowl is the biggest breakfast seller.

Patron Deborah Carter first bought her family’s Thanksgiving meal from Serendipity in 2017. “Now it is our tradition.” She chuckles, eyes glinting as she continues. “They have the best Maryland crab soup.” There are always three house-made soups available. The sweet potato lentil is another winner.

This winter Serendipity added baked potatoes and brunch options to the list, as well as a Sunday Supper series. The family-style gathering is a prix-fixe feast that might include roast chicken and squash ravioli in butter, confetti rice or green beans with herbs. Vegan options are available.

Grimm likens Serendipity’s appeal to a traditional tavern. “We have regular groups that meet here and it’s great to hear them conversing about how to make things better or how to attack problems. We love that.”

The place was a haven for snowbound residents during last winter’s storms. “We promised our neighbors we would be open,” recalls Grimm. “We had toilet paper, milk and eggs. … We made food. We moved furniture to the front window by the big television. … It was one of our busiest days. People came in just to hang out, drink hot cocoa and watch movies.” They plan to host more evening diversions, such as karaoke, game nights, classes and live music, to combat the winter blues and to bring people together.

They’ve hosted office parties and baby showers, receptions and political meet-and-greets. The rear of the store leads to a gallery, an intimate, sunken nook used to showcase local artists which can hold up to 30 guests. The second floor is 1,700-square foot of event space for private parties. They’ve even set up high-top tables throughout the retail space for special events.

Serendipity’s owners are also plotting a change to the store’s layout, introducing vendor stalls, like market hall. “We try to support as many local businesses and artisans as we can,” says Branson. They expect giving vendors more control over what to stock will benefit shoppers, too, by adding greater variety. Viola! Tea was the first to sign on; its products already feature prominently, along-side handcrafted soaps, skincare and decorative glassware. The art gallery will expand upstairs.

“I feel like people truly become family, our customers and the people who work here” says Branson, as Grimm nods in agreement and Louis Armstrong croons What a Wonderful World from the overhead speakers. Check.