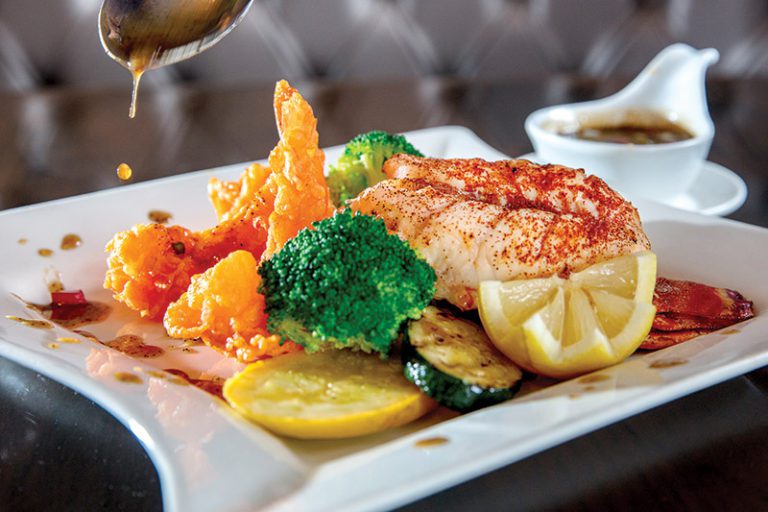 Lucky Corner’s Westview Location Garners Its Own Following of Fans

Sometimes luck and hard work go hand-in-hand, just ask the Huynh/Duong family, owners of Frederick’s two Lucky Corner restaurants. The family took over the first location, a cozy site at North Market and 7th streets in June 2006, and quickly cemented a loyal following of fans for its authentic Vietnamese cuisine.

Family patriarch Pha Huynh says spending 25 years as an award-winning chef with the luxury Grand Hyatt Washington hotel was a solid start. It shaped his appreciation for the customer’s experience and sharpened his exacting standards, two hallmarks of Lucky Corner’s enduring reputation.

After leaving Hyatt, Huynh spent a few years working for a friend, opening four Sizzling Express locations, then partnering in an Annapolis restaurant called Viet Thai Paradise. It didn’t take long for him to realize what he really wanted was a restaurant all his own. He drove north from D.C., scoping out towns like Rockville and Gaithersburg along the way, but the competition was thick and rent was pricey. When he made it to Frederick, the stars aligned. As luck would have it, he spotted an ad for an established restaurant near the city center, with few other Asian eateries nearby and, the biggest coup, a parking lot.

Huynh and his wife Ha Duong settled into restaurant ownership by updating the menu and working through staffing issues, ultimately enticing their son, Trung Huynh, to join the family business. The younger Huynh says the original place doesn’t get a throng of out-of-town day-trippers like some of the celebrated restaurants closer to Frederick’s crossroads of Market and Patrick streets, but it gets plenty of local folks walking in from the surrounding neighborhood. He says the secret to their success is repeat clientele, a golden ring in the restaurant business. “Friends bring more friends in. Our job is to wow them the first time they come in. Hopefully, they will return with another friend. That’s how we stayed in business all these years.” 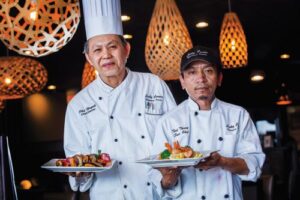 Lucky indeed, their status as a hometown favorite grew organically, through each platter of mango chicken, mound of crab-and-pineapple-flecked fried rice, and in each flavorful slurp of phở, Vietnam’s traditional dish of long, rice noodles in rich, slow-simmered broth with customized additions.

For the senior Huynh, having his own place was an opportunity to flex his creative muscles, too. “I worked with many chefs throughout the years, over 100 chefs,” he says, noting a willingness to blend unusual flavors and new techniques into traditional cuisine. “I picked up everything good along the way.” The current menu is replete with classic flavors of Vietnam —lemon-grass, chili, coconut, basil, garlic and ginger—but includes pan-Asian influences, too, such as teriyaki salmon, pad Thai, piquant shrimp curry and Chinese-inspired favorites like beef with broccoli and a distinctive take on General Tso’s chicken. There’s a substantial selection for vegetarians, too, including a “hot pot” with veggies and tofu in silky brown garlic sauce over yellow rice. It’s the attention-getting equivalent of sizzling fajitas wafting through a Tex-Mex restaurant.

On busy nights, devoted patrons cram into the reception area and wait up to an hour for their favorite fare, a fact that inspired the family to open a second location at Westview Village off Md. 85 in September 2016. Pha spearheads the new 90-seat restaurant while Trung captains the relatively compact original site. Menus at both places are similar, with father and son each putting their own spin on daily specials. On the day we visited the Westview site, softshell crab, shrimp with lobster and black mussels were featured, showcasing Pha Huynh’s penchant for seafood. “My favorite dish,” he says, eyes glinting, “is the Chilean sea bass with red curry basil. It’s not too spicy.” It is one of the chef’s specialties, featuring a pan-seared filet served over seasonal vegetables.

Trung Huynh says he goes for the caramelized pork ribs when he’s craving a homestyle dish. “If I want something spicy, it would be the chicken with chili and lemongrass.” The most popular dish at both lo-cations is the black pepper shrimp and scallops. “The sauce makes it different. It’s very rich and buttery. Sweet. It can be spicy. It’s a sauce worth dying for!”

One thing patrons will immediately notice about the second location is it’s not so much a “corner” as it is mid-row of a strip shopping center. Mixed moniker aside, the site’s ample parking and easy access are definite pluses. Inside, the two places are as different as night and day, too. While the Market Street locale is bright and warm, Westview’s decor is cool and refined, using a soothing palette of sleek black and neutral tones. Online reviewers describe it as the type of place to take a date, with one first-time guest noting with pleasant surprise, “The outside doesn’t do this place justice.”

Trung says people really like the visual appeal added by a cadre of wooden chandeliers in various geo-metric shapes. “We assembled those by hand,” he says, raising his brows for emphasis, “one piece at a time.”

The Westview site is definitely more of a good thing. “Dad was looking for someplace bigger, with the bar, capable of accommodating groups and events.” The location has hosted graduations and wedding showers, with growing demand for office party reservations. Birthday customers get a free dessert. Happy hours are 4 p.m.to 6 p.m., Monday through Thursday, but anytime is a good time for the signature lychee Martini or ginger-raspberry mojito.

Both Huynhs agree, the original Lucky Corner is still bustling and suc-cessful, thanks to its “regulars,” while new customers continue discovering Westview. A shellacked shrine at the door honors the Vietnamese saint of good fortune with daily offerings of fresh fruit, candy or tea. “We’ve noticed the growth,” says Trung, “especially on weekends.”

When asked if there are any plans to open a third or fourth restaurant, Trung draws a deep breath and tilts his head from side to side. “We would consider it but, honestly, it’s very hard to maintain” two restaurants. For now, the family is focused on giving customers a return-worthy experience.

Seeing people enjoy his food is one of Pha’s obvious delights. He says, “My customers come in and they eat well, and they go home happy. Next time they bring more family, more friends. That’s how I know we’re doing something right.” Some guys have all the luck.