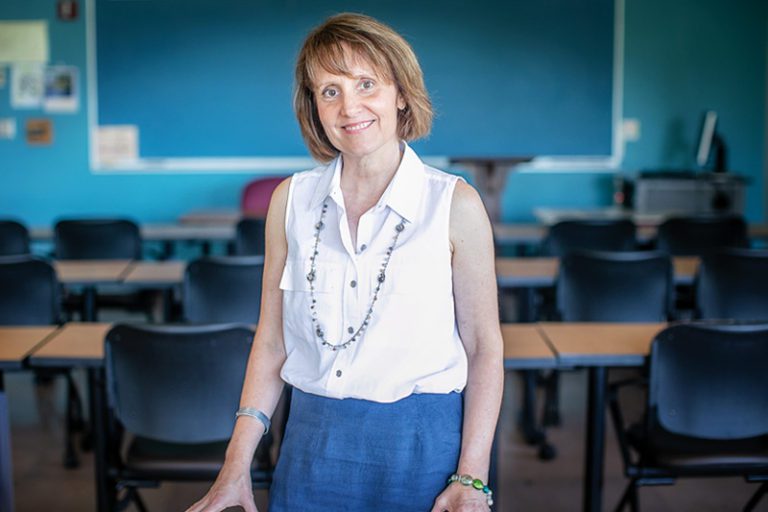 Howard Tyrone Fogg has worked since he was 15-years old. As he approaches his 57th birthday, he has a secure job in inventory management for a Frederick manufacturing firm. By all accounts, he could be running out the clock to retirement. Instead, he’s busy planning for his second career.

Unlike many older Americans, Fogg is fortunate that he doesn’t have to be thinking about another job at this point in his life. But he has a dream of owning his own business—and he’s laying the groundwork to make that a reality when he retires from his current job.

“I’ve got a five-year plan,” he says. “When I am 62, I want to be on another journey.” Fogg, who is active in his church and sings in the congregation’s praise team and choir, wants to put his faith into action by starting a driving/chauffeuring business specifically tailored to serving the elderly. He wants to provide transportation to places like the grocery store and doctors’ appointments. In doing so, he wants to help children who are trying to care for their parents while also raising their own children. “People need someone they can trust,” he says. “So that’s what I’m going to do.”

Fogg’s entrepreneurial dream came into focus after he took a Career Planning & Assessment class through Frederick Comm-unity College’s Career Services department. Although he jokes that he skewed the average student age in the class “significantly,” he found that interacting with young people provided him with insights about how he could parlay his own experience and personality strengths into a second career that would have great meaning to him.

Anne Scholl-Fiedler, FCC’s coordinator of Career Services, taught Fogg’s career planning class. She says it was clear to her and the other students that Fogg really enjoyed helping other people. But like many older adults who are thinking about starting new careers, he simply needed to reframe the way he always thought about what he should or could do. “Especially as people get older, their values start to shift,” she says. “And that leads to a deeper conversation about what they want to get out of their next career.”

After spending more than 25 years working in journalism and public relations, Mary Ellen Hackett found herself contemplating a career shift. “I had been really privileged to have a variety of experience in my field, but it got to a point where I was looking for a way to use my skills in a different way. I found myself yearning for a challenge again,” she says.

Hackett comes from a family of educators, but admits that teaching was never something she considered—even though she spent much of the last 15 years serving as a writing coach and professional mentor to the young staff who worked at her PR agency in Washington, D.C. “I always found it invigorating and inspiring to work with young talent. It was so rewarding to watch them grow professionally,” she recalls. “But still, it didn’t really enter my mind to teach.”

But then she heard about an adjunct communications instructor position at FCC. “I looked at the textbook for the class and thought, ‘I lived all of this during my career,’” she says. With a master’s degree in communications management and a wealth of “real world” experience under her belt, she decided to give the instructor position a try. “I think my experience and background allows me to bring a lot to the table, but the students really keep me on my toes. It’s really motivating to be around them,” she admits.

Many older Americans saw their retirement portfolios take a major hit from the Great Recession of 2008. As a result, working well into their retirement years became a necessity and not an option for some. But even as the economy has recovered and retirement nest eggs are regaining more of their pre-recession ground, many older adults either still do not have enough saved for retirement or simply choose to keep working.

According to the U.S. Bureau of Labor Statistics, by 2024 an estimated 41 million people ages 55 and older will be part of the U.S. labor force. And although they represent a smaller number of workers overall, the 65-to-74 and 75-and-older age groups are projected to have faster rates of labor force growth annually than any other age groups.

Whether work is required or a choice, those looking for a comfort-able “encore career” will find that the technology sector continues to see exponential growth and job opportunities. James Hatch, professor of cybersecurity and information technology at FCC, says the field of technology has been booming for 20 years and shows no signs of slowing.

“Cybersecurity is hands-down the biggest area of growth because there is a cybersecurity component to every business,” he says. TechRepublic, an information source for IT professionals, estimates more than 1.8 million cyber security job openings by 2022.

Alex O. Akpodiete is hardly what you’d call a luddite, the dismissive term assigned to those afraid of using modern technology. He has a bachelor’s degree in computer science and spent seven years working in the information technology field for the State of Florida and Pricewaterhouse.

His career path then took him to law school. He practiced law for 15 years before he decided to pursue missionary work, teaching in his native Nigeria for six years. Eventually, he decided to return to the United States and settled in Frederick, where his sister lives.

He found himself drawn once again to the field of information technology, but recognized that he could not rely solely on his knowledge from nearly 30 years ago. “I knew I had to upgrade my skills, but I had no interest in taking on education loans at this point in my life,” he says. “So I looked at FCC.”

Akpodiete eventually became one of the more than 500 students who have enrolled in FCC’s cyber-security program since it was launched almost four years ago. Students can choose a cyber-security area of concentration for an associate degree or pursue a certificate program of study.

Eventually, Akpodiete earned some of the highest levels of professional certifications available and landed a job with a federal contractor. Although the position paid significantly less than previous jobs he had, Akpodiete recognized its potential. “I knew that I might have to take a job way below what I was used to making because I knew where I was headed,” he says.

Akpodiete believes the heaping dose of humility he swallowed to land his first cybersecurity job is a necessary ingredient for those looking to pursue new careers later in life. “You have to realize that you might have to put what you knew aside,” Akpodiete says. “You have to be willing to empty the glass and refill it.”

But there is more to success than simply keeping an open mind to new knowledge. Encore careerists must also be willing to take new—and unexpected—chances. Hackett never envisioned herself as a teacher, but now admits, “You just never know when opportunities may cross your path.”

Akpodiete can speak to that. Although he had prepared himself to work as a cybersecurity professional, he was offered an opportunity to teach the topic, so he gave up his daily MARC train rides to D.C. to become an information technology instructional specialist in FCC’s Department of Continuing Education & Workforce Development.

The majority of his students are in their 40s or 50s. “I have more people who are changing careers than those trying to upgrade in their current job,” he says. He reminds his students that although they may be venturing into new territory, they have the benefit of possessing emotional intelligence that comes with their age and experience. “I encourage them to use that,” he adds.

Howard Fogg is following Akpodiete’s advice. He admits that when he was younger, he was afraid to ask questions or to admit that he didn’t understand some-thing. But he now knows that if he wants his entrepreneurial dream to become a reality, he has to turn to others for help. He’s already been to the Motor Vehicle Administration and has begun investigating the steps to get a license to operate his chauffeur business.

Those who need or want to look for a new job later in life know that reaching out to others, even if just to get a question answered, is the kind of net-working that anyone—at any age—must do to have a successful job search. “I always tell my students, ‘Networking isn’t just a computer term,’” Hatch says.

In the career planning class he took, Fogg discovered that his life experiences had provided him with leadership and problem-solving skills that he either over-looked or took for granted. Now he recognizes how those strengths will benefit him in his encore career. “The more we learn, the more we grow and the more we can share,” he says.

Kathleen Groover, a program manager in FCC’s Business and Technology department, has worked with scores of adults who are seeking new career opportunities later in life, even in retirement. She says some are simply exploring these programs as a way to get their feet wet and try something new and different.

Others are forced to start over, either because they lost their job or perhaps because they’ve suffered an injury that forces them to pursue a new line of work. “We had a stud-ent who had been a stone mason, but following an injury, he decided to look into computer work,” she says.

Regardless of what drives them to pursue new opportunities, Groover says FCC’s workforce development programs, including career planning services, “provide students with on and off ramps. It lets them explore these potential career pathways, to start wherever they are and get to where they want to go.”

It is an approach that Fogg has taken to heart. “Tomorrow is not promised to you,” he says. “Everybody deserves to do something they love to do. Take the cobwebs off. Why not take a chance? What have you got to lose?”