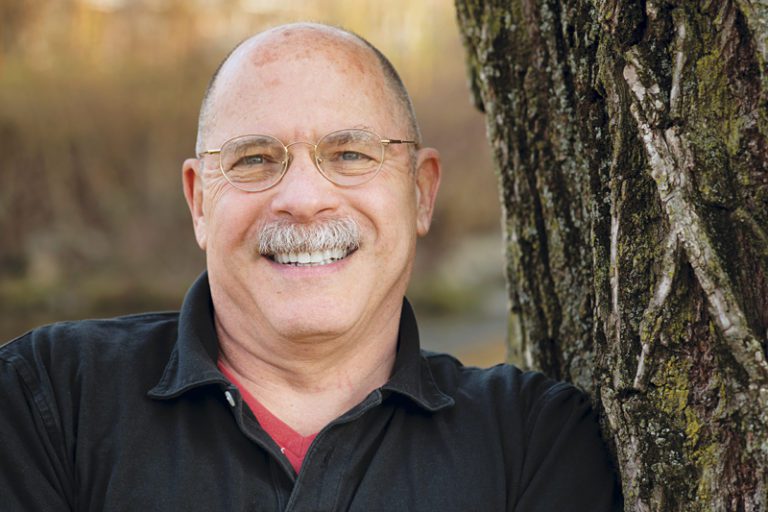 Putting a Spotlight on Domestic Violence

“One of the things about community policing is using all available resources,” says Kim Dine, former Frederick City Police Chief and more recently chief of the U.S. Capitol Police Department. A consistently valuable community resource in Frederick, he says, has been Heartly House, a nonprofit agency that since 1979 has been the sole provider of comprehensive services to survivors of domestic violence, sexual assault and child abuse.

As a way to raise funds to make sure that efforts continue, Heartly House is hosting “Affair of the Heart,” a gala from 7 p.m. to 10 p.m. on May 18 at the Delaplaine Visual Arts Center, 40 S. Carroll St. There will be live music, dancing, hors d’oeuvres, a signature cocktail and other beverages.

Dine will be celebrated at the gala for his work with Heartly House, and while he says he is honored by the recognition, “This isn’t about me, it’s about Heartly House. They are a great partner [with the police department] and I can’t say enough good things about the work they do dealing with one of the most devastating things in society, something that crosses every single boundary—race, sex and economic status. And often, it’s something nobody wants to talk about.”

During Dine’s tenure as Frederick’s police chief, he and the department were selected to represent all of Maryland’s municipal agencies to pilot a state Domestic Violence Lethality Assessment. The program, ultimately put into place in 2005, consists of a list of questions presented to a victim at the scene of a domestic situation to assess if there’s the potential for further harm. If so, the victim is invited to call the local agency dealing with domestic violence for assistance. The program has moved from just being used by police officers to include allied professions such as hospital and court personnel and social workers.

“This resulted in better training for officers, making sure your people are asking the right questions so you can intervene and preclude crimes from happening,” Dine says, as well as fulfilling his mantra to get more of the community involved in addressing problems.

“Dostoyevsky said society is judged by the way it treats its prisoners. I always thought police departments are judged by the way we treat our victims as well. Thanks to Heartly House, we are able to do that with compassion, dignity, kindness and strength,” Dine says.

In addition to stints with the local department and U.S. Capitol Police, Dine also was an assistant chief for the (Washington, D.C.) Metropolitan Police Department, where he was commander of the Youth and Family Services Division. He served as the domestic violence coordinator for the agency and as a member of both the Mayor’s Task Force on Youth Issues and the Cabinet on Domestic Violence.

The National Distinguished Principals program was established in 1984 to recognize excellence in elementary and middle level principals’ school leadership. The award honors Hilliard for setting high standards for instruction, student achievement, character and climate for students, families and staff.

Ashleigh Duclos, a parent who contributed a letter of support for Hilliard’s nomination, wrote: “I have had the pleasure of getting to know and interact with Mrs. Hilliard for the past five years. She is an exceptional leader. … She makes sure to get to know each student and takes time to listen to their stories, engage in their interests and care about their academic achievements. … She is a visible leader who the children know and trust and feel comfortable going to with a problem or with positive news. Parents are invited and encouraged to come and celebrate their child’s achievements. … As a parent, I feel very informed about the events that are occurring in our school … no problem is too big or too small, the children come first.”

Hilliards’ supervisor, Elementary Instructional Director Mark Pritts, described her as the comprehensive school leader that every school community needs for exemplary student achievement. He adds that putting kids first has been the primary driving factor for Centerville Elementary School’s rise to state and national Blue Ribbon School recognition. He cited Hilliard’s regularly scheduled Principal Chats—open to the community—along with literacy and math nights, STEM night and presentations to the PTA.

“Leading an elementary school that hovers near 1,000 students each year is a tremendous responsibility, one that she embraces and looks forward to,” Pritts says. Hilliard has been invited to join with other state winners for a recognition ceremony in Washington, D.C., in October. State-level is the highest recognition given in the National Distinguished Principal program.

As the sun sets and the moon rises, take a journey into the dark recesses of Frederick’s bloody past and uncover some of her enduring mysteries with Ghost Tours of Historic Frederick, for 19 years Frederick’s most popular walking tour.

Based upon factual events and actual eyewitness encounters, the candlelight walking tours highlight numerous epicenters of alleged paranormal activity in the historic district of Downtown Frederick. Guides dressed in period attire lead visitors through dark streets and alleyways for an informative, yet hauntingly fun, adventure, investigating some of Frederick’s haunted sites in search of the infamous, the unknown and the unexplained.

Historic Frederick has been called many things, but “Maryland’s Most Haunted City” is a classification tour director Ron Angleberger likes the most. “Frederick is a perfect venue for ghosts. The city is over 273 years old, has countless stately and historic old homes, a Civil War battlefield and a past that at times was very turbulent and violent—making Frederick, unequivocally, and with-out doubt, one of the most haunted cities in the nation,” he says.

Find out the devilish plan of a “spiteful” owner of an 1814 mansion and why his spiritual discharge continues. Contemplate the reasons why Frederick’s famed Barbara Fritchie continues to guard her home from invading Confederate soldiers 156 years after her death. Discover why former stage hands, actors and members of the audience refuse to be removed from their prized seats at Frederick’s historic Tivoli Theater (now the Weinberg Center for the Arts).

Tours are offered on select weekends through the spring and summer and meet in front of Brewer’s Alley at 124 N. Market St. Cost is $10.50 for adults, $8.50 for active military and seniors, $6 for children ages 6 through 12. Tours are approximately 90 minutes and leisurely cover 1.2 miles. Reservations are recommended. www.marylandghosttours.com

We love getting the readers of Frederick Magazine involved in an annual summer contest and one of the most popular is when we ask you to send us your photos. This time we’re asking for photos of life on the streets, roads, alleys and lanes where you live. It could be a tree-lined street in Middletown with its Victorian houses or a winding gravel road in the Catoctin Mountains. Your camera might also capture people clogging the sidewalks of Downtown Frederick on a First Saturday. The road is wide open, so to speak.

Send your submission by June 10 to [email protected] Include your name, address, phone number and some brief background information about the photo, such as where it was taken and why the photo matters to you. Photos will be considered for publication in the August issue, based on originality, quality and how well they portray the contest theme. Prizes will be awarded to our top winners.