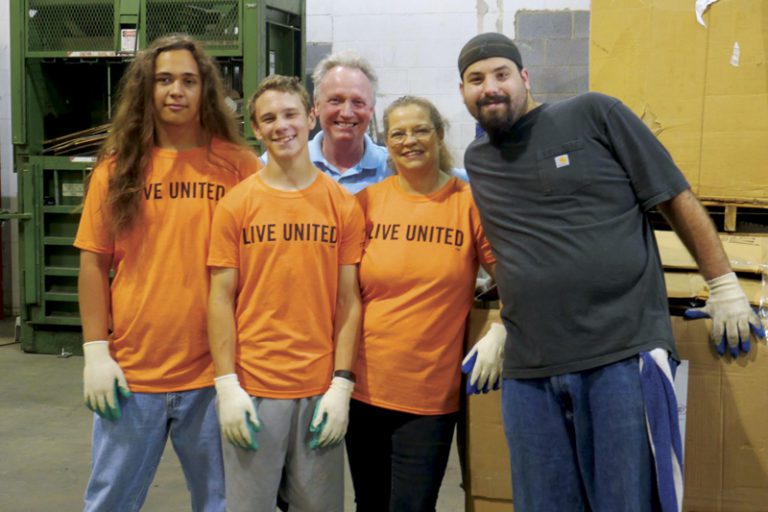 This year marks a special milestone for the United Way of Frederick County—its 80th in the community. During the past eight decades, the county has experienced many changes and tremendous growth, but one of the things that has remained a constant is the organization’s mission to improve the lives of the residents.

The United Way has provided resources to people in need, or at risk, through a variety of Frederick County nonprofit groups and agencies. These entities have received invaluable support from private and corporate gifts in the form of manpower hours, funding, supplies and grants totaling over $50 million. “Through the years, the United Way of Frederick County has been able to deliver critical information and solutions to help resolve Frederick County’s most pressing challenges,” says Ken Oldham, the organization’s current president and CEO.

Although 1938 is considered the founding year, the United Way of Frederick County was first conceptualized nearly a century ago, thanks to the mobilization of the country’s population and economy during World War I. The support efforts on the home front required soldiers, food, ammunition and money—key necessities to win the international conflict. Frederick County residents certainly did their part, and Allied efforts secured victory in November 1918. All the while, valuable lessons regarding the importance of preparedness and teamwork were gleaned from this terrible chapter in our country’s history.

As soldiers returned home, national leaders saw the need for better organization and improved amenities at home. Soon began infrastructure changes to the armed forces, transportation systems and government agencies. It was a time of social reform and economic prosperity that would usher in the Roaring Twenties.

At the local level, community leaders, residents and veterans alike could reflect upon the power of collective actions in the war effort. Many began to feel a renewed vigor, and entertained the notion of waging war on a new foe—the ills and social problems here at home. These could be addressed by a “united” effort of care and fundraising among neighbors, in an attempt to further improve Frederick County.

The first recorded, local discussion to unite separate agencies for fundraising and mutual cooperation was held in October 1925. The Frederick City Ministerial Association moved to have a “Community Chest” in Frederick, and assigned a committee to make a report on a plan of this nature.

The Community Chest organization dates back to Cleveland, Ohio, and the year 1913. It had the purpose of conducting organized fundraising campaigns with local businesses and employees— the proceeds distributed to important local projects. The drive to establish a group like this in Frederick would take several years—and not everyone favored the idea. Consternation and cynicism were expressed by a few of the established fundraising enclaves that felt that a new “charitable union” would undo individual successes and mismanage donations.

The matter would be tabled until 1932, when the Frederick Lions Club reintroduced the idea for a Community Chest program. A year later, the Salvation Army would also endorse the concept. The country was quite a different place than it had been a decade earlier. Residents had seen the legendary stock market crash of 1929, launching the Great Depression. Effects would be felt for years to come as many lost money and savings, and found themselves without jobs. President Franklin D. Roosevelt was moved to institute his New Deal as a means of providing employment through federal programs such as the Works Progress Administration and the Civilian Conservation Corps.

By January 1938, the time to consolidate Frederick’s varied charity drives was long overdue. The Frederick County Chamber of Commerce announced a goal to secure a Community Chest for Frederick. Chamber members and businesses were solicited to lead, and make contributions to, a multitude of local charity campaigns each year.

The Community Chest offered a solution for pooling resources and time, not to mention cross-marketing the many needs of the community to the population. Plans were discussed for a single, annual drive to replace independent, money-raising campaigns. Competition would soon be eliminated as various charities would share proportionately under the Community Chest model.

The strength and resources of the Chamber of Commerce made the “united giving” model a reality in April 1938. The Frederick Community Chest’s first directors were elected at a meeting during the last week of March. Planning commenced for an inaugural campaign to occur May 2-9 of that year, with a goal of raising $15,520. The board consisted of an impressive group of citizens, including its president, Hood College President Dr. Henry I. Stahr, and first vice president, Roger B. Wolfe, a Gulf Oil distributor and president of the Frederick County Chamber of Commerce.

Dr. Ignatius Bjorlee, superintendent of Maryland School for the Deaf from 1918 to 1955, served as the Community Chest’s first campaign chairman, overseeing an army of 172 volunteers. A kickoff luncheon was held on May 2 at the Francis Scott Key Hotel, where a 10-foot thermometer was placed in the hotel lobby to record the daily tally of donations. By the end of the drive, $15,503.55 had been raised. The Frederick Community Chest was a success.

The passionate spirit of giving has remained the same for 80 years, however, the Community Chest’s name would change to the United Giving Fund in 1970 and finally to the United Way of Frederick County in 1975. Founding members passed the torch to later generations of residents, some being family members, as well as newcomers to the area—all dedicated to assisting local nonprofit agencies in their missions of aiding community members in need.

Rick Weldon, a Delaware native, first came to Frederick in 1985 and has been involved with the United Way of Frederick County as a donor, volunteer and served as its president and CEO from 2008-2009. Today, Weldon serves as vice president of the Frederick County Chamber of Commerce and shares a unique perspective on the United Way’s impact back on the organization responsible for its birth.

“From its earliest days, the United Way of Frederick County has played an important and lasting role as a part of the Chamber of Commerce,” Weldon says. “We’ve always had a strong presence of United Way board members and volunteers also serving on chamber boards and committees, and they share their concerns and accomplishments with their colleagues in the private sector. The chamber provides space and support for the Frederick Nonprofit Alliance, a group comprised of CEO’s from many of our leading nonprofit organizations. They share best practices, experiences and resources, all under the umbrella of the Frederick County Chamber. It’s something we’re very proud of.”

What’s next for the United Way? That answer can be found in its par­ticipation in the Asset Limited, Income Constrained, Employed (ALICE) project. The program shines a light on the true number of families struggling in the community by placing an emphasis on those in the community who struggle every day to make ends meet. “Programming to support the 32 percent ALICE population in Frederick County is at the center of United Way of Frederick County’s strategy moving forward. Our focus is to improve health, education and financial stability conditions for ALICE households,” says Oldham.