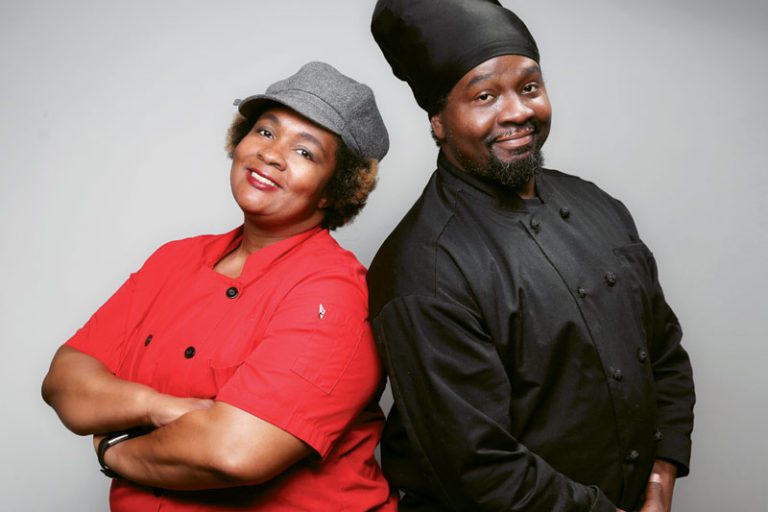 During her childhood in New Orleans, Lana Browner learned to cook from her grandmother, a woman who “never wrote down a recipe. If you wanted to cook, you needed to get in the kitchen to see how it was done,” she says. By contrast, Lana’s husband, Bob, went the more formal route, graduating from Le Cordon Bleu. Between the two of them they have formed Bent Events,­ a catering company with a Creole/ Caribbean menu for everything from corporate events to weddings.

The menu includes standouts such as jerk chicken egg rolls, catfish po’boys and crawfish pie, a dish unfamiliar here, but “when we put it out [at an event] it disappeared immediately,” Browner says. They are adamant about organic and locally sourced products. About the only thing they leave the area for is seafood from the Gulf of Mexico.

In addition to catering they do pop-ups and have a spot at the Linganore Farmers Market.

Bent Events will take over the kitchen at Serendipity Market & More, 14 E. Patrick St., during the first weekend in May, tempting diners with its style of cooking. Bring forth the crawfish pie. www.bentevents.com 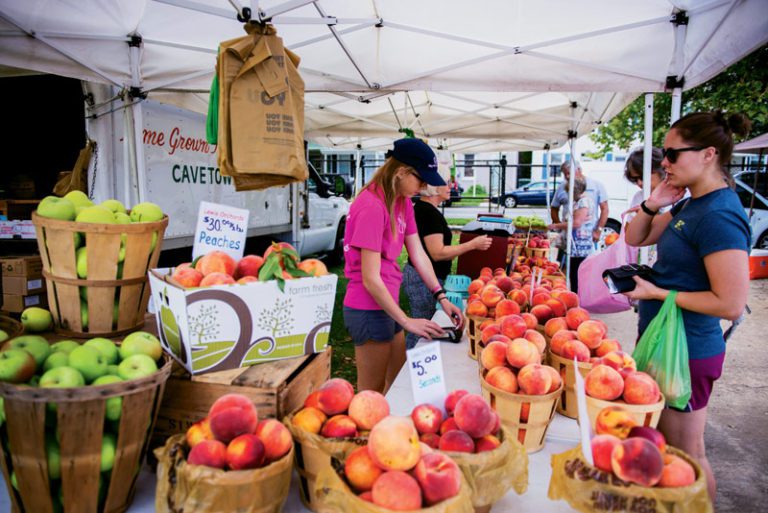 “We have a fresh location, we needed a fresh name, so we are now Field Fresh,” says John Sexton, president of the farmers market at the Frederick Fairgrounds, 797 E. Patrick St. The market was founded in 1991 as the West Frederick Market but with its relocation last year to the city’s east side, a more appropriate moniker was required. “We didn’t want to be confusing,” Sexton says. The market opens for the season April 28 from 9 a.m. to 1 p.m. and runs into early December with two weeks off in September during the fair.

Live music will remain part of the market and it will expand “to anyone who wants to play.” Sexton also mentions a new punch-card pro-gram enabling free items for being a loyal customer with a large prize drawing during the season. He says vendors are looking forward to another successful market season. www.fieldfreshfarmersmarket.com