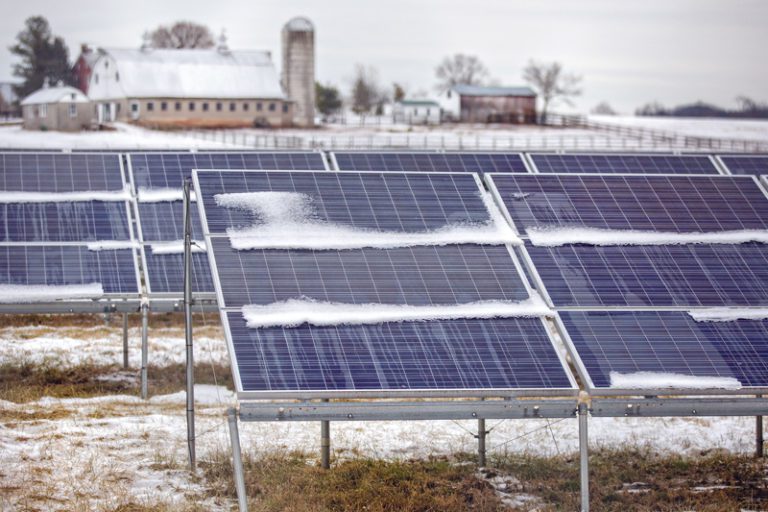 Emmitsburg covers a patch of land of just over 1.5 square miles. The small town has a history dating back more than 300 years and while it embraces its past town officials are also looking to the future and employing green technologies and other projects aimed at enhancing its overall appeal.

“Sustainability is about a commitment to enhancing the quality of life for residents the town now has and for those of the future,” says Mayor Donald Briggs. “It takes broad perspective not locked to a linear problem-solving process. To that perspective, in a short period of four years, we have had a lot going on and accomplished a lot.”

Emmitsburg is not only a Certified Maryland Sustainable Community, but the town has been able to save town money while doing it. The town sponsors projects that improve the quality of life in Emmitsburg as well as contribute toward the town achieving its certified sustainable status. These projects include community gardens; the Emmitsburg Farmers Market; the town’s multi-use trails; new sidewalks to improve walkability; a pet waste ordinance; solar fields; and a new solar-powered algae-control system in the town’s Rainbow Lake.

By installing energy-efficient LED bulbs in street lights, the town has seen its electricity costs reduced by 40 percent. This savings cut down the town’s overall electrical use by 9 percent. Emmitsburg has set a goal to reduce its energy consumption by 20 percent by 2022.

“With the old bulbs, we were paying to heat the atmosphere because a lot of the energy they used just generated heat,” Briggs says. LED bulbs also use 60 fewer kilowatt hours than standard incandescent lighting. “They last longer, too,” Town Manager Cathy Willets says. “Our guys are spending less time having to go around changing the bulbs. That saves us time and money.”

The catch with LED bulbs, however, is that they cost more than the incandescent lighting. Town staff found a solution to this potential sticking point by finding grant funding in 2013 to pay for a majority of the costs. “We got $70,000 worth of lighting for about $1,000,” says Briggs.

And they aren’t done yet.

“We just submitted a grant that will allow us to light all of the town buildings with LED lighting,” Willets says.

Emmitsburg is powering its government buildings with solar energy from two nearby solar farms, saving the town about $72,000 a year and potentially more as the excess power that the town sells back to the power company is reduced. This is because the town actually loses money on its excess power. The town’s savings come from going off the grid; it garners significant savings in the elimination of six taxes and surcharges from its power bills and the reduction of others.

The solar fields have produced enough green electricity since their installation that an estimated 5.7 million pounds of carbon dioxide emissions from standard electric generation have been avoided.

The town also installed a solar-powered algae-control system in Rainbow Lake. The new system, which cost the town $38,650 (and another $13,000 a year for calibration), was installed in April 2017. The LG Sonic system uses ultrasound to destroy algae in the water, causing it to sink to the bottom of the lake. It also uses less water than chemical algae control. The system is controlled through a satellite uplink to LG Sonic that allows the company to monitor and adjust the sonic waves to optimize the system’s effectiveness at killing algae.

After three months of operation, Willets told the town commissioners that the water usage from the lake had dropped from about 1.3 million gallons to around 600,000 gallons, saving the town the equivalent of 85 water taps. The town manager also reported that since the system has been installed there have been no unexpected filter-related overtime costs. The longer the system is used, the fewer treatment chemicals will need to be purchased. “Staff is very pleased with what they’ve seen so far,” she says.

Another way that Emmitsburg saves on energy costs is by not paying for power that it doesn’t use. The Powerstar Voltage Optimization System, installed at the sewer-pumping station on Creamery Road in 2016, regulates the power that the station draws. It also rejects excess power, which means that the town doesn’t have to pay for it. The system cost $17,587, but it’s currently saving the town about $2,059 annually in electricity costs, which means it will effectively pay for itself in less than a decade.

While the town’s new wastewater treatment plant was a state-mandated project, it has allowed the town to reduce the levels of nitrogen and phosphorus in the water, which is good for local waterways and, ultimately, the Chesapeake Bay.

STEPS AND NEXT STEPS

Briggs and the town commissioners have been working to make Emmitsburg more walkable, partnering with the Maryland State Highway Administration to rebuild the existing sidewalks and build new ones to connect areas of the town not only with each other, but with businesses, town parks and the swimming pool.

“If we can get people out of their cars as much as possible and give them the opportunity to walk, we will help build a sustainable community that is connected,” Briggs says. In November, sidewalks were completed that connected the Pembrook Woods subdivision to downtown Emmitsburg for the first time.

One benefit of being a certified sustainable community is that Emmitsburg gets priority when applying for state grants. “We do get grant priority because we are certified, which opens the door to a lot of funding we would not get otherwise,” says Willets. This priority helped the town get $250,000 in Community Legacy Grants that have helped improve business facades in town.

Many of the ideas that have helped Emmitsburg move towards sustainability have originated with the Emmitsburg Green Team, a group of citizens with interest in assisting Emmitsburg to become greener.

“We want to make sure that we leave behind a wonderful community for future generations,” Briggs says. “At one time we were self-sufficient. I think we’d like to be self-sufficient again.”

Emmitsburg town staff is also on the lookout for even more ways to save the town money while helping it become more self-sufficient. Their goal is to stop wasting resources and to reduce and manage costs—and make the town a popular place to call home. “I think this is going to be a nifty place to live,” says Briggs.