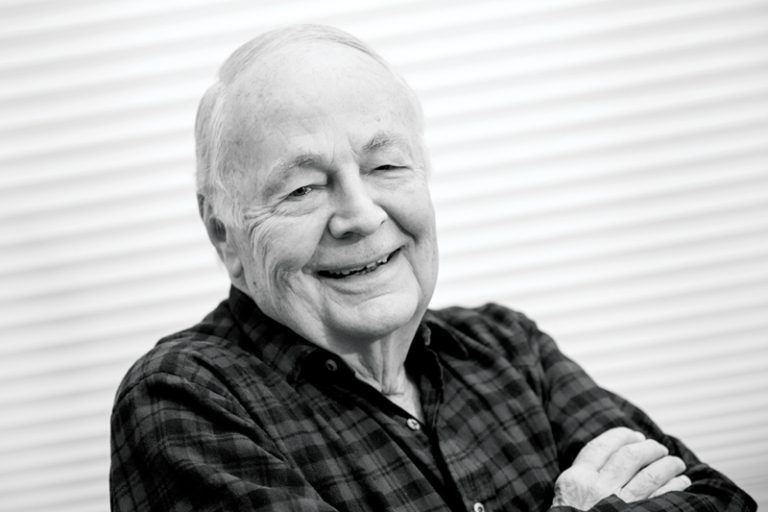 Native-born son George Smith returned home to Frederick in 1968 after fulfilling his medical education and military commitments in Hawaii and California. Here, he joined fellow doctors Austin Pearre Jr. and Harry Chase in medical practice. Fifty years later, George reflects on the dramatic changes that have occurred locally and globally in the field of medicine.

Scott: Where did you go to college?

George: I obtained my bachelor’s degree at Washington and Lee University in 1956 and my medical degree from the University of Maryland in 1960.

Scott: What are your most vivid memories of medical school?

George: Gross anatomy class. During my first semester in school we were given a cadaver to dissect. I was one of four students on a team. Some in our group were very good at dissecting. Me? Not so much. I was put in charge of making up the mnemonics that would allow us to recall the names of bones and other organs for use during classroom exams.

Scott: What was the medical community like in Frederick in 1968?

George: In 1968, most medical care was done by “general practitioners,” as they were then called. There were very few specialists here at the time. There were several surgeons, a couple of internal medicine specialists, a pediatrician or two, an obstetrician and an oculist. We had our own local patients but our internal medicine practice by-and-large also took care of most of the patients living outside of Frederick who required hospitalization.

Scott: Why was that?

George: Because we were convenient to Frederick Memorial Hospital, making rounds daily (occasionally twice a day) 365 days a year. There were generally just one or two doctors in each Frederick County town in those days and they didn’t really have the time to make the trip into Frederick to see patients at the hospital.

Scott: How many doctors were there in Frederick County in 1968?

George: I would say that there were about 50 physicians.

George: In 1968 FMH was starting to expand but it was not at all as vast as it is now. The emergency room was staffed by nurses. It had about six to eight beds and no full-time physician staff until several years later. There was a four-bed room for critical patients not even close to the standards of the current intensive-care unit. In 1968 no physician practices were “owned” by the hospital; today, I would guess 50 percent or more of Frederick County docs are employed in one way or another by the hospital.

Scott: What do you consider to be the major changes that have taken place in a doctor’s practice and in the delivery of local healthcare?

George: I made house calls and hospital rounds. Today most primary care doctors do not go to FMH but upon admission turn their care over to hospitalists who care for them while at FMH. Patients are then returned to the care of their primary doc upon discharge. There are some good aspects to this and some that aren’t so good. The abundance of excellent specialists across all fields is a decided improvement. Patients previously had to go “down the road” for specialized care.

Scott: What else has changed?

George: Medical drugs are so much better. I had maybe two-dozen medicines that I used regularly in 1968. The big boom in pharmaceuticals came in the 1970s and 1980s. However with miracle drugs came the exorbitant cost, for which physicians have little or no control. Also surgical procedures addressing problems that we heretofore never dreamed of approaching are so much better—with much less recovery time. I personally think the computer has been a plus although it has depersonalized medicine to some extent. All in all, I think folks who become ill in 2018 should be glad it’s not 1968.

Scott: And what are you doing now?

George: I work part-time at the FMH Occupational Health Service, where I supervise and interpret the treadmill tests.

Scott: Do you enjoy it?

George: I wouldn’t be doing it if I didn’t.

George Smith, 83, served as FMH chief of staff in the late 1970s and was later FMH vice president of medical affairs from 1996 to 2004. He lives with his wife, Carolyn, in Frederick. In addition to his professional pursuits, he “dabbles” in art and continues to play the banjo for friends, neighbors and the residents at Homewood. Scott Grove is a marketing consultant and owner of Grove Public Relations, LLC, an advertising and marketing firm he founded in 1986. A former reporter, Grove is a lifelong student of history and co-owner of iTour, creator of the Frederick Maryland Walking Tour, produced both as a mobile app and a DVD. For more information, visit itourfrederick.com or grovepr.com.