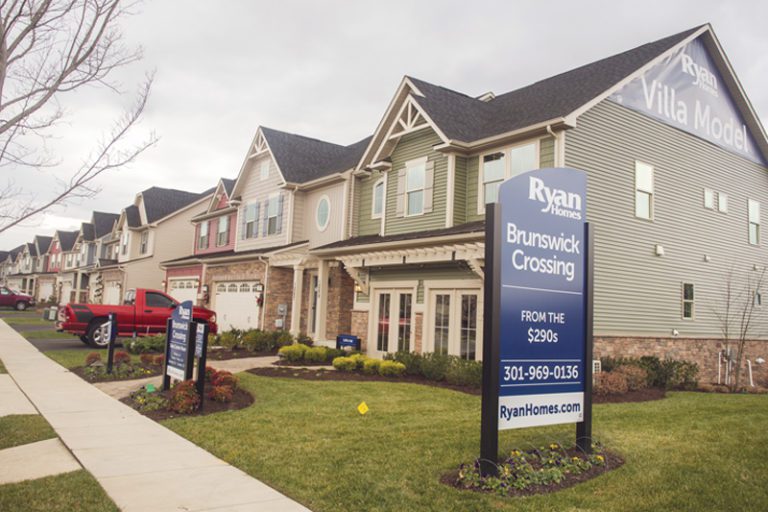 Local Economy Shows Few Signs of Slowing Down This Year

The New Year’s party hats and blowers have been put away and the holiday decorations are going back into storage. Life is returning to normal after the holidays and it’s time to get back to business as usual. And for many in Frederick County, business is good.

Interviews with representatives from several local market sectors reveal that 2017 was a good year and they expect 2018 will be even better. But those expectations are also tempered by what they acknowledge are the big unknowns: the impact of tax and healthcare reform, the results of local, state and national elections, and even the renegotiation of the North American Free Trade Agreement (NAFTA.)

It is, as Tip O’Neill famously said, proof that all politics is local.

Even though the slightly more than 1,300 working farms in Frederick County today is down from 1,442 in 2007, advances in farming techniques and technology have kept local agricultural production strong.

Katie Albaugh, agriculture business development specialist for the Frederick County Office of Economic Development, says that despite the decrease in agricultural acreage, the overall market value of agricultural products actually increased over a five-year period, going from $127 million to $150 million.

Yet overproduction of milk continues to hurt Frederick County’s dairy farmers. “In some ways we are the victims of our own success,” says Robert S. Ramsburg, president of the Frederick County Farm Bureau. Between government pricing programs and a glut of milk products, many dairy farmers cannot break even on their costs of production and are operating in the red.

Milk, soy beans and corn remain Frederick County’s top three agricultural products, but savvy farmers now recognize the need to seek alternative sources of revenue. “Agriculture is changing,” Albaugh says. “We still have a lot of traditional farms but even those are diversifying, often growing more than one thing.” Farmers are discovering that grow-ing hops or grapes provides a lifeline to Frederick County’s growing breweries, distilleries and wineries.

As with their peers in other sectors of the economy, local farmers are paying close attention to developments on the national level, including the renegotiation of NAFTA, which Ramsburg says could significantly affect local farmers’ ability to export their products.

On the state level, Albaugh says proposed poultry nutrient management requirements could have a significant ripple effect in Frederick County, since many local farms supply the grains that Eastern Shore poultry farmers rely on for feed. Local farmers are also hoping the state can find more funding for its agricultural land preservation programs and the Cover Crop program which provides grants for winter plantings that support soil health. “The Cover Crop program has been a tremendous boost to agriculture and has been a real win-win for everybody,” Ramsburg says.

Farmers accept uncertainty as an occupational hazard. Yet despite the challenges of climate change, encroaching development and trade imbalances, Albaugh says farming is growing in popularity.

“It’s cool to be a farmer now,” Albaugh says. She attributes much of that to the fact that more and more people today want to know where their food comes from. “Agriculture has become hip and exciting. Young people want to be a part of it.”

Greg Phillips, president of the Frederick County Association of Realtors (FCAR), believes 2018 has the potential to be another good year for the Frederick County housing market. But he is not shy about expressing his concerns about how events in Washington may impact the area’s current and aspiring homeowners.

“Although FCAR is apolitical, we do advocate for property rights and issues that impact home ownership,” he says. “Changes to mortgage interest deductions and homeowners’ ability to deduct state and local taxes are extremely relevant to high-tax areas like Maryland.”

Phillips says that not only could these changes significantly impact current homeowners, they could cause the market to cool for potential buyers, such as those looking at second homes. “Removing the mortgage interest deduction may just remove the incentive to buy,” he says.

Affordability remains a big issue in Frederick County, especially for millennials, many of whom are burdened with student debt. “We know that many of these potential buyers are delaying purchasing a home for seven or eight years because of that debt,” Phillips says.

Yet Frederick County’s proximity to the I-70/270/95 triad continues to make it a desirable location for many. “We continue to have a relatively low inventory of homes,” he notes, with approximately 1,100 homes for sale, as well as numerous new developments underway. “The local market is very healthy.”

As long as Frederick County can meet the needs of its diverse residents—from seniors who need affordable, accessible housing to millennials and boomers who want to live in walkable, urban environments—he doesn’t see that changing.

“When people buy a home, they are also buying a school, a community, a lifestyle,” Phillips says. “They are buying the American dream.”

New Mayor Michael O’Connor will be calling the shots in the City of Frederick in 2018, while elections for the Frederick County Council, including the role of county executive, will take place in the fall. County and city leadership will be instrumental to ensuring the area maintains its current upward trajectory.

“Our business retention remains very strong,” says Helen Propheter, director of Frederick County’s Office of Economic Development. “We visit businesses every year and of those we visited in 2017, 82 percent say they expect 2018 to be even better than 2017.”

The 180-room hotel and conference center should be fully designed and approved in 2018, although it is not expected to open until 2020. Meanwhile, runway and hangar expansions are underway at Frederick Municipal Airport that are designed to make the facility the area’s preferred executive airport. Proponents of these projects expect that the airport and hotel will provide first-rate facilities and convenience that will attract even more businesses and jobs to the area.

Yet even as they celebrate their successes, local government officials are keeping a close eye on state and federal issues that impact business growth in Frederick County. That includes legislative reform that would allow breweries like Frederick’s Flying Dog to invest and expand in Maryland.

They also acknowledge that although the number of local jobs is growing, there are still too many people who live in Frederick County who work someplace else. “We know that there is a huge workforce that drives through Frederick or from Frederick every day to go to work,” Propheter says. “We want to make Frederick the place to stop for work. We know that we can do better.”

When it comes to public health issues in Frederick County, 2018 will begin much like 2017 ended: with healthcare providers, public safety officials, families and neighborhoods trying to stem the tide of the opioid epidemic.

The 2017 Frederick County Interim Community Health Assessment reports that fentanyl deaths more than quadrupled from 2015 to 2016, surpassing heroin-related deaths during the same period. Preliminary data reveals the problem shows no immediate signs of abating, with double digit fentanyl-related deaths in the first six months of 2017.

Ongoing uncertainty out of Washington regarding healthcare reform will also impact local patients and their providers, including non-profits, as they try to meet the needs of all Frederick County residents, including the area’s rapidly growing aging population.

The Maryland Department of Planning estimates that by 2020, the number of adults over age 60 in Frederick County will surpass the number of school age children. The county’s Seniors First initiative has identified critical needs that must be addressed to serve this aging population, ranging from increased transportation options for residents in rural parts of the county to the need to recruit geriatricians to care for the unique needs of older residents.

“When we look at what contributes to our health and well-being, only about 10 percent to 20 percent is considered to be attributable to clinical care,” says Dr. Barbara Brookmyer, Frederick County’s health officer. “There are many sectors working on the many factors or social determinants of health that are critical to optimal health and well-being throughout the lifespan.”

“Our members are reporting an average growth rate in head counts that is north of 30 percent,” he says. Even so, recruiting remains a challenge for these tech companies. Part of that is because many potential employees still think they need to go “down the road” to find a tech job.

But Thurman, who founded Swift Systems in Frederick 20 years ago, says Frederick County is now achieving critical mass in the tech sector. As a result, more and more companies are choosing to relocate—or start—here. Many are lured by the area’s high quality of life, the vibrancy of Downtown Frederick and what he calls “the extraordinarily effective” economic development departments of Frederick County and the City of Frederick. “I have never seen the level of public and private cooperation that we have here,” he says. “They really work with us. It feels like a genuine partnership.”

That partnership will be key to ensuring the tech sector, like other segments of the local economy, continues to find ways to serve new clients beyond its traditional bread-and-butter clientele of government contracts. “Although that work is a huge contributor to the local economy, we know it makes us vulnerable to federal belt-tightening and sequestration,” Thurman says.

That is why more and more tech companies are branching out—and finding that Frederick County’s rich agricultural foundation is a great place to do so. “We want to help farmers do things with big data,” Thurman says. That includes using GPS technology and computer-enabled combines that track acreage yields to help farmers plant with even greater accuracy for better harvests.

“We have all the right ingredients here to diversify,” Thurman says. “It is just a matter of leveraging the legacy of the charm, history and agricultural heritage of this area.”