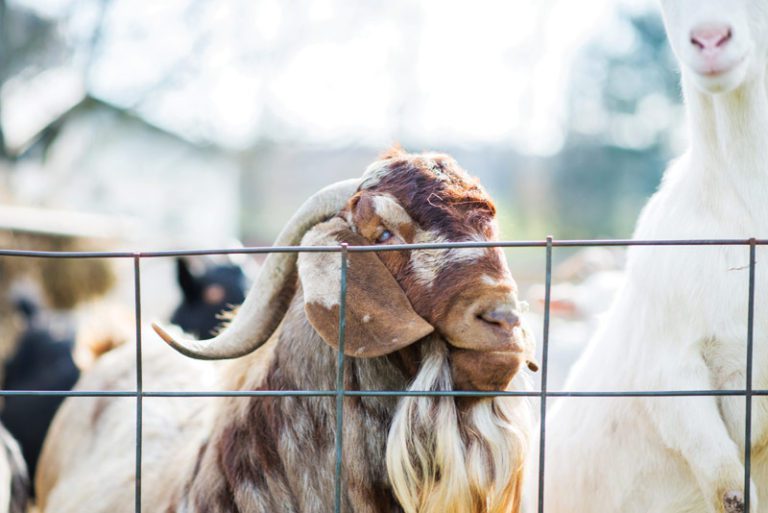 The truth is, the wild side has always whispered in Josh Strite’s ear. He just wasn’t sure what it was saying.

Initially, his path seemed clear. He was a fourth-generation dairy farmer. He earned a degree in dairy science and came home from college to be the herd manager for his father’s farm. But the experiences he had as a young man hunting at ranches with wild game left an impression on him. Once, at age 17, he decided to trade a wagon load of Timothy hay for a bighorn ram. He wasn’t sure what he was going to do with the beast, but he had the sense it would come in handy one day.

And he was right. When it became clear the family farm could no longer support two families, Strite found a job elsewhere. As time passed, he realized he missed farming; he just didn’t miss the cows.

He decided to pursue his dream of opening a hunting ranch. Ultimately, that idea didn’t work out, but another one did. Along with his wife, Tricia, and another partner, who is no longer involved in the business, he founded JT&R Exotic Meats on his grandfather’s former dairy farm in Middletown.

A visit to Strite’s operation can be a bit disorienting at first. Animals you’d expect to find wading through a rice paddy or gazing down from a snow-capped mountain now reside in a bucolic meadow scene worthy of a Grant Wood painting. One never knows what they’ll see around the next bend.

JT&R Exotic Meats raises water buffalo, wild boar, goats and bighorn sheep. It sells its products mostly at local farmers markets, but also supplies a few local establishments, including a restaurant in Washington, D.C. Wild meats are enjoying a place in the sun these days due in part to their high protein and low saturated fat levels. Some people simply prefer the taste.

Water buffalo is the new “bison.” It’s extremely lean and the taste is said to fall between the gaminess of the plains (American) buffalo and beef.

Consuming water buffalo meat may have a variety of cardiovascular benefits, according to a recent study in the European Journal of Clinical Nutrition. In addition to its low-fat, high-protein content, it also has a significant amount of omega 3 polyunsaturated fats. The one downside, for many chefs and home cooks alike, is that its extreme leanness can make it challenging to cook.

Given that water buffalo like warm weather and to be immersed in water, they are also a bit of a challenge to raise in Maryland. “They graze on grass 9, 10 months out of the year, but we have to increase hay rations in winter to help them get through the cold,” Strite says.

Wild boar raised on a farm—that sounds a bit like an oxymoron, but not true, according to Strite. “When people visit, they ask why the walls on the pens are so high. I simply say, ‘If they get out, it will be a modern-day Jurassic Park around here’,” he says. “There is no taming them.” But they are worth the trouble, as the meat is leaner and many people find the taste better than domestic pork with a flavor that tilts toward beef.

“It has a completely different profile,” says Zoe Brittain, outreach coordinator for the Common Market, which carries Strite’s wild boar products. “It is a darker meat and pairs well with richer, earthier flavors like red wine and mushrooms. A traditional pork sirloin would be lost in all that.”

“I traveled all over the country trying to obtain the finest genetics for my sheep. Whatever I do, I always try to do the best,” Strite says. “Now I have one of the best herds of shorthair, bighorn sheep around.”

He chose these sheep because they never need to be sheared and they are resistant to problems domestic sheep have. According to his customers, the taste is also milder than the domestic counterparts.

And while it is not exotic in the sense of some of Strite’s other offerings, goat meat isn’t exactly mainstream. It is, however, his best-seller. “It used to be that we sold mostly to people of different cultures who were used to eating it. Now, all types of customers are buying it because it’s low in fat,” he explains.

In fact, he has had so much demand that Strite recently shifted his focus from harvesting to breeding in order to build up the size of his herd. Strite raises all his own hay and the crops he feeds to the animals. He doesn’t have his own processing facility though, so the animals are taken elsewhere when harvested.

Eventually, the Strites hope to have a store on their property, where Tricia can do cooking demonstrations. “Part of getting people to use these meats is giving them a chance to sample it and learn how to cook with it,” says Strite. “We jokingly like to say our store would be like the TV show Hell’s Kitchen meets Cabela’s.”