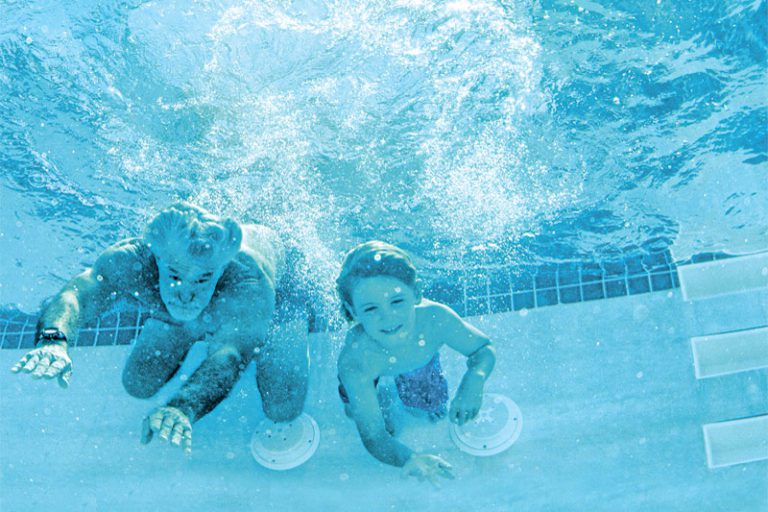 Redefining Retirement In a New Era

By sheer force of volume, they inspired demand for homes, schools and consumer products, buoying the economy and sparking a rise of suburban living. They put their stamp on music and pop culture, gender roles, civics and politics, embracing a reputation as free thinkers and independent spirits.

So why would anyone expect them to slip blithely into “old age” now that they are cresting into the over-65 demographic?  Sure, Grandma might enjoy sitting in her rocker—tracking her stock portfolio via Wi-Fi-enabled tablet or blowing up digital media with pics of the grandkids, the next day on her motorcycle touring the sights. Age ain’t nothing but a number, baby.

Well, almost. Silver locks can be sexy, but aching knees are a drag. The first baby boomers started turning 65 back in 2011 and 10,000-plus of them hit that milestone every day, according to the Pew Research Center. That’s a mass of folks saying “What now?” in unison. One Maryland study projects Frederick County’s 60-plus population growing from just under 38,000 people in 2010 up to 77,000-plus when the surge subsides in 2030. The number today is approximately 60,000 people. The group accounts for nearly 25 percent of the current U.S. population, so it’s no wonder they are already redefining the way we look at senior living.

According to Leading Age, a nonprofit advocate focused on aging issues, those consumers aren’t ready to give up control of their own destinies. The organization cites “Life Plan Communities” as a new category in continuing elder care, in response to boomers’ hunger for empowerment. It also confirms a trend toward lowering the age at which people decide to move into such communities, enabling easier transitions as they require higher levels of care and creating growth opportunities in the industry.

What do modern seniors want? “Meaningful living,” according to Kimberly Paddison-Herr, director of sales and marketing for Buckingham’s Choice, an Integrace continuing care retirement community near Adamstown. “We want to ignite in all people a passion for meaningful living,” says Paddison-Herr, with a qualifier. “No two people find meaning and value in the same thing. And that’s OK. Our job is to understand each person as an individual.”

That’s a big change from 10 or 15 years ago when residents seemed more resigned to let community leadership dictate parameters. “It’s kind of flipped,” says Paddison-Herr. “Things were very task driven. … Now the lifestyle is really resident-directed.” Her coworkers Dave Tooher, director of health and fitness, and Andi Walsh, director of recreation and engagement, work to make that happen.

Tooher explains that Buckingham’s Choice has three levels of living, including independent living homes (cottages and apartments) for those 60 and up; assisted living at Fountain View, and Terrace Gardens for comprehensive care (nursing). He’s excited about industry changes, especially related technologies.

About a year-and-a-half ago, Buckingham’s Choice added an iBalance machine that measures balance abilities and is programmed with game-based training exercises, similar to Nintendo’s Wii. Residents play/train by standing on a 2-by-3-foot plate and shift their weight to control an avatar.

In 2018, Tooher will add FallProof, an exercise series for groups of four to six people, spread over 12 weeks. In general, he encourages everyone to find something they like and keep doing it. He’ll ask new residents, “What did you like to do when you were a kid?” One client is 95 and still bikes. “He wants to keep biking for the next five to 10 years.”

Yoga and hiking feature regularly on the community’s schedule, but Tooher also understands the challenge of staying active, suffering from injury-related back problems himself. He offers modified activities whenever possible.

Colleague Walsh does programming, event planning and therapeutic recreation. She sees a trend toward spontaneous programs and less structured events. “The whole concept of meaningful living, to me, is doing what you want, when you want, with whom you want.” She is keen to accommodate residents’ requests. Responding to one suggestion, Buckingham’s Choice partnered with Urbana Regional Library on several programs, including a “Read & Play” with toddlers and infants. Residents also teach Ai Chi (aquatic exercise therapy) and do Reiki energy balancing for neighbors. “I think the most important thing is to understand that your body, mind and spirit are all linked,’ she says.

There’s real science behind the fun and games.

Life expectancy at the turn of the previous century was a mere 46.3 years for men and 48.3 for women. Now the average is closer to 80 for both genders, with a better chance than ever of hitting the three-digit mark. By the time the last boomer turns 65, the earliest born will be hitting 85. So, what’s the key to getting the most out of our three to four decades of bonus years?

Experts say being active makes all the difference. A 2003 study published in the New England Journal of Medicine explored “Leisure Activities and the Risk of Dementia in the Elderly.” Researchers qualified 469 subjects and followed them for 21 years, tracking functional limitations and cognitive activities, such as reading or writing for pleasure, playing games and participating in organized discussions, as well as physical activities, including tennis or golf, swimming, bicycling, dancing, exercise and housework.

The conclusion was: “Participation in leisure activities is associated with a reduced risk of development of dementia, both Alzheimer’s disease and vascular dementia.” Additionally, researchers found that benefits grew in tandem with frequent participation. In their example, a person who “did crossword puzzles four days a week [four activity days] had a risk of dementia that was 47 percent lower than that among subjects who did puzzles once a week.” Basically, science confirms the axiom “use it or lose it.”

Think of it as a prescription to have fun. That’s doctor’s orders.

North of Frederick City, Homewood at Crumland Farms opened its current location in 2000, after 21 years in Downtown Frederick. The community has since swelled to 500 residents, including its Willow Ponds Community for active adults 55 and over, which opened in 2012. Julie Norris, director of activities, is sensitive to residents’ desire to let go of burdens while maintaining control of their lifestyle. “People say, ‘When I retire I’m going to…’ Now is the time to do it.”

She mentions Homewood’s extensive travel roster and a litany of learning opportunities from painting and pottery to classes presented by Frederick Community College’s Institute for Learning in Retirement. Health, history, art and current events are always hot topics, but technology is on residents’ radar, as well. They ask for classes on how to run online businesses or how to use a certain app. (There is an iPad app that enables residents to schedule maintenance, sign up for events or check out the daily menu.) Residents run several discussion groups to delve into interests that were the foundation of fruitful careers, such as science or finance. Others channel their inner activist, taking a role in governance. There are resident representatives for every floor and aspect of life, even on Homewood’s board of directors.

Norris reinforces a common theme. “Any kind of activity, having a purpose and a plan every day, helps” smooth the transition and contributes to long-term health.

Cheryl Wright, acting director of marketing, chimes in. “Any time you’re doing something new, you’re opening up pathways in your brain.” Wright is on the verge of retirement herself and jokes about checking out the new pickleball court and putting green, coming soon.

Norris chuckles back, “I have had residents tell me it’s like living on a cruise ship here.” Applicants on the waiting list can buy a passport to enjoy Homewood’s amenities, including the saltwater lap pool, before making their final decision.

Edenton Retirement Community is a smaller facility that trades on a cozy atmosphere to build cohesive relationships. “It’s a more one-on-one experience,” says Lisa Ambrose, Edenton’s life enrichment director. Each building, and a 72-cottage independent living section, has its own life enrichment coordinator, so activities are offered in small groups and residents get to know each other. Ambrose organizes book and gardening clubs, outings to movies and restaurants, yoga classes and family barbecues. Yes, even bingo.

She says that residents’ sense of community extends beyond the property line. Some of Edenton’s most popular events are fundraisers for charities such as Meals on Wheels, Heartly House or the food bank. Their knitting club makes garments for amputees and newborns. Community members often volunteer to help peers who need more care.

Residents bridge the generations traveling to Tuscarora High School to see a play or hosting students from Ballenger Creek Middle School and local Scout Troops. They also pair with nearby KinderCare, doting on their youngest neighbors.

Ambrose, a 20-year industry veteran, spends most of her time in the memory care building. She says, “I believe that brain activity and exercise are both important.” Those with limited mobility can do seated exercises to maintain range of motion. And popular trivia contests can be modified appropriately for each division. There are smiles all around when the Edenton Airs resident choral group performs. Music’s positive effect on the mind and body is well-documented.

Even if you don’t live in a dedicated retirement community, there are plenty of opportunities to learn, grow and enjoy. The Frederick County Department of Aging is a good place to start. Their Silver Messenger Newsletter lists information on classes open to the public. Activities are free or nominally priced to cover expenses, with a scholarship program beginning this fall. This month’s roster includes a trip to the National Watch & Clock Museum in Pennsylvania and beginning kayaking classes. There is an intergenerational Arduino (computer programming and circuitry) class for pairs, one aged 50-plus and the other 12-plus.

Kitty Devilbiss, community services manager for the Department of Aging says, “We try to provide a variety to meet the interest and needs of a broad spectrum of folks. …We encourage everyone to start an exercise program.” There are four senior centers in the county: Frederick, Brunswick, Urbana and Emmitsburg. Frederick County Parks and Recreation is another good resource and the National Park Service host events that appeal to history and nature lovers.

While the senior centers cater to those 50 and older, Devillbiss says, on average, she is seeing younger, more active participants. Even those in their 20s or 30s should “think about retirement now. Don’t wait until your 50s. It sneaks up on you real fast. … Educate yourself before you need services. ” Introductory classes on Medicare and Social Security pop up regularly.

We may be living longer, but that doesn’t mean we are universally healthier or financially able to sustain extended expenses. This begs the question, how do we bridge the gap between being mentally or physically ready to retire and practical obligations?

With so many people working longer to make ends meet and diseases such as dementia, stroke and Parkinson’s appearing earlier in life, options such as Daybreak Adult Day Services in Frederick can be a quality-of-lifesaver. Daybreak provides a safe, structured environment and therapeutic programs for adults who aren’t independent enough to participate at a senior center. The Rocky Springs Road facility can accommodate up to 70 clients per day who currently range from ages 47 to 97.

Christina Forbes, Daybreak’s director, says, “We’ve had participants who still had children in college.” In addition to easing the burden on caregivers, she says, “We don’t let physical or cognitive impairments get in the way of having a good time here. It’s pretty dynamic. … We help people unobtrusively, so they don’t even realize they’re being helped.” Participants can feel and get the benefits of social activities. “More importantly,” stresses Forbes, “it keeps the spirit alive.”

If there is any distillation of the expert’s advice, it could be that no matter our age, living with purpose and joy makes all the difference in the world.