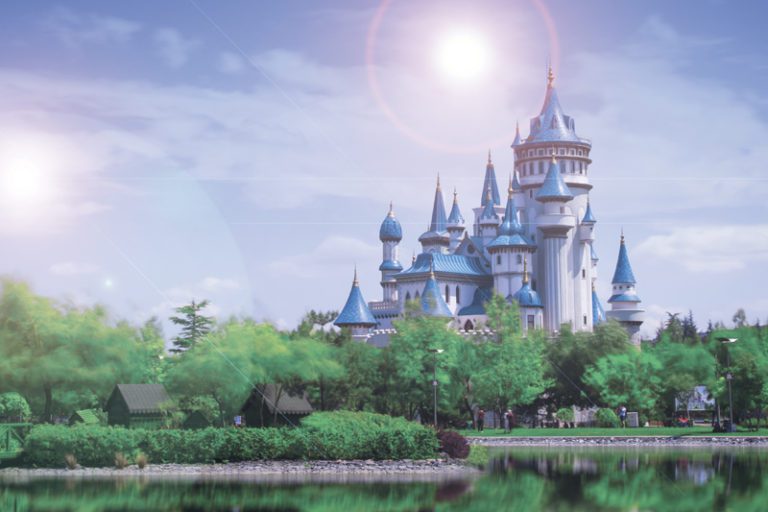 What a different county this could have been

Think of a 3,500-acre lake, 16 times bigger than Lake Linganore, supplying water to the region and a setting for lakefront recreation. Think of lanes on I-270 that, with the cost of a few dollars, would allow you to reach work in a fraction of the normal commuting time. Then there’s the high-end grocery shopping in Downtown Frederick, a tourist attraction near Jefferson, a slot-machine parlor off a major highway and a planetarium designed by the nation’s most famous architect.

At one time or another, all these had been planned for Frederick County.

Think of it as the county that almost was, for better or worse.

The massive lake would have been created by the Sixes Bridge Dam, proposed by the Army Corps of Engineers in 1969. The Corps was certain the booming postwar economy in the Washington, D.C., area meant the need for a new water supply.

The dam itself would have been built on the Monocacy River, a half-mile downstream of the Sixes Bridge. That’s about two miles or so northeast of Rocky Ridge and about a mile west of Keysville. The topography of the area was believed to be ideal for a dam since the eastern bank of the river was at the base of steep stone cliff and the western bank was a long, sloping hill.

Emmitsburg writer Michael Hillman discovered 1973 documents that projected a five-year period building the dam that was to be 2,250 feet long (700 feet of concrete and 1,550 feet of rolled earth) and 70 feet tall. The V-shaped lake created by the dam would have extended 12½  miles northward, just to the outskirts of Emmitsburg on Tom’s Creek. With a shoreline of over 53 miles, the lake would have flooded 3,500 acres of farmland. The reservoir would have been inside a 7,000-acre park for boating, fishing and swimming. The Corps also envisioned a nature preserve.

The cost for the project was estimated to be $38 million. But the actual cost, Hillman noted, was more than dollars. Seventy families would have needed to be uprooted and a number of historic buildings would have been submerged. “Because of the personal toll it would take on the families within the projected lake area, the dam’s proposal was met with wide and fervent opposition,” Hillman wrote.

Eventually, the idea dried up.

“I do think there was a lot of discussion but I don’t think it got any forward movement,” said state Sen. Ron Young, who has witnessed or at least heard about a lot of what Frederick might have been over the past four decades.

Then there was that proposal by the famed architect Frank Lloyd Wright. Chicago real estate mogul Gordon Strong had bought up most of Sugarloaf Mountain and in the 1920s he approached Wright to design an “automobile objective,” where people would drive to the mountain and enjoy the view, maybe with a picnic.

Strong said he wanted Wright to design a building that would enhance the enjoyment of views from the mountaintop, and stipulated that its appearance be “striking, impressive [and] … enduring, so that the structure will constitute a permanent and credible monument.”

Wright took liberties with Strong’s vision and unveiled an ambitious plan for a spiraling ramp for the cars traveling up and down the mountain. At the top of the spire would be a mooring post for dirigibles. His elaborate, some say fanciful, design even included space for a planetarium.

But Strong, you might say, was on a different planet over the idea, rebuffing it as impractical. The notoriously prickly Wright didn’t take the rejection well: “I have given you a noble ‘archaic’ sculptured summit for your mountain. I should have diddled it away with platforms and seats and spittoons for … expectorating businessmen and the flappers that beset them.”

But the never-to-be Gordon Strong Automobile Objective does have an interesting legacy. Wright made frequent use of the spiraling design he first proposed for Sugarloaf Mountain and, two decades later, incorporated it into one of his most famous buildings—the Solomon R. Guggenheim Museum in New York City.

In 2004, Maryland officials had proposed high-occupancy toll (HOT) lanes that would give Frederick commuters a speedy way to reach Montgomery County. HOT lanes, sometimes nicknamed by critics as “Lexus lanes,” would mean motorists could pay a toll for a faster drive to work and home, and non-paying motorists would have fewer cars in their lanes. Financed by tolls, the project had the benefit of adding capacity without severely pinching the state treasury.

The idea hit roadblocks. It didn’t have a lot of local support, and it didn’t have much support in Annapolis. In 2004, the state was led by Gov. Robert L. Ehrlich Jr., who was already spending political capital by advancing the Intercounty Connector in Montgomery County. The ICC, which connected I-270 with I-95, had been on the books for most of a half century, mired in bureaucracy. Ehrlich, being a Republican, couldn’t win many points with the Democratically controlled General Assembly for another ICC-like project for Frederick County.

But the idea never died. Toll lanes for I-270 are being proposed once again by current Gov. Larry Hogan. Will Hogan have more success than Erlich? Stay tuned.

Frederick was also a battlefield, briefly, for another skirmish between Ehrlich and the Democrats. Ehrlich favored slot machines as a means to support the Maryland horse industry. The idea was Marylanders were driving to Delaware, Pennsylvania and West Virginia to gamble; the gambling might as well happen inside the state’s boundaries.

House Speaker Michael Busch, at one point, pressed for a Frederick County location. “Frederick is a major thoroughfare so I think places like Frederick and Hagerstown become places that have serious consideration,” he told The Frederick News-Post in 2004.

Politics, of course, figured into the speaker’s motivations. Slot machine parlors were already a tough sell for Ehrlich. Putting a parlor, say, in Frederick County, possibly along U.S. 340, in Republican-rich District 3B, made it even tougher.

Slot machine parlors had one last foray in Frederick. A year after the Busch-Ehrlich imbroglio, local officials scuffled over whether a parlor could be built inside the city. Potomac developer William Rickman was thought to be pursuing one. Eventually, the County Commissioners overruled a city planning decision that would have allowed a parlor.

Some proposals amount to little more than wishing upon a star.

Remember Disney’s America? In the early 1990s, The Walt Disney Company had proposed to build a theme park built around American history near Haymarket, Va. Virginia didn’t cotton to the idea, and frankly, it’s hard to think anyone would. For example, one of the park’s experiences would be what it would feel like to be a slave. Seriously. Disney would later say it was shelving the “slave experience” exhibit.

Although the project had the backing of two Virginia governors, public opposition grew and  prominent historians calling themselves Protect Historic America opposed the commercialism of land so close to hallowed ground at Manassas National Battlefield Park. Disney eventually gave up on a Virginia site.

But then stepped in Maryland Gov. William Donald Schaefer—a big fan of the economic development possibilities through tourism. He was said to have reached out to the House of Mouse to say Maryland could accommodate Disney’s new theme park.

Although there’s little documentation to say Frederick County was his site of choice, this area does have the proximity to Washington, D.C., and the abundance of Civil War history the park planners were seeking. But eventually, Disney abandoned entirely the idea of Disney’s America.

Land-use decisions, however, meant the festival was unlikely to move to the property at Elmer Derr and Cap Stine roads, Weinberg told the commissioners. Those decisions, according to a report in The Frederick News-Post, meant it would be hard for the festival to get necessary approvals.

The festival remains at its Crownsville location.

Since then, Downtown residents have hoped a chain like Trader Joe’s would move in. It hasn’t. For a while, Frederick’s uber-restaurateur Bryan Voltaggio was interested in the site for a new concept restaurant. Voltaggio and the city couldn’t come to terms on fees.

Now we hear Common Market, the co-op grocery on Md. 85, is thinking to expand and the old Carmack-Jay’s site might be a legitimate contender. Stay tuned.

Sen. Young remembers a few other ideas that never materialized, such as people wanting an outlet mall that never gained any momentum.

And you might have heard about the ongoing fight to build a hotel and conference center along Carroll Creek? Young recalls the original plans for Carroll Creek included a convention center seating up to 7,000 people. He says he was working to get Mount St. Mary’s University to play half their home basketball games there along the creek.

Though the current proposal is greatly scaled back, there is still opposition. “No matter what’s being proposed, there’s always a group that comes up to fight it,” Young says.

One idea that never got past Ron Young’s head was the proposal to change the “Golden Mile” to the “International Mile.” Fifty languages are spoken along the road, he says, and lampposts could wave flags representing the nations, as well as U.S. flags. Globes, like the one outside the U.S. Open in Flushing Meadows, N.Y., could be at either end of the thoroughfare. “That calls back the diversity rather than the denigrating it,” Young says.

“I’m not in a position to do anything about that anymore,” he muses. “I just thought it was a good idea.”