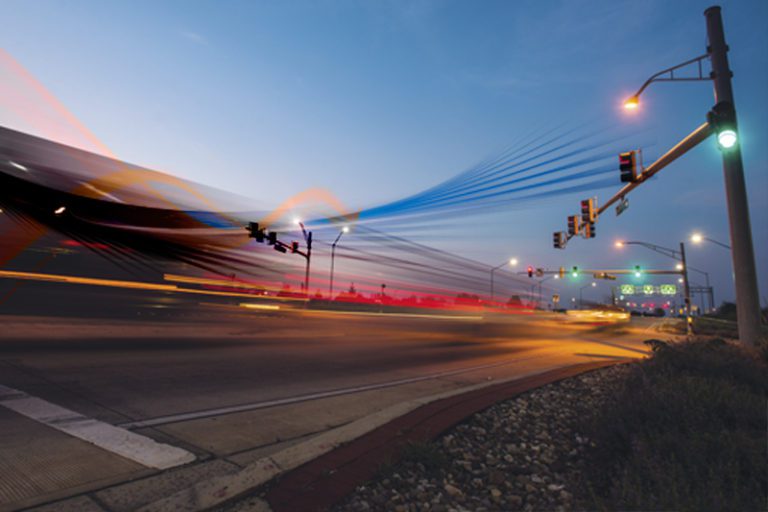 Can East Street Look Forward and Protect its Past?

Over the years, the structure had many lives, including use as a gymnasium and antique market, just to name a few. En-Net CEO Brian Sheffer says his firm chose the building because “we wanted to stay within city limits and we were looking for a property that had adequate parking and adequate facilities for our vendors to visit us. We wanted something that was very unique. … A building that had a lot of character and history to it.”

Today, the building maintains signs of its earlier uses, including the old gymnasium floor and a torpedo En-Net purchased and placed on a back gantry to symbolize the building’s history. Sheffer says the benefits of being on East Street include easy access to the property. “It’s entertaining for our vendors to come here,” he says. “They find us to be an extremely unique building.” Often, he will hear that they stopped in Downtown Frederick for a meal, to shop or just to take in the city’s beauty before heading back out of town.

“Over the last few years, we have seen new, very creative investment and adaptive reuse of some of the older buildings up there [on East Street] for other things,” says Richard Griffin, the city’s director of economic development. He cites the makeover of a vacant car dealership into chef Bryan Voltaggio’s Family Meal. At the same location is Rockwell Brewery, skateboard shop Pit Crew and Quartermasters Cigars. Habitat for Humanity’s ReStore also recently opened in the spot formerly home to Hobbytown USA. Just up the street is the city’s first green-certified apartment community, East of Market. “You have this rebirth on the east side of Downtown with a lot of exciting new businesses,” Griffin says. “… We’ve really seen a lot of investment and changes happen on Frederick’s east side in particular along the East Street corridor over the last two decades with momentum gaining in the last decade.”

“One of the cool things about East Street”

In early August, the mayor and Board of Aldermen unanimously approved a draft for the East Street Corridor Small Area Plan, which has multiple goals, including committing to the success of long-term nonresidential uses, supporting public infrastructure upgrade, extension and beautification opportunities, and building upon established anchor uses and areas. The principles aim to make the area walkable, vibrant, safe, connected, sustainable and attractive.

“We have created a vision for the future of this corridor and when I say we, I mean residents, business owners, property owners,” says Matthew Davis, the city’s manager of comprehensive planning. “It was a collaborative effort to get to this point. … If you look back 10 years ago, East Street was very different because it didn’t connect to I-70. Now East Street is the gateway into the City of Frederick so that, in and of itself, has changed the face of that corridor a lot. That is one of the reasons why we are tackling this.”

The approved draft is seen as a guiding document but has no regulatory teeth. The next step is implementation and within that some regulations could be established. “We do envision an East Street corridor overlay zone but that has not been created and, in fact, I envision that being a very public and collaborative process where we establish a working group that would include real estate professionals, obviously property owners [and] business owners in that area to come up with something that works,” Davis says. “The whole idea is not to limit anything anyone can do … but really to establish more flexibility for adaptive reuse and redevelopment of certain properties. Some will probably never change and that is perfectly fine. That is one of the cool things about East Street.”

Frederick City resident and East Frederick Rising President Julia Ferguson says her organization supports the plan. “We are very excited about what can happen in the East Street corridor,” she says.

The advocacy group also wants to ensure development and changes that occur in the corridor support existing businesses but with market creativity and “figure out a way to make this work so we bring the extension of a Downtown feel that some are looking for with shops, restaurants and walkability while still allowing businesses to exist.” Endorsing the idea of an overlay, the group’s main concern is, if all these new businesses are added, what will that do to traffic?

Alderman Josh Bokee has suggested an updated parking study and Alderwoman Kelly Russell raised the idea of having bike and walking paths and a circulator from Downtown. “I think it is important that as we look at how we are moving people that we look beyond just where do we physically park cars and trucks,” Russell says, “though I realize that is obviously a critical component. … People need cars. People need parking but I, again, want to emphasizew that the city is putting great emphasis on supporting alternative methods of transporting things and people around and I’d like to keep that front of mind.”

The intent of the plan is to encourage redevelopment and investment in the area that reflects the goals of the plan while balancing needs of current business and property owners. But during a hearing about the plan, several local industrial business owners and their representatives showed up to voice their hope that any regulations would not hurt their business and force them out of the city limits.

Scott Brunk, FoodPro’s president and CEO, says his business has been in the city for more than 80 years, employs over 120 workers and has plans to expand to an adjacent building in the next five years. “I was born and raised in Frederick,” he says. “I love Downtown Frederick and the way it is growing and I agree with a lot of the things going on.” He did address his concerns that if a rezoning were to occur where FoodPro’s warehouse would have to conform to mixed use, it would not be able to comply and would have to relocate.

If new regulations are established, they need to be mindful of East Street’s existing industrial businesses, says attorney Anne Rollins, who represents Dairy Maid Dairy. “The … future regulations should not do away with or do anything to cause existing businesses in these industrial properties to become nonconforming,” she says. “That is critical to their existence and their ability to continue to operate and grow and thrive. … Dairy Maid Dairy wants to continue its long-time presence in the city and to remain there providing employment opportunities and hopes that moving forward any of these potential future regulations don’t impact it, cause nonconformities or restrict its ability to continue to do that.”

Alderman Michael O’Connor stressed how important having a plan in place is to identify the needs and vision for an area. “Market forces have a really strong likelihood of overwhelming a plan,” he says. “The lack of a plan almost assures that market forces are going to take us in places that we are not even imagining at that point. I think for me I would always err on the side of putting something in place that begins to try and focus our attention on what it is that we want. … Our best chance to get the kind of city that we want is to at least make these efforts.”

Alderwoman Donna Kuzemchak, who once sat on the Planning Commission, says, “Zoning was and is still in many ways Euclidian,” she says. “You pick a property and you say, ‘That property is going to be residential’ and that is what that property is. You pick another property and you say, ‘It is going to be industrial’ and that is what that property is. …  I have been saying for the past, I don’t know probably a couple years, that I have completely fallen out of love with Euclidian zoning not that I ever was but I understood the purpose of it.”

“I think we are all on the same page here”

The next step is coming up with a zoning overlay. In an interview a week after the draft plan was passed, city planner Davis says, “What that exactly will look like, we don’t know because we want a lot of public input with that. The idea is to be more permissive in a sense that it would allow some of the larger industrial buildings to be reused as other things, perhaps residential, perhaps other kinds of commercial. The idea is to provide that opportunity and that flexibility while not limiting anything that they currently do. … We recognize the city has a strong industrial base. We want to protect that. The first goal of the plan is to commit to the long term success of nonresidential users. We want to make sure that is very clear.”

Davis plans on forming a group, including residents, businesses and property owners to work on crafting a zoning overlay but did not yet have a timetable for when the group would begin. “We want their input,” he says. “We want to know what works. What doesn’t work. What concerns them. What doesn’t. I think we are all on the same page here.”

Mayor Randy McClement noted one of his goals if voters give him a third term is to create a group to move the plan forward. “I’d like to get East Frederick Rising into the same tempo as the Golden Mile Alliance because we have a lot of activities happening on the east side,” he says, citing the Downtown Frederick Hotel and Conference Center and the Renn Farm property where more than 500 homes are to be constructed. He noted those areas are prime for development and some will help the City economy by creating more jobs.

The nonprofit Downtown Frederick Partnership also has several project-based goals for the area, including making the corridor more pedestrian-friendly by adding sidewalks. “Currently [the area] is very focused on vehicles and cars,” says Kara Norman, executive director. “I think there is a lot of potential for it to be a really important corridor for pedestrians as well. When you look beyond the East Street planning area and some of the new development that is occurring further east of the planning area that was just competed, we at the Downtown Frederick Partnership want the folks who are moving into those communities to view Downtown Frederick as their commercial hub and their place to socialize and go out to eat and buy a gift for their friend and all that kind of good stuff. That kind of activity from a pedestrian perspective I think is as important as the vehicular.”

Another goal is the development of the 56-acre Frederick Brick Works site at East and South streets which has been rezoned to mixed use. “Our goal for it is that it would increase the Downtown residential population, so we are thinking about new housing on that site and create connections between that site and the heart of Downtown so both locations are further activated by the development of the Brick Works,” she says. “We anticipate that there will probably be retail and if retail occurs we want that to be complementary to Downtown Frederick.”

The partnership has also helped to fund a study on redevelopment possibilities for the 4-acre U.S. Post Office site on East Patrick Street.

Griffin, the city’s economic development chief, says East Street is one of the most important corridors in the city because it provides direct access to I-70, Downtown, Frederick Municipal Airport and Riverside Research Park. The corridor can “perform at an incredibly high level for the community, both in terms of where people want to live and work and recreate. [The plan] is a great opportunity and I just think that we as a community looking forward to all of this is a real positive step.”