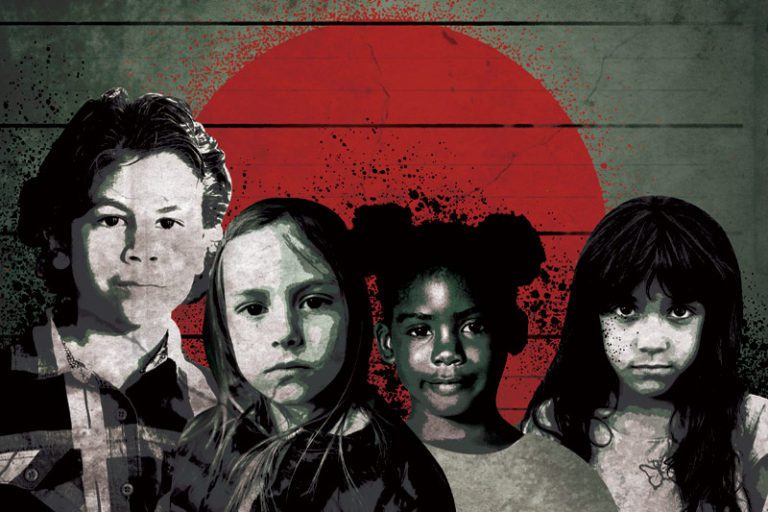 What childhood memories stay with you the most? Perhaps a new bike, your first touchdown or maybe even that first kiss? For many children, however, the most lasting memories of their youth are anything but pleasant. They involve watching someone they love be physically abused, or worrying about whether there may be food to eat, or if someone they care about may end up in jail. In many cases, memories of these negative experiences stay with them for life, often resulting in repeated cycles of poverty and violence in future generations.

A groundbreaking study by the Centers for Disease Control and Kaiser Permanente in the 1990s looked at the effects of child-hood abuse and neglect, referred to as adverse childhood experiences (ACEs.) The research revealed that as the number of negative experiences in childhood in-creases—things such as poverty, substance abuse and violence—so, too, does the risk for problems later in life. These can range from poor academic performance to unintended pregnancies, physical or sexual abuse and incarceration.

Now, if you think that doesn’t affect you, consider the price tag: In Frederick County alone, it’s estimated that the cost of child-hood traumas exceeds $45 million, due to increased welfare and education spending as well as criminal justice system expenses and lost worker productivity.

Lynn Davis, director of the Frederick County Citizen Services Child Advocacy Center, is working with other local organ-izations to raise awareness to the entire community of adverse experiences in children. “Up until now, we’ve only been addressing the results of these experiences, but we have to get ahead of it,” she says.

Getting ahead begins with recognizing the scope of the problem. The Maryland Department of Health estimates that 59.2 percent of the population in Frederick County has experienced one or more adverse experiences before age 18. Worse, experts caution data related to incidents of abuse and neglect may be conservative due to underreporting.

Science has revealed that exposure to violence, poverty or substance abuse has a measurable affect on a child’s developing brain. According to the American Academy of Pediatrics, “neural connections, which are particularly vulnerable in the early stages of life … can be disrupted and damaged during periods of extreme and repetitive stress—toxic stress—like that which is experienced during ACEs.”

Exposure to toxic stress has also been shown to reduce brain volume by as much as 20 percent, Davis says, noting that even a developing fetus can be affected when women live with chronic stress. And re-duced brain capacity means some children simply are not physically capable of doing what is expected of them. “When you tell a child who lives with chronic toxic stress to sit still and focus, the physiology and neurology may not be there for them to do so,” Davis says.

Anne Soule, director of family support services for the Mental Health Association of Frederick County, sums it up simply: “It’s a brain thing,” she says.

Not surprisingly, for children living with chronic stress and adverse experiences, school can be both a refuge and a minefield—and the challenges present themselves early. Research by Yale professor Walter Gilliam in 2005 revealed that preschoolers are expelled from school three times more often than children in kindergarten through 12th grade.

Yet science now supports the theory that students who suffer from social, emotional and academic challenges—kids who in the past may have been labeled “problems” or disruptive—may have physiological limitations that affect their behavior.

Frederick County Public Schools has started to include ACEs awareness training in its professional development programs for teachers and staff. “This subject is still so relatively new that we may have teachers who were hired just five years ago who may not have heard of this,” says Ann Hammond, the school system’s supervisor of psychological services.

Hammond credits members of the Frederick County Board of Education and Superintendent Theresa Alban for their commitment to support-ing the mental health needs of FCPS students. “We have recently added two school psychologists and two social workers to our staff,” Hammond says. In all, FCPS employs more than 25 psychologists who are each assigned two or three schools throughout the county.

The additional positions are good news, but unfortunately many children in Frederick County still don’t have access to the intensive support services they need. The Mental Health Association oversees the Court Appointed Spe-cial Advocates (CASA) and Voices for Children programs that recruit, train and support citizens to advocate for the best interests of abused and neglected children in legal proceedings.

These volunteers provide judges with information they need to ensure that each child’s rights and needs are being met while they are in foster care. “CASA volunteers are well-trained in trauma, and in many cases, are the only single, caring adult a child may have in their life,” Soule says. Yet because of limited funding, she concedes that only about 50 percent of the children in Fred-erick County who quality for CASA representation receive the services.

Just as FCPS is working to educate its staff about the impact of chronic childhood stress and adverse experiences, Soule and Davis are committed to educating the rest of the comm-unity about how childhood trauma affects everyone, not just those who live with it.

Soule estimates that she, Davis and a small group of other mental health professionals have given more than 70 presentations on the impact of adverse childhood events to groups that include everyone from camp counselors to incarcerated mothers at the Frederick County Adult Detention Center. “We believe that when we work together to raise awareness of this, everyone will do better,” she says.

When Dr. Timothy Wolfe, director of Mount St. Mary’s University’s human services program, heard the presentation he asked Soule and Davis to create and teach a special eight-week course on childhood trauma and adverse experiences as part of the school’s human services curriculum.

Working with Soule and Davis on these public outreach efforts have been members of the Frederick County Chamber of Com-merce Leadership Frederick program. Each year, participants in the program are asked to serve as “Leaders on Loan” by applying their professional insights and experience to assist a local nonprofit.

Sandy Wagerman was a member of the Leaders on Loan team that worked with the Mental Health Association to promote awareness of how childhood trauma affects the entire community. As a business develop-ment analyst for the Frederick County Office of Economic Development, the topic was new to her, but it didn’t take long to capture her attention—personally and professionally.

Like many, Wagerman’s understanding of childhood adversity and trauma began by taking the ACEs questionnaire, a simple 10-question, yes-or-no tool for measuring the number and kind of adverse experiences one may have had as a child.

“At first, I was under the impression that we were talking about a small percentage of people, but after I took the questionnaire, I realized that this is something that we can all identify with at some level, either personally, even in terms of how we take care of our own children, or how these experiences may impact an adult we know,” Wagerman says.

Matthew Holderfield was another member of the Leaders on Loan team that worked on the ACEs project. As a scientist and cancer researcher, he was struck by the data he reviewed on the topic. “Although this whole area of study is young, the correlations are really striking,” he says, noting that the link between the prison population and adverse experiences in childhood is signi-ficant. “There is definitely a cause and effect,” he adds.

Holderfield and Wagerman, along with their other Leaders on Loan team members, decided they could pool their scientific, marketing and legal insights to produce a colorful educational infographic that could be used during presentations to the comm-unity on childhood trauma and its economic impact. “We wanted to find a way to get the business community to care about this topic,” Wagerman says. “So we developed the graphic to be an easy way for people to see the impact ACEs have on our workforce.”

The Leaders on Loan infographic is just one component of a multi-pronged effort to inform the community about this relatively new area of social science so that more can be done to prevent and lessen the impact of childhood trauma and adversity.

and early childhood parenting education to Frederick County families. As part of the program, families can also get help with accessing and coordinating resources from other community organizations.

FCPS’ Hammond says that ideally, the goal is to address the impact of ACEs before children enter school, but she knows that may be an ambitious objective, for now at least. “The school system alone isn’t going to solve this problem. Mental health pro-viders alone won’t solve this problem. It’s going to take us working together with other partners,” she says.

As the Mental Health Association’s Soule says, the effects of childhood trauma impact the entire population, so the best way to tackle the problem is to encourage the entire community to work toward solutions that range from preventing physical, emotional and sexual abuse to ensuring families have access to safe, affordable housing.

Critics and skeptics of interventional efforts to support children in vulnerable situations may cite the costs—and in some cases, the effectiveness of these programs. Yet social science research indicates that ignoring the impacts of negative childhood experiences can be exponentially costlier.

As the Chamber’s Leaders on Loan team demonstrated in its research, the healthcare costs associated with ACEs in Frederick County are $8.6 million, while lost adult productivity tops $28 million. “From a statistical standpoint, the research is pretty compelling,” says Holderfield. “And this is just the tip of the iceberg.”

But to truly make a difference, child welfare experts stress that money is only one part of the solution. Whether it’s simply showing more compassion to a child who acts out or offering encouragement to a single parent who is struggling, preventing and addressing the effects of childhood trauma and adversity “is going to take effort from all of us, all the time,” Soule says.