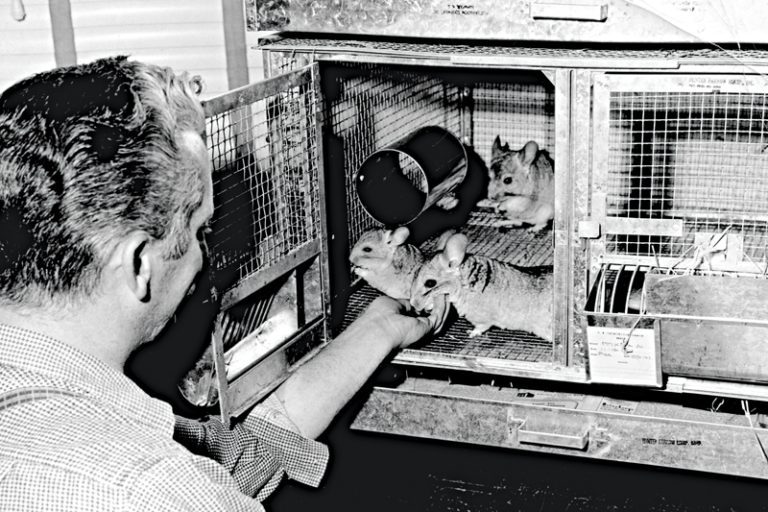 Marvin “Buck” Brown is photographed here at the Royal Blue Chinchilla Ranch in Frederick. Royal Blue raised breeding chinchillas for other farms and ranches. Chinchillas are originally from the Andes region of Peru but were later domesticated for the fur industry. They have unusually thick and soft fur, with more than 60 hairs per follicle. Due to their hair quality and color, chinchillas are still raised for their fur, although it is illegal to hunt wild chinchillas because of their status as an endangered species.

Prospective buyers at the Royal Blue could make an appointment to visit the ranch in the 1950s by calling Monument 3-4194. The name Monument referred to the section of the county the number came from, in this case Downtown Frederick. Within the Monument section there were numbered regions, in this case referring to a set of streets. The 3 area was Market Street and the surrounding alleys and side streets.