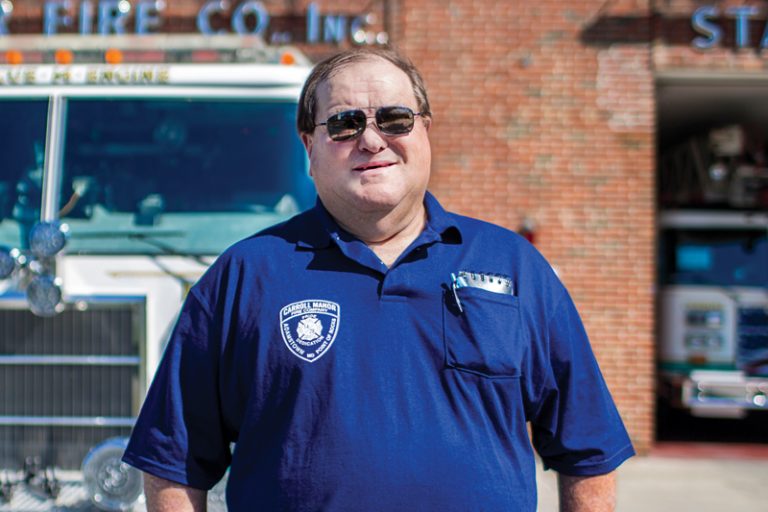 When and where is the location of the Carroll Manor Fire Company Carnival?

The 62nd annual carnival is being held June 12 through 17, just up the street from Fire Station 14 at 2795 Adams St. in Adamstown. We will have live musical entertainment starting on the first night with Debbie Williams and the East Coast Cowboys, followed each night with the Brandy Stills Band, Cookin’ with Fire, Inside Out, Donnie Wood and the Front Porch Boys, and on the final night is Brushfire.

Our parade is on June 14 starting at 7 p.m. We will have amusement rides every night, provided by Snyder’s Amusements. Our food stands will be open from 5 p.m. to 10 p.m. and will offer fried chicken, pit beef, crab cakes and fresh-cut fries. Proceeds will benefit the Adamstown station and also the station in Point of Rocks.

What is the history of the carnival?

The fire company was formed in October 1953 and the very next year was the first carnival. It has always been in June, a week before the state firemen’s convention. As far as I know, we have never missed a year, although the year when Tropical Storm Agnes came through with all that rain we postponed it until August.

I grew up in the area and remember my mom was involved in the auxiliary and helped with the cooking and my dad helped with the games. The carnival was something we looked forward to. One interesting part of the history was that Patsy Cline performed here in the 1950s.

What is involved in planning the carnival?

We have to make sure all the nights have musical entertainment and that we have ordered all the food that’s needed for the week. Auxiliary president Martha Houck handles those details. We have anywhere from 15 to 20 people working at different times. It is hard to get help these days, especially since most families have both parents working to make ends meet and they don’t always have the time to help.

I believe it is the good food and the family atmosphere. Also, the rides are very popular. We feature wristbands every night so you can ride as much as you like for $20 from 7 p.m. to 10 p.m.

With the carnival grounds being sold, what are your plans for next year? What alternatives do you have to raise funds?

I cannot comment on this question until we go to final settlement [on the property]. Aside from the carnival, we sponsor fundraisers through the year, including Bingo games and soup and sandwich sales, plus a food stand at the Great Frederick Fair.