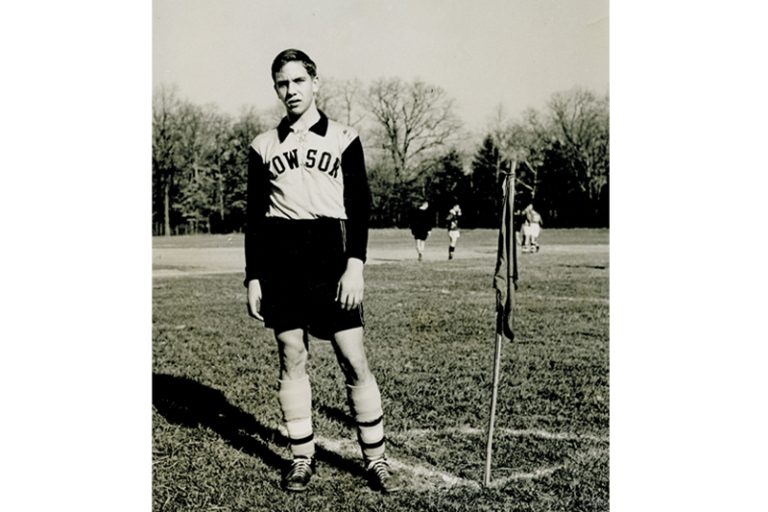 This rather relaxed young man is Jack Zimmerman, a Frederick resident and student at what used to be known as Maryland State Teacher’s College at Towson (today’s Towson University). Zimmerman’s calm is surprising because he is photographed at the 1951 Olympic Trials. These trials were for the 1952 Summer Olympics in Helsinki, Finland. Based on the uniform and a notation on the back of the photo, Zimmerman was trying out for the U.S. Football (soccer) team in the position of outside right guard.

According to the official Olympic roster, Zimmerman didn’t win a spot on the team, but he did avoid being part of the ensuing Olympic embarrassment. The Americans normally left training of the national soccer team to officials from the American Soccer League, but by all accounts the team didn’t have nearly enough experience individually or as a team. The U.S. team lost 8-0 to Italy in the preliminary round of competition and was eliminated.

After the quick defeat, the American Soccer League restructured its entire development strategy for the national team, including forming the team earlier in the year to allow up to six months of training. Ultimately Hungary won the soccer gold medal in Helsinki, beating Yugoslavia 2-0.