Too Pretty to Toss 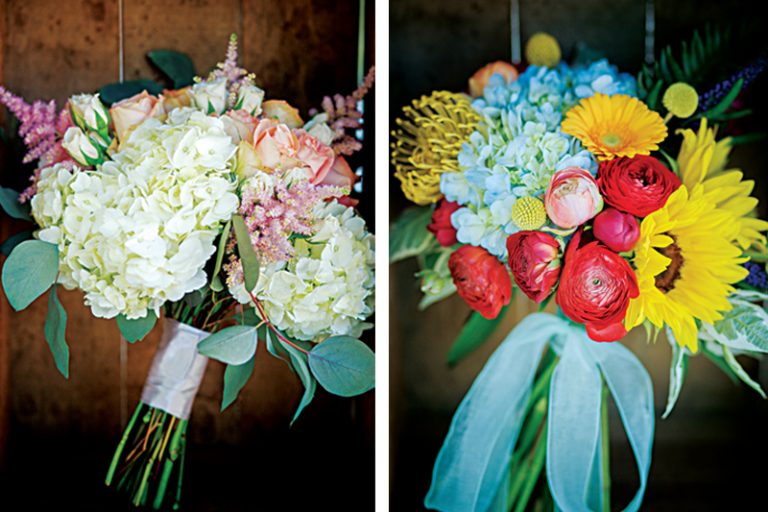 Weddings, by their very nature, are full of traditions, from the wearing of a white gown to the bouquet of flowers the bride carries while walking down the aisle.

According to historians, bouquets started out as a way for the bride to smell nice on her special day—especially during the 15th century when people took their annual bath in May and generally married in June. Strong-smelling herbs and fragrant flowers were also thought to be effective against evil spirits. In ancient Greece and Rome, the bride and groom both wore a flower garland around their necks.

Today’s bride tends to want a more natural-looking bouquet with more greenery among the blossoms, says Melissa Popple, who owns Candlelight Floral Designs in Middletown along with her husband, Chris. Brides also trend toward carrying the flowers that are in season on their wedding day.

“A bouquet is a way for them to personalize,” she says, such as tying the stems with grandma’s handkerchief or draping a locket with a special photo inside among the flowers. Bouquets are front and center, the florist says, “They’re in all the photos and will be on the wall for years.”