Look Back: Races and Relays 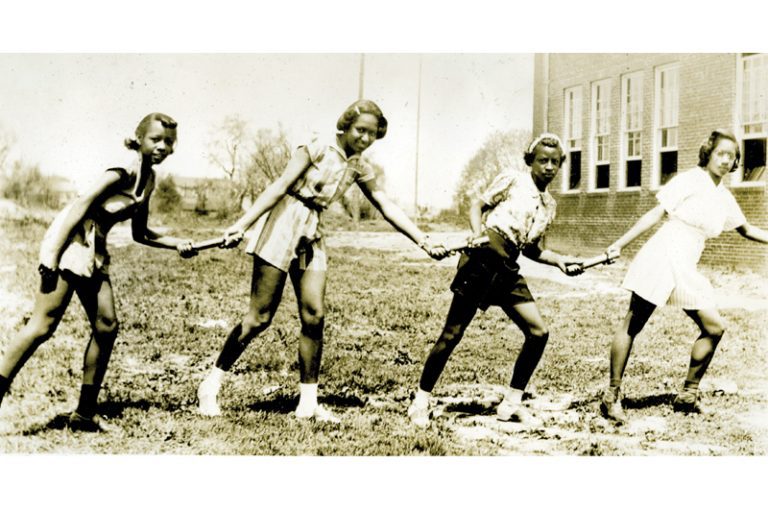 Lincoln High School was the only all-black high school in Frederick County before forced integration in 1958, when African American students earning A’s and B’s were offered enrollment at Frederick High School and other students were allowed to attend their appropriately districted schools.

Lincoln students received secondhand books from other schools and suffered from other disadvantages, but that didn’t stop these four students from winning the Maryland state 4×220-yard relay. All that is known about this photo is it was taken sometime between 1956 and 1960. Track records are difficult to follow today because during the 1950s and 1960s there were separate black and white athletic conferences, mixed conferences (with both all-black teams and all-white teams competing), and conferences with integrated teams. It is unclear in which conference this Lincoln team competed. The site of the high school is now Lincoln Elementary School.