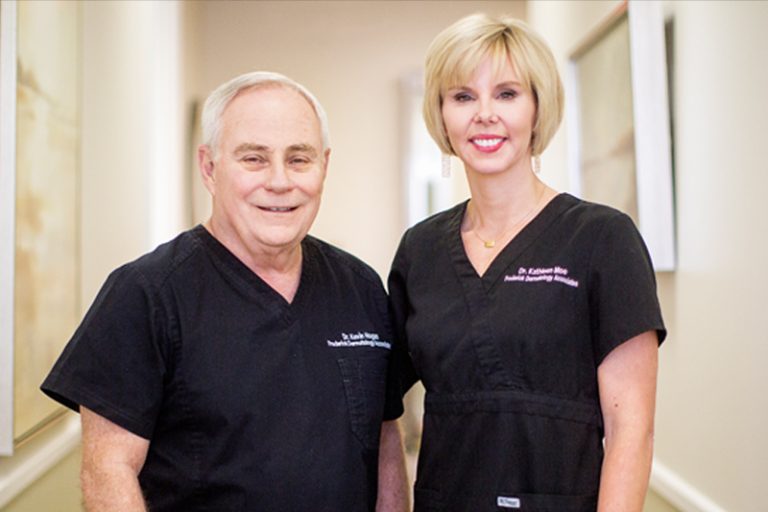 Doctors Battle Skin Cancers With a Variety of Treatments

This is the time of year that many of us will open the drawer that holds our summer shorts and peruse the side of the closet that hosts sleeveless shirts. Some will say how they need to get some sun to make their bare legs and arms more presentable, but before you go running outside know that catching rays beneath the pretty skies may lead to an appointment with a dermatologist.

According to the American Academy of Dermatology, skin cancer is the most common cancer diagnosed in the United States, with estimates that one in five residents will develop the disease in their lifetime. About 9,500 U.S. citizens are diagnosed with skin cancer every day, according to the organization.

There are three main types of skin cancer: basal cell carcinoma, squamous cell carcinoma and melanoma. Basal cell is the most common form of the disease and appears on patients as a permanent pimple. Squamous cell is a firm bump, scaly patch or sore that reopens often. Melanoma, the deadliest form of the disease, can be detected through moles that have changed their shapes or appear as new dark spots on the skin.

Many of you may now be looking at your skin in the mirror for any of the signs but your best bet is making an appointment for a head-to-toe skin check with a local dermatologist. Frederick Dermatology Associates’ Dr. Kevin Hogan says he spends time educating patients on what to look for during an at-home skin check. “We talk about looking for ‘The Ugly Duckling’—a mole or a growth that doesn’t look like the rest of things that you have,” he says. “But the truth is dermatologists see them more easily and quickly at smaller sizes.”

He adds, “It’s just a matter of having a well-trained eye identify things so that [spots] can be treated when they are smaller and earlier. It is particularly important for melanoma; if you get it in the early stage before it has spread to lymph nodes, the survival rate is 98 percent. That can go down, however, if it is a deeper tumor that has involved the lymph nodes. Early diagnosis is the key to successful treatment.”

The Cosmetic and Skin Surgery Center in Frederick also does skin checks for patients. Dr. Michael R. Warner says the most common thing patients say during a check of a suspicious area is, “It is a pimple that won’t go away.” “So I tell all my patients, ‘Anything that looks like a pimple that is growin’ instead of goin’ [needs to be checked],” he says.

The frequency of skin-check visits vary from patient to patient. “It depends on what their skin looks like,” says Frederick Dermatology Associates’ Dr. Kathleen Moe. “If they have had a history of skin cancer, generally we do [a check] at least once a year. Some people who have had more basal cell, squamous cell or melanoma, generally they are more frequent. They are going to be around [every] six months.”

A dermatologist who finds an area that is suspicious will often biopsy the area during the same visit. Once a diagnosis is made, treatment can vary depending on what type of cancer is discovered and the location. Simple procedures may include scraping and electrocautery of the area or an incision cutting around the skin cancer. A more in-depth procedure called Mohs—named for the doctor who pioneered the technique—involves a surgeon cutting out the diseased area and an additional layer of tissue. After examining the extracted area under a microscope, the surgeon may have to take additional layers until all cancer has been removed.

Precancerous spots are also treated before they can develop further by sometimes freezing spots with liquid nitrogen. “Generally, you don’t need surgery to remove those unless you are suspicious that is going toward a squamous skin cancer, which it is a precursor for,” Moe says. If a person has multiple precancerous spots, then a broader treatment is discussed. “A prescription cream [patients] apply specifically targets those precancerous changes where their immune system fights against them. [The affected areas] get crusty and scabby, and after two to three weeks of applying the cream the precancerous changes go down in the whole area.”

Frederick Dermatology Associates also offers those with precancerous growths photodynamic therapy (PDT) where medicine is applied to the affected area. A blue light is used to activate the medicine to target the precancerous areas. “Usually you do [PDT] every two to three years,” Moe says.

Skin cancer is commonly found in areas that are exposed to sun such as the arms, legs, back and neck. Once areas are treated, some may worry about the scars a surgery may leave behind. “We definitely can redo a scar,” Moe says. “Generally it is not going to be a scar-less surgery, no matter what. The good thing that we have here—because we are fully medical, surgical and cosmetic—awe a spectrum of lasers that can resurface a scar in order to make it look less noticeable for patients. The newest literature on that shows that the sooner that you resurface the scar with a laser the better that the scar will turn out. You still need a good surgeon to do the surgery to begin with, because that increases your chance that you are going to get a good-looking scar from the get-go.”

One of the most recent treatments to reduce scarring is through “micro-needling” in which tiny needles are used to get the collagen to turn over so the scar heals better. Another treatment, a pulsed dye laser, helps with discoloration. “Most of the time you are going to undergo three to five treatments of either one of those lasers or a combination of those lasers depending on what the scar looks like because every scar is different,” Moe says.

Warner says his practice also does laser resurfacing to help buff and contour scars. “We almost never have to do it,” he says. “… Our job, as reconstructive surgeons with a cosmetic emphasis, is to create the most subtle scar possible. Most of the time people don’t come back in for any kind of scar revision.”