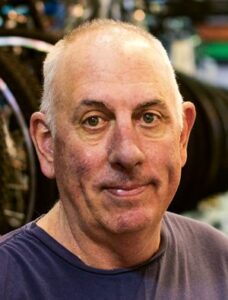 Q: Now that it’s spring, what is some advice before heading out on your bicycle?

Just as with a car or truck, your bicycle needs to be checked by an expert to make sure it’s in good running order, Peperone suggests. “Bring it into the shop to make sure it’s safe to ride.” Another safety consideration is the helmet. “You should replace a helmet every four to five years,” he says, since the helmet material hardens over time and doesn’t offer as much protection.

A new protocol being suggested for riders is the use of daytime running lights on their bikes. The lights flash in a random pattern to attract the attention of motorists, Peperone says, adding that wearing bright clothing contributes to visibility, especially bright shoes that are moving up and down on the pedals and tend to attract attention.

Peperone says he averages two three-hour bike treks weekly, mainly in northern Frederick County where there are back roads and beautiful countryside, including the parks in the Catoctin Mountains and farmland. “They are scenic and also the safest roads,” he says. Remember to look for information about the annual Bike to Work Day on May 19, an event that highlights the exercise and environmental benefits of swapping your car for a bike. 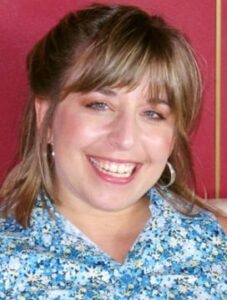 What are your favorite spring flowers?

As a huge fan of The Andy Griffith Show, what are your favorite episodes?