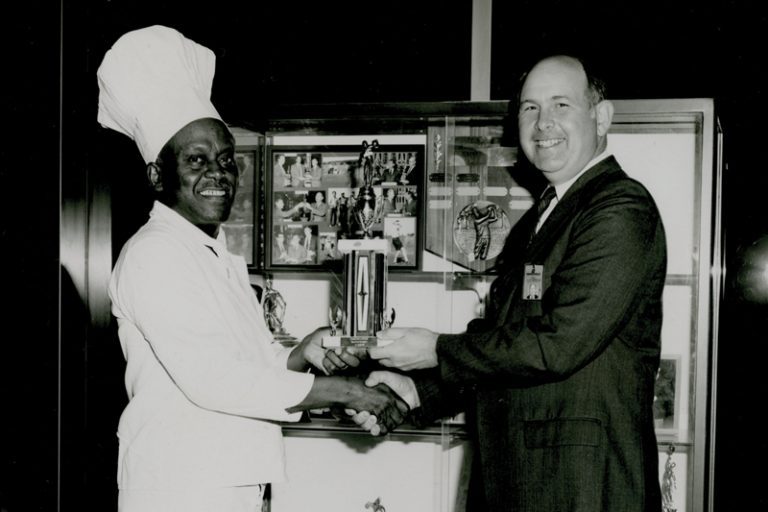 Floyd Dixon was the chef at the Frederick Scott Key Hotel from May 1954 until its closing in 1975. Dixon began work at the hotel as a steward in the kitchen before being promoted to head cook and eventually chef. In January of 1954 the Francis Scott Key’s stockholders reported the hotel’s food service and spotless kitchen were a credit to Dixon and supply manager Theodore L. Semler. During World War II, Dixon served as a private in the 15th Replacement Control Depot at Daniel Field in Augusta, Ga. At Daniel Field soldiers and supplies were staged to be shipped to the Allies in Europe. Dixon served as a cook for the base and after three months of service his commanding officer, 1st Lt. Albert V. Burns, wrote a formal commendation, stating, “[Pvt. Dixon] is enthusiastically recommended as a soldier of excellent character who will acquit himself with credit wherever he is placed.” In this photo, Dixon is receiving the trophy for winning third place in the 1972 Fairfield FSK Hotel Employee Golf Tournament.