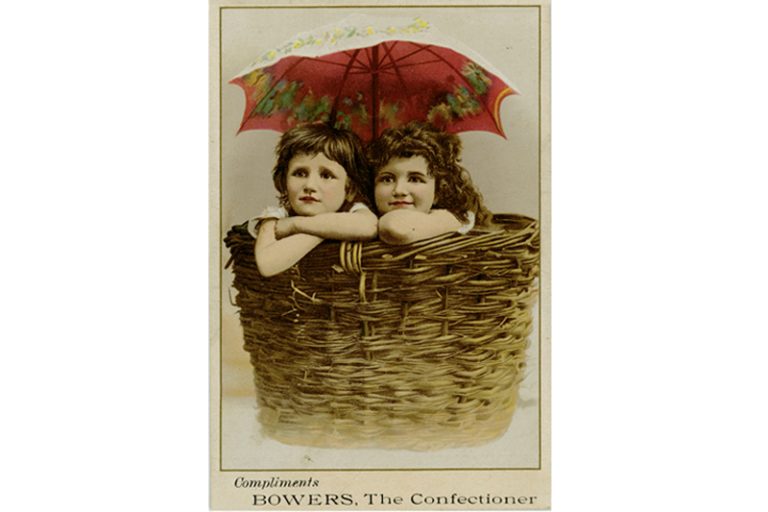 This advertising card is from Bowers, The Confectioner, a business that was located on 31 N. Market St. in Downtown Fredrick. Near the end of the 19th century and the start of the 20th century, confectionary shops, selling candy and other sweet treats, were very popular in the United States.

Records indicate that in January of 1889, the shop was sold to Ralph Bowers from an unknown member of the Bowers family. After 1889, the confectioner either changed names or ceased operating. In 1937, the shop was mentioned in a “50 Years Ago” article in The Frederick News-Post that looked back at one of the advertisements Bowers had in the newspaper in 1887. The ad encouraged people to buy the shop’s new fountain sodas and milkshakes.