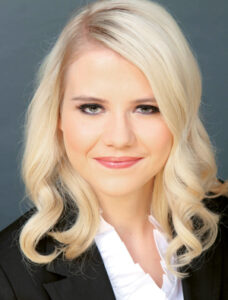 Throughout nine months of being kidnapped— starting when her captor held a knife to her throat while she was in her bed sleeping—Elizabeth Smart says it would have been “so easy to have given up, but I always came back to the idea that despite all that had been taken away from me, I still had a family that loved me and I knew that would never change.”

Smart is part of this year’s Frederick Speaker Series and will be telling her story, seeking to inspire others, at 7:30 p.m. on Feb. 23, at the Weinberg Center for the Arts at 20 W. Patrick St.

Smart was taken at age 14 from her Salt Lake City home in June, 2002 by a man who saw himself as a prophet and had once worked for her family as a handyman. Accompanied by his wife, the man carried out unthinkable horror, including daily sexual assaults, keeping her tied to a tree, withholding food and water while at the same time forcing her to consume alcohol, marijuana and other drugs.

Near the end of her captivity she recalls enduring her deepest despair. After the man stormed out of their woodland camp, she and his wife were left without food. “For water we had to capture rain from a tarp,” she says. “I remember thinking I had survived nine months and was going to end up dying of starvation. I hoped I would have a good sense of humor in the next life.”

In March 2003 someone recognized Smart, even though she was disguised, and police arrested the man and his wife. Smart returned to her family that same day.

In a phone interview, Smart says she credits her parents for helping her readjust to her previous life. “They let me decide about counseling, therapy” and where she would go to school. Being able to make some of those decisions was important, considering “I couldn’t even go to the bathroom without asking” when she was captive.

The second of six children, Smart also said that her siblings treated her the same as before, so there was little uneasiness in the family, plus “I had three really close friends.”

Smart went on to attend college, write a memoir, My Story, and start the Elizabeth Smart Foundation for predatory awareness. Married in 2012, she has a daughter and is working on a second book about others who have faced difficulties. “They are people well-known and not so well-known,” but people with compelling stories that should be told, Smart says. www.frederickspeakerseries.org